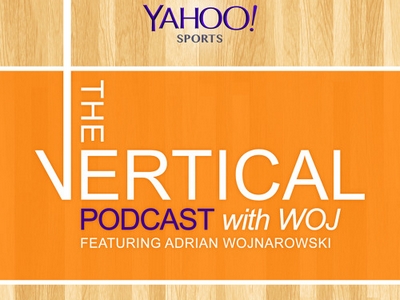 DraftExpress
@DraftExpress
Givony and Woj discuss possible trade scenarios and draft picks as they could unfold Thursday night in Brooklyn  from the lottery through the late first-round. Woj gives insight into draft strategies of teams throughout the lottery  and possible player targets of teams looking to trade out picks for veteran stars.

Givony and Woj also discuss The Vertical's live draft show on Thursday night and how they'll be bringing the latest draft information to viewers in real time.

1:14: The uncertainty among teams entering the draft.

3:27: How the draft starts at No. 3 and No. 4. with Boston and Phoenix hoping to trade for veteran players.

5:57: Philadelphia's interest in trading up for Kris Dunn or acquiring another point guard.

11:41: Why there will likely be many draft-night trades.

18:00: The mid-lottery prospects with the most star potential, including Dragan Bender and Jaylen Brown.

21:13: The possibility of two-way contracts between NBA and D-League teams in the next CBA.

23:50: Which countries have the next great groups of young players?

26:05: The successful job USA Basketball has done to develop players.

27:35: What Ben Simmons need to show during his rookie season.

34:51: The dwindling amount of lucrative overseas deals for American players.

37:04: The impact of agents limiting information to teams.

Click here to download the podcast on iTunes, or listen here or on Yahoo Sports. Stitcher and Pocketcasts are two more options.

Tune into our live NBA Draft show on the Vertical starting Thursday at 7pm EST, via Yahoo! Sports.
Read Next...