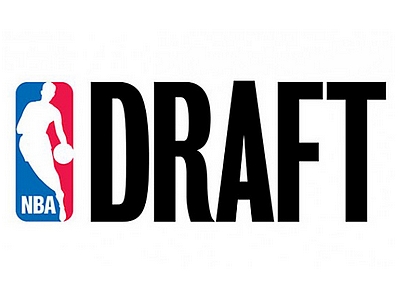 Jonathan Givony
@DraftExpress
This article was originally published on the Vertical on March 24th. Find it here in it's original format.

In a surprising but welcomed move, the NCAA announced in January significant changes to its rules regarding collegiate underclassmen's ability to test the waters of the NBA draft.

It's necessary to note that these are NCAA rules, not NBA ones, which is important because the organizations conflict in one key area that might give some freshmen pause this April before electing to throw their names in for the June 23 draft.

From 2009-15, any collegiate underclassman who made himself eligible for the NBA draft and appeared on the NBA's official early-entry list lost his college eligibility. The NCAA eliminated the ability of underclassmen to test the waters and withdraw from the draft, meaning the list NBA teams received at the end of April of each year was, for all intents and purposes, the pool of college players they would be choosing from.

Because this was an NCAA rule and not an NBA one, international players outside the U.S. could still withdraw 10 days before the draft. The collegiate student-athletes who entered the draft had no other realistic recourse but to stay in.

The previous rule was implemented at the behest of head coaches from the ACC. This rule was self-serving and incredibly tone-deaf, and actually made very little sense with the convoluted way the NCAA tried to implement it. Still, it had some long-lasting and important consequences.

Here is a breakdown of the new rules going into effect immediately starting this spring:

 The NCAA will allow college basketball players to enter and withdraw their names from the NBA draft an unlimited amount of times over the course of their four-year careers. It's important to note that the NBA has its own rule, which it may elect to change in the next Collective Bargaining Agreement with the players association. It states that non-automatically eligible draft prospects, which doesn't include 1994-born international players or NCAA seniors, can only withdraw from the draft twice and become automatically eligible in the next draft following their second time withdrawing. Both rules combined mean players can be in the draft up to three times, following their freshman, sophomore, and junior seasons, or as a sophomore, junior and senior.

 NCAA underclassmen are permitted to attend the NBA Combine and participate in one private workout at each of the 30 NBA team facilities.

 NCAA underclassmen who are invited to the NBA Combine are allowed to work 12 hours per week with their college coaching staff at their home facility to help prepare.

 NCAA underclassmen have until May 25 (10 days after the NBA Combine) to withdraw their names from the NBA draft and keep their college eligibility. International players will continue to follow the NBA deadline, which is 10 days before the NBA draft.

What the changes mean for NBA teams

The new rules have far-reaching implications, but NBA scouts and executives The Vertical has spoken with are split firmly into two separate camps: those who love them and those who hate them.

Those who liked the old way appreciated having a set list of draft-eligible collegiate underclassmen on April 30 of each year. Players would hire agents relatively quickly and the lines of communication would be clear and open for doing all the necessary work required to prepare for the draft. Teams would then have nearly two full months to conduct private workouts, watch film, gather background info, study the players' medical history and perform psychological testing.

Very few NBA workouts would be conducted in May because agents prefer to host their players at private workout facilities to get them ready.

Agents of prospects projected to go in the lottery would have no interest in visiting with teams until they knew the exact order of the NBA draft, which is set in mid-May.

Now, things are totally different. Hundreds, if not thousands, of NCAA underclassmen will make themselves eligible for the draft in late April because really they have nothing to lose. May will likely be somewhat of a free-for-all with NBA teams looking to conduct as many private workouts as possible with as many players as they can.

Some NBA teams consider themselves to be embroiled in an arms race to collect as much information as possible about every player. Some NBA teams may elect to bring hundreds of players into their facilities, fully knowing many of them will ultimately withdraw from the draft. Other teams, particularly those in the playoffs and/or without multiple picks, may simply sit on the sidelines and wait to see who ends up on the final list after underclassmen are forced to make a decision May 25.

NBA executives aren't just interested in this info for their 15-man rosters. They now have a full slate of future players they will need to make decisions on for their NBA Development League squads as well.

Because every player on an NCAA roster could theoretically be eligible for the draft, it's important to cast a much wider scouting net and make sure scouts and executives have firm opinions on younger prospects who may one day develop into NBA players.

If a team can select a player in the second round who might develop into a lottery pick in a year or two, should a team do that? The number of open roster spots is extremely limited, but there is no question that some younger players will be lured into staying in the draft with the promise of guaranteed second-round money.

For example, Kris Dunn will be a lottery pick in 2016 after spending four years in college. But what if an NBA team could have drafted him in the second round (with the lure of a guaranteed contract) after his first or second season at Providence? Oklahoma's Buddy Hield will be a lottery pick because of an incredibly prolific and efficient scoring campaign as a senior. But he received a mid-second-round grade last spring and was there for the taking from any NBA team willing to make a commitment to him when he was waffling over whether to enter the draft. Things never got that far because he was forced to make a decision in April, but if he had the entire month of May to roam around NBA team facilities, would he really have done the same thing? It's difficult to say.

For the Philadelphia 76ers, with a roster full of D-League-caliber talent, it might make sense to use their collection of second-round picks on players who could end up becoming significant assets down the road.

Few industries are more competitive than the NBA. Expect the smartest and most hard-working teams in the league to use every advantage at their disposal to try to gain an edge.

We really don't have any clue about how much or little the new NCAA rules will change things, but it will be fascinating to see how things will shake out.
Read Next...