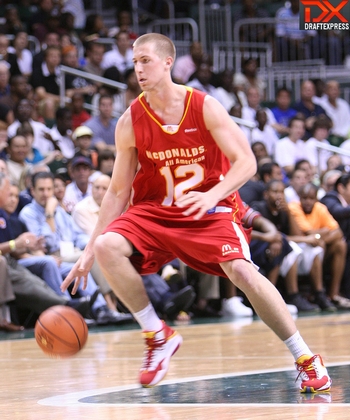 Mike Schmidt
@DraftExpress
David finished the game with 9 points and 5 rebounds, and had an impressive turnaround jumper late in the game. He moves well without the ball, and had a nice backdoor cut that led to an easy two points. David appears to be a little further along on the defensive end at this point in time. He had a clutch block late in the game, and he used his length well throughout the game on the glass.

The Wear twins will really get a chance to shine next year, with Taylor King out of the picture. Both can play defense and shoot the ball well at this point, and they will now have a chance to prove they can be go-to players.
Read full article