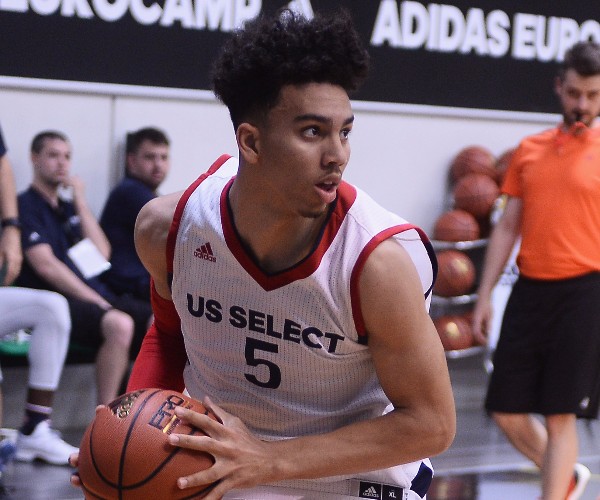 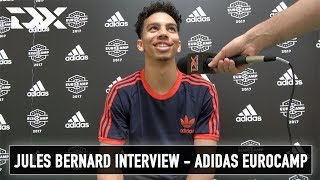 Playing in his hometown of Los Angeles, the Junior at Windward High School looked comfortable competing against players mostly older than him. The lefty guard followed up his strong showing with the Compton Magic at the Adidas Gauntlet with another solid five game performance. He led Team Lillard in scoring at 15.2 points per game, doing most of his damage inside the arc. He hit only 3 of his 13 attempts from beyond the arc, but found other ways to score the ball, finishing 57% of his 2 point field goal attempts. 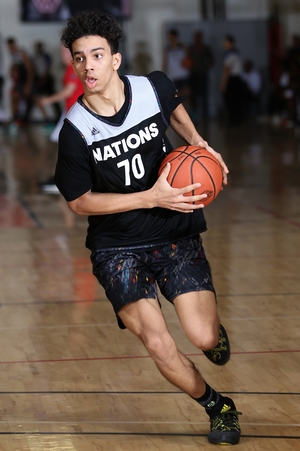 Bernard has very solid size for the shooting guard position, and although he is not the most explosive athlete, he is smooth with the ball in his hands. He can handle it a little bit, and shows good change of speeds, particularly with his left hand which he uses predominantly to attack the rim. He has the ability to score the ball in a variety of ways, with floaters and in transition, and although he didn't shoot it consistently at the Adidas Nations, he looks like he has decent form and soft touch which he showed nicely on a few pull up jumpers.

He'll need to polish his ball handling abilities as he continues to develop, as it this point he is mainly a left handed driver. He knows how to score the ball and though that may be his best skill, he'll need to develop his passing ability and make more of an effort to facilitate for teammates.

On the defensive end of the floor he has some room for development. Most of the time he looks very straight up and down on defense, and doesn't have the length or quickness to make up for it. Bernard showed over the course of five games that he is an adept scorer in a variety of ways, and looks very smooth on the offensive end of the floor. He'll have two more years of High School Basketball left at Windward to develop his game before he makes his college decision.
Read full article