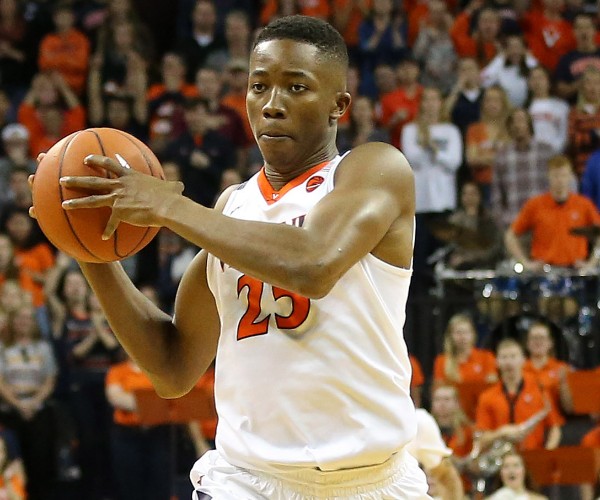 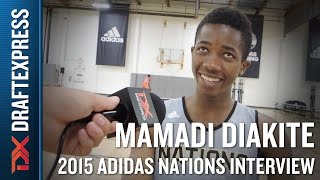 Strengths:
-Strong frame, particularly in upper body. Gigantic wingspan. Big hands
-Very good athlete. Runs floor well. Quick off feet. Can play above the rim with ease
-Plays with a huge motor. Extremely aggressive and competitive. Constantly trying to make things happen on both ends of the floor
-Solid shot-blocker. Has good timing. 3.2 blocks per-40
-Does not back down inside the post defensively
-Can put the ball on the floor and attack the rim with a strong first step. Throws in some spin moves at times. Attacks closeouts. Will handle ball in open court a bit
-Strong finisher around the basket. Does not have bad touch. Great target for lobs
-Shooting stroke is deliberate, but may have some potential down the road. Knocked down a couple of 3s at Nations. Throws ball in basket despite not having a very aesthetically pleasing shot.
-Career 37/59 (63%) from free throw line, but mechanics are not bad
-Intelligent and articulate off the court

Weaknesses:
-Somewhat stuck between the 4 and the 5, but only stands around 6-9. Wingspan helps make up for that somewhat
-Will need to improve his lower body significantly
-Very raw around the edges. Doesn't really know what his limitations are at this point. Tries to make something happen every time he touches the ball.
-Posted nearly twice as many turnovers as assists in summer competition thus far
-Has a long way to go as an outside shooter. Doesn't have great balance on his shot. Rushes at times.
-No real post game. Lacks the lower body strength, but also does not possess great footwork
- Awareness and feel for the game is still a work in progress. Started playing the game late, and that is evident at times, particularly with his decision making skills.
-Possesses very limited fundamentals on defense. Struggles to step outside of the paint and bend his knees. Very upright in stance

Outlook: Native of Guinea. Played his second adidas Nations tournament, and looked like a completely different player a year later, a credit to his work ethic and the coaching staff at Blue Ridge high school. Only playing basketball for five years. Recently committed to Virginia. Had a very strong summer, winning the adidas Summer Championship in Las Vegas with Team Loaded VA, before helping Team Africa finish in third place at adidas Nations.