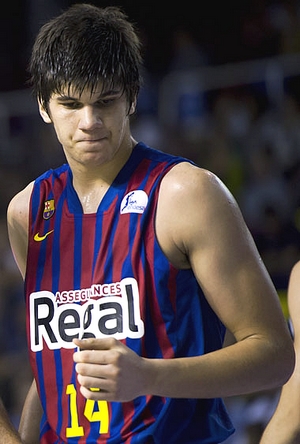 The 2012-2013 season was a significant one in the development of Montenegrin center Marko Todorovic, as he took a massive step forward by carving out a small role for one of Europe's very best teams.

Arriving in Spain in 2008 at age 16, Todorovic spent four seasons with DKV Joventut, two exclusively with their junior team and two splitting time between their senior team in the ACB and their second team, Prat Joventut, in the Spanish third division (LEB Silver). Todorovic made a name for himself in 2011 with a strong showing for Montenegro at the U20 European Championship in Bilbao where he averaged 8.6 and 7.9 rebounds, he followed that up with an outstanding season in the LEB Silver, finishing among the league's top-5 scorers and rebounds.

Having played just 101 minutes in the ACB over two seasons with Joventut despite his dominance with their second team, Todorovic signed with Barcelona in the summer of 2012. Joining a deep, talented roster flush with veteran big men, the 21 year old still managed to find minutes as a reserve big man, averaging 6.9 minutes per-game in 48 appearances, 19 or which came in the Euroleague. Opting to enter the draft, Todorovic decided to seize the opportunity to test the waters in his final draft before becoming automatically eligible in 2014, and ultimately elected to stay in the draft.

Standing 6-10 or possibly 6-11 with a very promising 240-pound frame that looks like it has plenty of room for development in the coming years, Todorovic has good size for a NBA big man. A fairly fluid athlete as well, Todorovic is not a threat to catch a lob and finish plays above the rim regularly, as he lacks a degree of explosiveness, but he has good feet and coordination for a player with his frame which has allowed him to see playing time at the four and the five this season.

It's Todorovic's combination of size, mobility, and coordination that earned him playing time this season and makes him an intriguing talent moving forward. Doing the majority of his damage right around the rim, Todorovic does a good job staying active, moving without the ball, crashing the glass from the weak side, and capitalizing on the shots created for him by the talented guards and interior passers he's surrounded with. Shooting 62% in finishing situations, which constitutes nearly 70% of his total shot attempts according to Synergy Sports Technology, Todorovic displays good hands and fine touch around the rim.

Todorovic is not asked to create his own shot often next to Ante Tomic and Erazem Lorbek, but flashes a budding skill level at times nonetheless. Flashing good footwork and some craftiness in limited opportunities in the post, the ability to put the ball on the floor and attack when facing up, and little wasted motion in his perimeter jump shot, Todorovic will impress at times with the building blocks he possesses offensively.

Despite providing some glimpses of the player he may one day become, Todorovic's lack of experience and overall polish limit him on the offensive end at this stage of his career. Turning the ball over on just under a quarter of his possessions, Todorovic gets rushed at times as a finisher and struggles to maintain possession when putting the ball on the floor in the post, especially under heavy defensive pressure. His 3/14 shooting from beyond the arc this season and 56% from the line are an accurate reflection of his unrefined perimeter game as well. Considering this is his first season competing against quality competition on a regular basis, there is plenty of room for optimism regarding Todorovic's potential as a well-rounded big man on this end of the floor, given his size, mobility, and promising skill level. 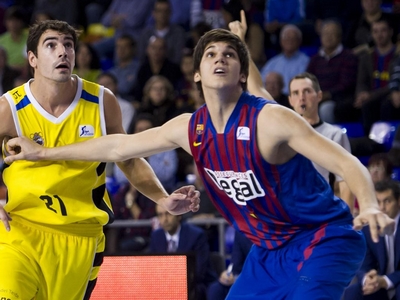 Apart from his scoring ability, Todorovic is a workhorse on the glass who ranks among the top-20 per-40 minute pace adjusted rebounders in both the ACB and Euroleague. He is not afraid to throw his weight around in the paint and is fairly physical in his pursuit of the ball, overcoming the fact that he isn't a great leaper with toughness and timing.

Defensively, Todorovic plays with very good energy, but is a bit too aggressive at times and is still gaining an understanding of the nuances of how to position himself, especially on the pick and roll. Despite his inexperience limiting him at times, his willingness to bang bodies in the paint and speed for his size make him a fairly effective one-on-one defender in the paint and allow him to make crisp rotations when closing out shooters on the perimeter. He isn't a tremendous presence around the rim as a shot blocker, but he came up with an impressive two blocks per-40 minutes pace adjusted by virtue of his size and timing both in help side and on the ball. As Todorovic matures as a player, cuts back on his fouling, and improves his frame, he seemingly has plenty of room to grow on this end of the floor.

Despite seeing his season end just a week ago when his Barcelona squad was knocked off in the ACB League Finals by Real Madrid, Todorovic ultimately decided to keep his name in the 2013 NBA Draft. He had surgery on a broken finger right after the season ended, and will not conduct travel to the States for a workout, physical, or interviews with NBA teams. He's likely hoping to get drafted in the second round or better yet undrafted, which would give him more leverage to negotiate with teams without the burdensome restrictions of the NBA first round rookie scale. Todorovic can escape from his contract with Barcelona after the 2013-2014 season by paying a reasonable buyout should he please to pursue a NBA contract, or he will be a free agent in the summer of 2015. Despite the uncertainty around his situation, look for a team to pick him somewhere in the second round in hopes of getting a first round talent when/if he does decide to come to the NBA in a few years from now.
Read full article