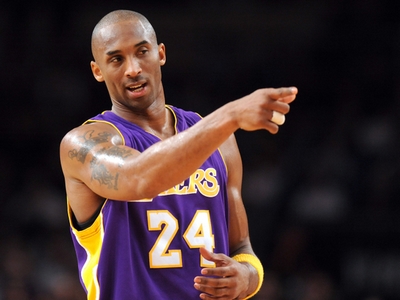 Kyle Nelson
@KNelsonDX
An in-depth look at the roster situations of the Los Angeles Lakers, Phoenix Suns, Golden State Warriors, Los Angeles Clippers and Sacramento Kings--what they have, where they are going and who are the players that may be targeted in this upcoming draft.

The Lakers put together one of their most dominant seasons in history, capping off 65 wins with an NBA championship, won in convincing fashion over the Orlando Magic. While superstar shooting guard Kobe Bryant certainly deserves a tremendous amount of credit, coach Phil Jackson and GM Mitch Kupchak were integral to this teams success. Jackson crafted a rotation that continued to expand and diversify even as the season drew to a close. He devised a game plan that was balanced from the inside on out, between Bryants perimeter scoring to Pau Gasols inside presence.


Mitch Kupchak engineered this roster, acquiring Gasol and Trevor Ariza, drafting and then refusing to trade Andrew Bynum, and as late as this season, trading for Shannon Brown, a player who contributed minutes in the playoffs. The off-season revolves around whether or not Lamar Odom and Trevor Ariza, both integral parts of this roster, are resigned. Regardless of what happens, though, this team still seems capable of contending next season and seems to have a solid core for the future.


In terms of the draft, the Lakers could stand to improve their bench, but lack ideal positioning to really make a big splash. They still could use some more consistency and depth on the perimeter behind Kobe Bryant and Derek Fisher, at both point guard and shooting guard positions, but will need to find a player who is smart enough to pick up the nuances of the triangle.

Despite possessing a low first round pick, there should be a few solid guards still available and, if not, there will definitely be a shooting guard. With their two second round picks, the Lakers should address their need for depth at the power forward spot, especially if they are unable to retain Lamar Odom this summer. With Josh Powell and D.J. Mbenga probably not being long term solutions, the Lakers should consider one of the undersized, yet underrated big men that often end up occupying the beginning and middle of the second round.

The Phoenix Suns are at a seminal point in franchise history. The team is anchored by three aging veterans and lacks the depth, chemistry, and talent to contend. Shaquille ONeals massive contract still guarantees him $20 million dollars a year, which alongside Steve Nashs free agency and Amare Stoudemires annual inclusion into trade rumors, leaves this Suns team as one of the true enigmas of this off-season. There are a multitude of directions this team could go in, but literally all are contingent on major front office decisions. The moves made this summer will likely determine whether or not the Suns can contend for a playoff spot or be relegated back to the bottom half of the Western Conference and the lottery for the second straight year. This summer, it is essential that the Suns establish an identity around whatever players they decide to resign, and find some solid young talent to move along the inevitable process of rebuilding.


The Suns have actually drafted good players in the past few years. The problem, however, has been that they have sold or traded away pretty much all of them, including Luol Deng, Rajon Rondo and Rudy Fernandez. This season, with the 14th, 48th, and 57th pick, the Suns have a chance to add a rotation player or two to reinvigorate their roster, but also address some of their most pressing roster holes. Their most significant need lies on the wing, where they have some good role players and solid veterans, but lack a real standout starter. Finding a combo forward, who could play productive minutes behind Amare Stoudemire would not hurt either, as versatility is a premium in Alvin Gentrys up tempo offense. Since Steve Nash wont be around forever, picking the best available point guard that drops to them could be an option as well.

With their second round picks, the Suns could eye a shooter to pick up minutes at the end of the bench and provide some depth behind Richardson and Tucker, or take a flyer on a European player to stash overseas.

Despite their 29-53 record and the general sense of chaos that surrounded the season, the Warriors are not in as bad of a place as it seems. They do still have a glut of multi-purpose wing players and rail-thin big men, but at various points during the season, especially once Monta Ellis returned from injury, they actually looked and played like a team. Or, as close to a team as coach Don Nelsons group has looked since their last playoff run. Next year, with health, improvement, and experience on their side, the Warriors look like they have a chance to compete for a playoff spot. As in most years, though, the Warriorss success has a lot to do with Nelsons handle over his team. They must find a consistent rotation early on, as well as assemble a group of players that satisfy Nelson as well as the front office. They have the personnel to execute a successful up tempo system and with a good summer and a bit of luck on their side, things are looking in the Bay Area.

During this draft, there is one need that can and likely will be addressed: finding a point guard. Monta Ellis showed potential to be the starting point guard and Jamal Crawford and C.J. Watson did a decent job during their minutes at the position, but this team needs a solid back up with potential to play on or off of the ball if necessary. There are all sorts of point guards available and, with the seventh pick, there will likely be a number of good options that fit well in Don Nelsons system. The Warriors should jump at the opportunity to fill a need and add another good young player, hopefully a player who can help take this team to the next level.

The Los Angeles Clippers were one of the most hapless teams in the NBA once again, groaning to a 19-63 record and missing the playoffs for the third straight season. There are few faultless Clippers, from the coaching staff on down. The Clippers refused to stray from their deliberate, half-court style, despite the fact that their core group of players, particularly Baron Davis, Zach Randolph, and Marcus Camby, thrive in up-tempo offenses. This clash of style, personnel and chemistry resulted in a disastrous season, in which a tremendous amount of talent and potential was squandered. One bright spot, however, was the emergence of rookie Eric Gordon, who showed that he can score with the best of them and has the potential to develop into a special player down the road. The Clippers also won the draft lottery, which provides additional optimism, but likely will not help this franchise out of the NBAs doghouse unless it is accompanied by significant other changes from top to bottom.

The Clippers draft night desires are no mystery, as they have publicly stated that they will take power forward Blake Griffin with the top overall pick. Though their frontcourt is stacked, Griffin is the clear-cut best player in the draft and he could help out immediately in terms of size, athleticism, toughness and intangibles. It would be unfortunate to pass on such a talent just because of positional concerns, and the rotational logjam can easily be remedied through trades. A player like Griffin can team up alongside of Eric Gordon and Al Thornton and create a youthful core that has the potential to turn this team around on and off of the court.

The Kings had their most disastrous seasons in recent memory. They had a good draft, but overpaying for Beno Udrih and Francisco Garcia marred an otherwise successful summer. Just when the team looked like it could at least be respectable in the Western Conference, Kevin Martin suffered an ankle injury that he never recovered from and played hurt for most of the season. The players clearly resorted to looking for their own stats, and the plummeting attendance of outdated Arco Arena further damaged their owners already hurting bank accounts. In addition, the season was divided by a coaching change that altered very little, and ultimately the Kings missed out on the opportunity to sign their top two coaching candidates before settling for Paul Westphal, in large part due to financial considerations. The draft lottery only brought more bad news to Sacramento when the Clippers claimed the top overall pick and the Kings shockingly were relegated to picking fourth. Now, it is time for this franchise to lick their wounds and start over. There is a new coach, developing young talent, and while the word potential is thrown around frequently, this team has a lot of work to do before returning to the playoff form they showed just a few short seasons ago.

With the fourth, 23rd, and 31st pick in the draft, the Kings can make strides towards becoming more competitive in the Western Conference. Their primary need is at the point guard position, as Beno Udrih has severely underperformed on both ends of the court and there is are glaring holes behind and clearly in front of him. The Kings will have their choice of any point guard in the draft, which should allow them to add a floor leader who can step in and contribute from day one, and possibly also help them in the ticket sales department. Later in the draft, they should look to address their lack of frontcourt depth with a solid post prospect at the bottom of the first round and at the beginning of the second, a player who can provide solid back-up minutes while allowing Spencer Hawes, Jason Thompson, and perhaps Ike Diogu to improve. This draft wont be what turns around Sacramentos fortunes overnight, but it is a chance to make a substantial step forward.