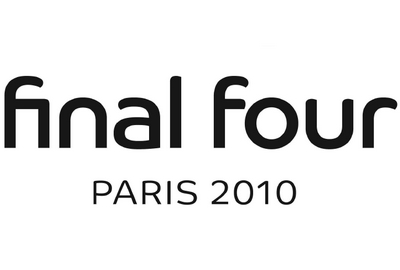 Jonathan Givony
@DraftExpress
With the Euroleague Final Four kicking off Friday (NBATV, Noon EST), we present some of this weekend's top NBA-related storylines.

Due to the nature of European basketball and the amount of distrust most top-level coaches have in players under age 22, the Euroleague Final Four is rarely viewed as an event for NBA decision makers to evaluate draft prospects. This year will be no exception--but it could have been had Jan Vesely put his name in the draft.

He disappointed many NBA lottery teams with his decision not to enter the draft, but there are still plenty of reasons to watch Jan Vesely, namely to see how he's developing in anticipation of the 2011 draft. Plenty of electronic ink has been spilled in covering the exploits of this 19-year-old Czech forward, and plenty more still will be. We'll keep a close eye on him and try to exchange a word or two with him to gain insight into his surprising decision.

Most of the top non-draft eligible prospects in this event have already had their rights snatched up in previous drafts by NBA teams. Others are still the property of an NBA franchise since leaving for Europe as restricted free agents.

The No. 5 pick in last year's draft was unable or unwilling to arrange a NBA buyout with DKV Joventut last summer, and therefore elected to move to FC Barcelona so he could continue to mature physically and come to the NBA as a more finished product. Only 19-years-old, his rights are still held by the Minnesota Timberwolves. If Rubio decides to sign with them before the 2011-2012 season--as is expected, barring a lockout--he could make GM David Kahn look very smart for being patient while the Timberwolves continue to rebuild.

Rubio's per-game statistics are not all that impressive when viewed from the vantage point of a NBA fanhe plays just 20 minutes per game and has always been more of a distributor than a scorerbut there is little doubt that he's improved substantially as the starting point guard of arguably the best team in European basketball.

Many would argue that he garnered far better experience playing for championships in the Euroleague and ACB this season than he would have losing 50+ games on a non-competitive team in the NBA.

This Euroleague Final Four likely represents the biggest challenge of Rubio's young career thus far, and it will be fascinating to see how he fares on this stage. Kahn and Rubio's NBA agent, Dan Fegan, will be watching him closely--as will every other NBA team in attendance, and his many fans around the globe.

Quietly developing into one of the top all-around players in European basketball, Josh Childress went from an overpaid and disappointing acquisition to the catalyst for the terrific season Olympiacos has had thus far. Childress figured out the European style of play and has become a much better basketball player in turn, upping his NBA earning potential significantly as a result.

With Joe Johnson a significant threat to leave the Atlanta Hawks in free agency this summer, Childress could be an outstanding backup plan for Rick Sund and Mike Woodson. A number of NBA teams we've spoken with expect Childress to make the trek back over the Atlantic next season--whether it's to the Hawks or not. He'll therefore be studied closely here in Paris by all teams in attendance despite his restricted free agent status.

The doomsday salary cap predictions made by the NBA league office last summer affected middle-class free agents more than anyone, which is why Linas Kleiza packed his bags and returned to Europe when it became clear the money had dried up.

The No. 1 scorer in the Euroleague at 17 points per game, Kleiza is clearly Olympiacos' go-to guy and will be a major factor in any success they have this weekend. He's an incredible mismatch threat at this level, capable of operating effectivelywhether facing the basket or with his back to it--at either forward position, and he is incredibly aggressive crashing the glass and getting to the free throw line. He also makes shots from beyond the arc at a very good rate.

Kleiza plays a huge role on one of the biggest teams in Europe and has to be enjoying the season he's had thus far. With that said, the itch to return to the NBA is a very strong one for players as competitive as Kleiza is. It would not surprise anyone to see him return this summer. He's still only 25 years old at this point.

Like Childress, Kleiza is a restricted free agent. But with the Denver Nuggets well over the luxury tax and operating at a significant loss this season, he could likely be pried from their grasp for the right price.

A seldom-used backup at five minutes per game in Ettore Messina's Euroleague rotation last season, Sasha Kaun has blossomed into one of the best young centers in Europe in his second season out of Kansas. This surely has led to piqued interest from the team that drafted him: the Cleveland Cavaliers.

Kaun still isn't much of a rebounder and is a fairly limited offensive player all in all. But he does have his virtues--namely his size, energy and above-average mobility, which has made him one of the most efficient scorers in the Euroleague this year. Kaun is converting an outstanding 73% of his field goal attemptstops in the competition--and is someone we'll surely keep an eye on this weekend to see how he competes with Olympiacos' terrific front line.

There are not many 21-year-old players seeing significant rotation minutes at this level of European basketball--and surely none of them are American. Miami Heat 2009 draftee Patrick Beverley is doing just that, though, playing an important role as an energizer and defensive stopper off the bench for a very good Olympiacos team. He's extremely efficient inside the arc, contributes as a rebounder and is a pace-changer with the pressure he's able to put on the ball defensively.

Beverely stepped up after Von Wafer was unceremoniously dismissed from the team back in December and hasn't looked back. His limitations as a perimeter shooter and playmaker can be pretty glaring at this level, but, considering his age and the experience he's garnering under Coach Panagiotis Giannakis, it's tough to say that he would have been better off honing his craft on a bad Arkansas team rather than playing for one of the best squads in the world outside the NBA.

He looks like he's in better shape than he has been in past years, and Sofoklis Schortsanitis is seeing the most minutes for Olympiacos since the 2005/2006 season. His per-minute scoring numbers, free throw attempts and field goal percentages are as high as ever. There's little doubt that the 300-plus plus pound--but extremely nimble--center is an incredibly effective low-post presence at this level, one that few teams have an answer for. There are rumors that the Clippers may finally consider bringing him to the NBA, which is as good a reason as any to check on his progress this weekend.

Not much has changed since the last time we discussed Fran Vazquez as an NBA prospect. He's still the same terrific athlete who ranks as one of the best shot blockers and most efficient players in the Euroleague--and he still appears to have little to no interest in making his way to the NBA to play for the team that drafted him: the Orlando Magic. With the Magic in the midst of the playoffs, it will be interesting to see if GM Otis Smith even bothers to show up at this point to initiate the courting process.

Five Free Agents We'll Be Keeping an Eye On