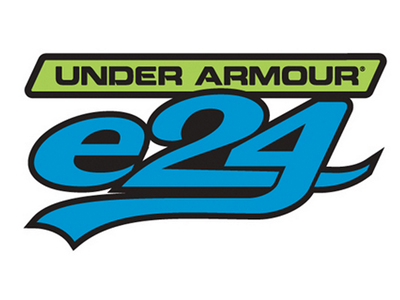 Julian Applebome
@jlapplebome
Below is a list of five standout performers from the Under Armour Elite 24 game in New York City, which took place on August 20th. The camp featured 24 of the country's top High School players from the classes of 2017 and 2018. The notes here are based on the weeks' activity, which included two long and highly competitive scrimmages, a 3-point competition, a dunk contest, and the Elite 24 game itself.

Note: Hamidou Diallo was one of the top performers at the event but was not mentioned on this list as he was the recipient of a lengthy write-up very recently after watching him with USA Basketball.

New Castle, Delaware native Trevon Duval, the #1 ranked Point Guard in the class of 2017 was one of the more highly touted prospects coming into the Elite 24 game. At first glance it's easy to tell what makes Duval such an intriguing prospect from the point guard position. At 6'3, 188 pounds, with a 6'8 wingspan Duval already has the body of an NBA point guard, and his frame still looks like it still has room to fill out. It would not be surprising to see Duval pack on another 10 pounds and get to 200, without sacrificing the speed and quickness that make him so impressive.

Duval is an elite ball handler who can get into the paint out of isolation situations, and often freezes his defenders with advanced crossover dribbles and hesitation moves. He's got an extra gear he can get to in the open floor, and is a dynamic finisher in transition with the explosive ability to finish above the rim or in traffic with creative body control. Duval is an extremely aggressive player by nature, and is often in attack mode looking to get downhill and score in the paint. He has the vision and skill level to make different types of passes, but as he gets to the next levels he'll have to learn how to make reads and play out of the point guard position at a more efficient level, as he's a little too aggressive at times looking for his own offense.

His jump shot remains a work in progress, but he has good mechanics and has shown that he can take and make tough shots, and that aspect of his game seems to be on an upward trajectory as he appears to be putting in the work to address it. His decision making can be somewhat careless as well, as he's a little more turnover prone than you might hope at times, looking to make too many homerun type plays.

Duval went head to head with New York City Point Guard Isiah Washington at the Elite 24 game and looked very comfortable on the big stage. Whatever high level program lands Duval in 2017 will have a point guard that is ready to make an impact immediately.

Quinerly still has two more years of high school basketball under his belt before he enters the college ranks, but he's a smooth and skilled point guard with a great feel for the game who has all the makings of an effective college player. A little bit old for his class, Quinerly will turn 20 shortly after he plays his first game as a college freshman.

Williamson is fresh off a state championship with Spartanburg Day in South Carolina, and has followed that up with a successful summer which included an MVP performance at the NBPA Top 100 camp, a productive 12 games on the Adidas Gauntlet circuit, and a strong showing at the adidas Nations camp. Williamson will be one of the most sought after recruits in the class of 2018, and has two years of high school basketball left to let his skill level catch up to his pure physical and athletic abilities. It will be interesting to see if he has another inch or two left of growth left, as he's somewhat caught between the forward positions at the moment at just 6'7.

Class of 2017 guard Josh Anderson was one of the more versatile prospects at the Elite 24 event, finding many ways to impact the game from all over the floor. Anderson is built like a shooting guard at 6'5 with nearly a 6'9 wingspan, but he has some ball-handling abilities that are unique for a player his size. He showed in flashes that he could make plays out of the pick and roll, and also has the ability to take defenders off the bounce without a ball screen. He has some athletic ability to finish above the rim in space, but also showed that he can finish around the basket with either hand or with runners and floaters. He's dynamic in transition with the ability to grab a rebound and push the break or run the wings and finish around the basket.

His jump shot appears to be his biggest liability at this point, and it's a major flaw at the moment. The ball comes off his hand with awkward rotation and his mechanics are inconsistent, something he'll have to address immediately to reach his full potential in the long term.

Anderson's versatility translates to the defensive end of as well, where he has the length and athletic ability to guard multiple positions, and impact the game as an on ball defender. Anderson might not necessarily have the highlight reel game that would stand out in a setting like this, but his combo guard skills, natural feel for the game and ability to defend different positions make him an intriguing college prospect.

Listed at 7'2 with a 7'8 wingspan, Bol Bol out of Bishop Miege High school in Kansas is hard to miss. Bol was by far the tallest player at the Elite 24, but at just 205 pounds with a very thin lower body, he will have to continue to add weight to his frame in order to be able to play at the next levels. He has solid mobility for a player his size, and while he is not yet the most fluid athlete, he looks comfortable moving well in open space. He proved to be a fairly reliable target in pick and roll situations, showing decent hands, and barely even needing to get off his feet in order to finish above the rim. He showed some aggressiveness playing out of the post, but doesn't really yet have the advanced footwork and touch to be a reliable post up option. He is most effective finishing around the rim, and has the length to finish from the areas of the court that would never be possible for anyone else. He took a couple jump shots, but he has low release and not a very fluid stroke that remains a work in progress.

Defensively Bol clearly has the length and size to be a factor as a rim protector, but his ability to defend the post and ball screens is something he'll have to work on, as he learns proper defensive principles and doesn't only rely on his length. He has just average instincts on the glass, and lets ball flies over his head that should be his. At just 16 years old Bol has plenty of upside given his size and length, and seems to be filling into his frame having measured 27 pounds heavier at the Elite 24 than he did a year ago. His game has plenty of room for growth, and has he continues to polish his skill-level and develop his physical tools, he has a bright future.
Read Next...