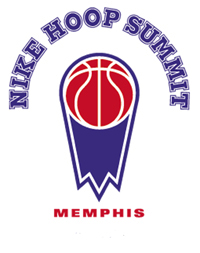 Mike Schmidt
@DraftExpress
The practices for the International Nike Hoop Summit team started early this week, and DraftExpress was able to make it there in time to catch the last half of the Tuesday evening practice. At first, the players worked on a few drills before scrimmaging the Memphis team of high school all-stars, who will play each other in a game before the started of the USA vs. World game on Saturday. Though there is only so much you can take from the practice, some of the prospects stood out with the skills they displayed.

French big man Alexis Ajinca stood out more than anyone else today. Physically, Ajinca is an absolute freak of nature, listed at 7-1 (though he appears to be 7-2) with a huge wingspan and gigantic hands. Combine these attributes with an explosive vertical leap and nimble feet, and Ajinca can be considered an intriguing prospect based on size and athleticism alone. There is a lot more to be intrigued about than just his physical attributes, though.

Offensively, he has great hands under the basket, and uses his great length to keep loose balls alive on the offensive end, as well as sky over opposing players for rebounds on the defensive end. In the practice, Ajinca played the power forward position on the offensive end, playing opposite Nigerian big man Solomon Alabi. He appeared comfortable playing on the perimeter, showing soft shooting touch on his mid-range jump-shot. Inside, the big man handled the ball comfortably in traffic as well. During the scrimmage, Ajinca did most of his damage inside by gaining position, and either driving to the hoop or going to a hook shot with great success. On one possession, he shocked everybody in the practice facility by bring the ball back behind his head with his right arm and throwing down a monster dunk.

A big weakness that Alexis Ajinca must improve is the lack of bulk on his frame. He has the frame to add weight, but he struggles to gain position against the more physically developed competition he faces in the French ProA league. If he can add weight, he has the potential to play both the 4 and 5 at the next level, and his face the basket game would be an absolute nightmare for opposing centers to guard. It will also before important for him to gain experience and prove he can apply his raw skills on the basketball court before he enters the NBA draft.

Florida State recruit Solomon Alabi from Nigeria also had a good practice with the world select team. He appears to be a legit 71 with a very good frame for an incoming college freshman. Offensive, he generally scores in one of two ways. In the post, he has a very nice hook shot with a high release point, and he displayed great touch with this move today. The other way Alabi scored was by catching the ball and dunking it near the basket. Good hands and above average leaping ability make him a constant threat to score near the basket, be it off a pick and roll, offensive rebound, or flash cut to the hoop. In terms of footwork, Alabi has good fundamentals, but will need to work on developing counter moves. On a few possessions he tried to convert 10 foot jumpers on a spin move back to the middle. The move itself looked good, but his jumper needs some work at this point. Defensively, his length will be a great advantage to him and the Seminoles. His timing and anticipation will need some improvement, but Alabis long arms and leaping ability give him nice upside in this area. Solomon Alibi has nice polish for an athletic center coming out of high school, but he has a ways to go before he can start thinking about the NBA Draft. It will be interesting to watch him progress throughout the rest of the week.

French small forward Nicolas Batum may be the best known prospect playing in the Hoop Summit this year, as he is considered a future top 10 pick by many people. His potential physically can be appreciated with just one glance in person. In addition to a great wingspan, Batum also has a well developed body that you can probably call NBA ready. Throughout the scrimmage, he displayed some fantastic flashes of potential, though they only came in spurts. On a dunk over an opposing high school player, he showed off his great leaping ability and body control that allow him to take contact well in the paint. Batum also displayed his ability to finish at the basket on a slashing move to the left side, where he hung in the air and finished a right handed lay-up to set up a three point play opportunity.

Though he displayed good potential on offense, defense was the real intriguing part of Batums game today. Long arms, quick feet, and a strong body allow him to be a good defender, but he also shows good anticipation. Batum displayed great recovery speed when an opposing player had driven past him, but his quickness back to the ball allowed him to get a blocked shot from the side.

Though Batum appears to have great potential to be a 2 way player in the NBA, you sometimes have to wonder why he doesnt play more assertively. This trend isnt as concerning in practice as it would be in a game situation, so at this point it is best to take a wait and see approach in regards to his aggressiveness on the floor.

Israeli small forward Omri Casspi also stood out during the scrimmages, scoring the majority of his points slashing to the hoop. His shooting mechanics could still use some improvement, and he put in some extra time after practice with the coaching staff working on shooting form. Casspis feel for the game has progressed, and he made some very nice passes in traffic. Shot selection is still a work in progress for the young Israeli, though his slashing game appears to be a very good weapon at this point.

-Coming in, we really looked forward to getting a look at Georgian center Giorgi Shermadini. Unfortunately, he sat on the bench throughout practice, and appeared to be hampered by a foot injury when he shot around after practice.

-Tomorrow, we will have further coverage of all the international prospects playing on the World Select team. The high school team arrives Thursday, and DraftExpress will provide you coverage of their practices as well, leading up to the game on Saturday.
Read Next...