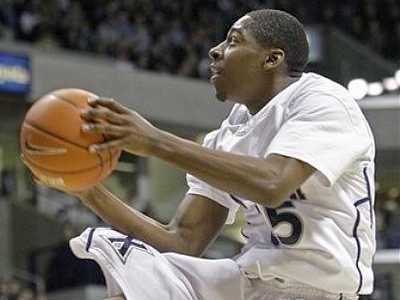 Kyle Nelson
@KNelsonDX
The semifinal round of the Atlantic 10 Tournament was an up and down affair, offering an excellent look at the tournament's best remaining prospects including Jordan Crawford and Lavoy Allen. At least 10 NBA team representatives were on hand alongside us to take in the action.

After crushing Saint Louis, Rhode Island came into yesterday's match up hopeful that they could continue their improbable run and land on the right side of the NCAA Tournament bubble. Temple began the game with an 11-2 run, however, and Rhode Island was unable to recover on their way to a loss.

The game presented a great opportunity to see Temple power forward Lavoy Allen against a versatile frontcourt. On the offensive end, he was extremely passive, taking just five shots. He continues to show solid footwork and good touch around the basket with the ability to score with a variety of moves and countermoves. He also does an excellent job of finding his teammates and facilitating the offense from the post with his passing abilities.

Last night, however, he was too passive, giving the ball to less talented teammates instead of attacking the basket. Adding more strength could be a solution, but Allen must develop a more aggressive and assertive attitude on a consistent basis.

Defensively, Allen did well defending in the paint, especially in terms of boxing out and rebounding the basketball, but his physical limitations were on full display when he defended away from the basket. His lack of lateral quickness hurt him significantly as he struggled to keep up with his man on the perimeter. As a power forward at the next level, he will have to guard far better players and almost certainly will struggle.

Against Richmond, he will have the chance to guard a similar variety of big men and scouts will be watching him on both ends of the floor. Allen has slowly emerged as a legitimate prospect and expectations will be much higher going forward.

Combo-guard Juan Fernandez had another telling game, scoring and facilitating well, despite his physical limitations. Though he is 6'4, he has a slender frame without great length and had some trouble tonight against more athletic and physical defenders. He adjusted quickly, however, and alternated between his unorthodox scoring game and his exceptional passing abilities. Despite his questionable form, he knocked down three point shots and scored from mid-range on his way to 14 points on 5-8 shooting.

He was once again a mixed bag defensively, lacking great strength and lateral quickness. He compensates somewhat through his intelligence and communication, but he likely will struggle in this area at the next level.

There is no doubt that
Rhode Island shooting guard Keith Cothran is a very good defender, but even though his shot has been falling, he still is a role-player at this level and not much of an NBA prospect. If he continues to shoot well at Portsmouth and can differentiate himself, then he might re-emerge as a fringe prospect.

His teammate Lamonte Ulmer once again looked like an interesting prospect at 6'6 with excellent athleticism, but he is still far too raw. He showed flashes of a perimeter game, but his shot is flat and his mediocre ball handling abilities continued to limit him. Defensively, however, he did very well, using his size, length, and lateral quickness to cause problems inside and outside.

While the NCAA Tournament is likely out of the question for Rhode Island, you can likely watch them in the NIT.

Both Richmond and Xavier fought through an evenly matched regulation period, anchored by solid defense and trips to the foul line. In overtime, however, Richmond's veteran backcourt of David Gonzalves and Kevin Anderson excelled under pressure and carried the Spiders to victory.

Xavier guard Jordan Crawford once again had an up and down performance. He attacked the basket relentlessly, as he often does, very well, utilizing his quick first step and body control to get to the rim at will. That said, he occasionally looked out of control and sometimes over-dribbled his way into trouble. Crawford rarely looks for his teammates off of the dribble, which is a shame considering the attention he garners from opposing defenses and his above average court vision.

Crawford struggled yet again in a supporting role, unable to play off of the ball and contribute without the ball in his hands. He must have the ball and attack the basket to be effective, which is not a good sign as he looks towards the next level. As for his draft intentions, Crawford was not available for comment after the game, though all indications are that he will strongly look at testing the draft waters, at the very least.