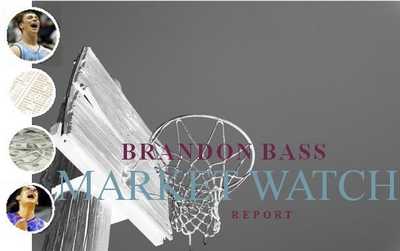 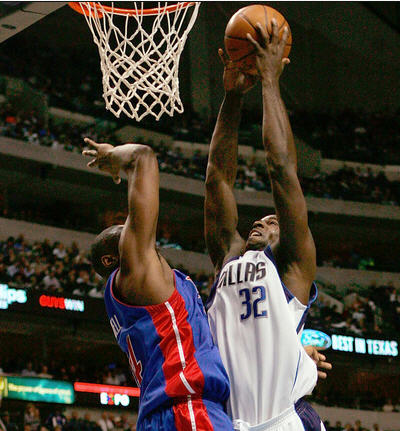 Brandon Bass is a very interesting player who has taken a long journey to arrive where he is now. Bass was criticized to some degree for deciding to come out after his sophomore year, despite his harsh family circumstances. Even though he was coming off being named SEC Player of the Year, it was clear that Bass had more development to do, as his size was going to force him to be a face-up power forward. Bass ended up falling into the second round, and was never really given much of a shot at a legit role with the Hornets, as they were concentrating on developing David West.

Still, right off the bat, Bass was not extremely impressive even in Summer League and training camp. He looked disinterested and lacked focus, and that made him look completely out of place on the NBA level for the better part of the first two years of his career.

Regardless, getting cut loose from the Hornets gave Bass second life, and he took his 3rd Summer League by storm for the Mavericks and quickly earned himself a contract as well as a feature role in the Mavs rotation. Bass did more than just show energy and passion, though. He has dramatically improved his face-up game and has much better ability taking defenders off the dribble than he did as a 19 year old rookie. Bass has even gotten his post up game up to a level where it can be effective at times against taller defenders, something he couldnt pull off just a couple of years ago.

Bass is exactly what the doctor ordered for the Mavericks. After last seasons loss to the Warriors, Dallas needed a mobile forward who had the strength to contend on the boards and on the block, but the quickness to take on smaller, more perimeter oriented big men.

Bass has a great mix of strength, speed and terrific length with his 7-2 and ½ inch wingspan, which helps him to cover the Al Harringtons of the NBA--something the Mavs were in desperate need of. He uses his body very effectively to ward off strong drives and force his opponents into tough fade-away jumpers or off-balance drives to the hoop. Bass establishes good position defensively on his man most of the time, and has been steadily improving in the fundamental techniques that coach Avery Johnson demands.

Once positioned, Bass is hard to move and he can usually keep his man from finishing forward on moves. He is good at neutralizing momentum with his chest or shoulders and then using his athleticism to spring up and put a challenge-hand up on the shot. Bass has consistently out-produced his positional opponent in the minutes hes played, limiting quality shot attempts and depressing their production when he is in the game.

Offensively, Bass has really fine-tuned his face-up game nicely since coming into the league. He always had the trappings of a 15-17 foot jump shot, but his accuracy has improved to the point where it can be considered his primary weapon. Bass is almost equally as effective when challenged as he is when open on catch-and-shoot opportunities, which speaks to the confidence he has in his shooting. He still needs to work on his execution on pull-up jumpers, but he shows promise and is respectable enough at it to use it effectively to keep his defender guessing.

Bass is still improving as a post-up option, but is competent enough on the block to be used there, which is rare for an undersized forward. Bass prefers to face-up down low as well, but has shown some ability to play back-to-the-basket, especially operating off his left shoulder. He doesnt seem to favor one side of the court in any offensive situation, in the post or away from the basket, which is a good tendency to have. However, he heavily favors going to his left on his moves, so he may want to work on switching it up more often.

Overall, Bass has set career highs in almost every statistical category, including:

Bass has produced a PER and EFF/40 rating that would qualify him as a solid starter based off the commonly accepted ratings in those two categories. His points and rebound production per 40 minutes is extremely strong as well. His 20 minutes per game is a reliable indicator of what he could accomplish in a larger amount of playing time, which seems to be in his immediate future.

Bass still has some work to do when it comes to defending larger opponents who like to operate frequently in the post. He is more adept at defending other face-up big men because of his excellent combination of strength and athleticism, but back-to-the-basket threats can still gain early position on him and shoot over the top, as he is only 6-7 ¼ in shoes. Bass will have to continue to focus on denying his opponent position and then working from there. If he does his defensive work early and forces his man further away from the basket, he possesses the strength and quickness to prevent the man from backing him in to close-range shots.

Offensively, Bass must continue to improve his post game. A reliable running hook and a consistent turn-around jumper would be solid basic weapons for him to utilize down low. Hes come a long way with his ball-handling, but more work needs to be done so he can effectively shot-fake and attack the basket with force.

Also, working more on maintaining control of the ball after contact would help him to shoot more effectively off the dribble as well as finish near the hoop. Bass has to keep both hands on the ball to maintain control when going to the basket and he double clutches at times if bumped when raising up for the jumper. This is especially noticeable on his offensive rebound put-back attempts, which he doesnt convert at a high rate presently.

Bass looks to have found a home on the Mavericks frontline and should continue to grow as a player. He has the opportunity to play 20-30 minutes a night in his current role and as his confidence grows, his game should expand. Whether or not he remains a role player off the bench or eventually develops into a starting caliber player will be determined over the next two to three seasons.

Despite being in the league for three years already, the 22 year old Bass is just now gaining the experience that only playing time can bring. His first two seasons were wasted on the Hornets bench, and Bass certainly didnt look to be the type of player that stayed involved in other ways. Now that hes seeing regular minutes, the offensive skills and rebounding ability are starting to establish themselves. Fellow Louisiana native Avery Johnson has already shown a lot of faith in Bass early on, and has been rewarded with growing consistency from the young forward.

Regardless of how Bass develops, its a safe bet that the 22 year-olds next contract will be more lucrative than his last. He is well on the way to establishing a long and productive career in the NBA-something that was in doubt before the season began.
Read Next...