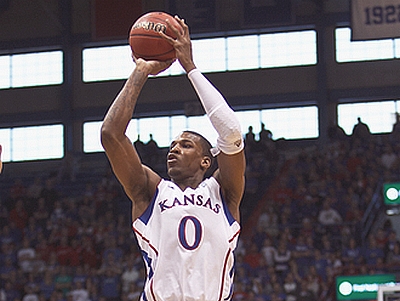 Having profiled Jones fairly late in the season with a comprehensive scouting report, we've elected to wait and see what type of progress he's made with a fresh perspective in a few months, rather than rehashing many of the same comments made last year based off his 2010-2011 game footage. 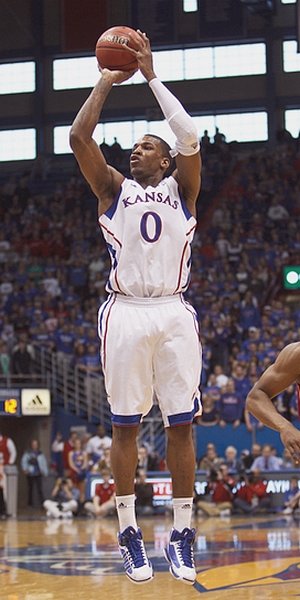 Stuck in the shadows of NBA lottery picks Marcus and Markieff Morris, Thomas Robinson played just 14.6 minutes per game last season, not being asked to do much more than run the floor, offensive rebound, post up occasionally, and finish whatever plays his teammates managed to create for him around the basket.

With five of the six players who saw more playing time than him last season now out of the program, though, Robinson will finally have an opportunity to shine in a featured role.

If his play this summer at events like the LeBron James Skills Academy or adidas Nations counselor games is any indication, Robinson is on the verge of having a breakout season that will put him firmly on the national radar screen as one of the best players in college basketball, as well as one of the top NBA prospects.

Robinson has prototypical physical tools for an NBA power forward, listed at 6-9, with a chiseled frame, and a 7-foot plus wingspan. He's an unbelievable athlete on top of that, quick in the open floor, extremely strong, and highly explosive around the basket.

Robinson didn't play enough minutes to qualify in most statistical categories last season, but if he did, would have ranked as the #1 defensive rebounder in the NCAA on a per-minute basis, and 2nd best overall per-minute rebounder behind NCAA record holder Kenneth Faried.

The 60% he shot from the field also ranks him #1 amongst all prospects currently in our top-100 rankings, showing how efficient he was in the role he was asked to play.

Offensively, Robinson isn't an incredibly naturally skilled or polished player, but he finds a way to contribute nevertheless thanks to his tremendous physical tools and the aggressiveness he brings on each and every possession.

A capable threat to post-up opponents with his back to the basket, Robinson shows incredibly nimble footwork, long strides, and the ability to execute impressive spin-moves that put him right at the basket. He's the type of athlete who can easily elevate off two feet for a dunk from a stand-still without a moment to gather himself, making him a terrific target for passes from his guards.

While not incredibly tall, the aggressiveness in which he posts up, banging up against opponents, carving out space and calling for the ball assertively, often gets him deep paint position which allows him to get off very high percentage shot opportunities.

Facing the basket is where we're likely to see more of Robinson in isolation situations this season, as he shows tremendous potential as a mismatch threat here. He has a fantastic first step that most collegiate big men simply cannot stay in front of, which draws him plenty of fouls and free throw attempts.

Robinson only took only ten jump shots last season according to Synergy Sports Technology, but showed solid mechanics from what we could see on film, indicating that he could have some untapped potential here down the road. The fact that he was only able to convert 51% of his free throw attempts last season means that he still has plenty of work to do in this area though.

He could still stand to improve his decision making skills and passing ability as well, as he at times looked a bit out of control last season.

Defensively is where NBA teams will likely see the most potential in him initially. His combination of length, strength, athleticism and intensity is simply ideal for a power forward, giving him the versatility to guard virtually any position on the floor. Already we regularly see Robinson switching out onto guards and having no problem at all staying in front of them on the perimeter. He does a great job moving his feet and using his terrific wingspan to contest shots, and brings a real business-like approach to his work on this end of the floor.

His rebounding ability, as touched upon already, is obviously a huge plus on top of that, and is something that looks very likely to translate to the next level. He regularly goes well out of his area for loose balls, showing terrific tenacity in the process.

Robinson's demeanor is likely something NBA executives and coaches will find extremely appealing, as he's an incredibly tough, aggressive, confident player who loves to mix it up inside the paint, and gives great effort every minute he's out on the floor. It's one thing to have the physical tools needed to make an impact on any given possession, but to be willing to use them at all times is something you don't find too easily.

While at times it can be difficult to project the trajectory of underclassmen who are about to undergo major role changes at big-school teams such as Kansas, Robinson's case seems pretty clear cut. He almost certainly would have been a top-20 pick had he entered the draft last year, and everything about his profile suggests he's primed for a huge year that will elevate his stock comfortably into the lottery of a much more stacked class. If he can find a way to lead Kansas deep into the tournament, he could be picked much higher than that even.

Having profiled Middleton fairly late in the season with a comprehensive scouting report, we've elected to wait and see what type of progress he's made with a fresh perspective in a few months, rather than rehashing many of the same comments made last year based off his 2010-2011 game footage.

Having profiled Taylor fairly late in the season with a comprehensive scouting report, we've elected to wait and see what type of progress he's made with a fresh perspective in a few months, rather than rehashing many of the same comments made last year based off his 2010-2011 game footage. 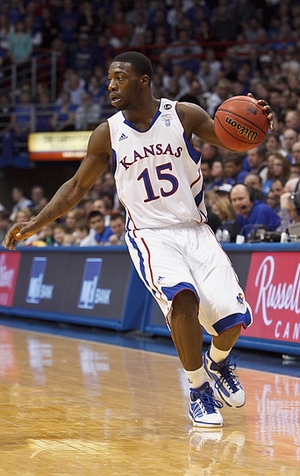 Elijah Johnson's time seems to have finally arrived in Lawrence. Posting gaudy efficiency numbers in a bit role playing behind highly touted and more experienced guards like Josh Selby, Tyrel Reed and Brady Morningstar in his first two years on campus, the rising junior seems poised for a breakout season.

A top-25 recruit according to the RSCI coming out of high school, a big reason why the expectations for Johnson are so high are based on the fact that he has absolutely everything you look for in a NBA point guard physically. As we noted last time we wrote about him, the Las Vegas native is explosive in transition, fluid when he's weaving through the lane, smooth in the open floor, and has the size and strength to fit right in at the next level. Among prospects at his position in the college game, few have the raw tools on par with what he brings to the table.

The question for Johnson is not so much how his physical tools translate to the pro game, but whether he will rise to the occasion and be able to maintain his efficiency when Bill Self turns his loose as a key cog in his backcourt. The promising signs he showed as a freshman translated into small stretches of strong play last season as a sophomore, but the young guard hasn't had the opportunity to truly put everything together in a role that would clue scouts into his true NBA potential.

Despite his lack of consistent minutes, Johnson's skill set already manifests itself a few different ways. His terrific leaping ability and body control allow him to finish consistently, and often acrobatically, around the rim, whether he is receiving the ball off of a designed lob or cut to the rim. Johnson is also a capable jump shooter, knocking down 24 of his 56 (43%) attempts last season and appearing especially comfortable hitting shots with his feet set. As a point guard, Johnson shows a willingness to make the simple pass and make good decisions as a distributor. His speed gives him potential as a dynamic playmaker, but he did not tend to force the issue like many young players at his position tend to do. While all of the things Johnson did bode well for his future, they don't guarantee him much until he shows that he's capable of doing them consistently at a high-level.

As Johnson transitions into the larger role he seems destined to play this season, there are a few key areas of his game that NBA scouts will be paying especially close attention, most of which revolve around his ability to create shots for himself and others off the bounce while maintaining his efficiency. Likely the most significant aspect of his game they'll be watching will be his ability to create on the pick and roll. He only operated in the two-man game on a total of 9 possessions last season according to Synergy Sports Technology, and considering how significant pick and roll play is in the NBA, his ability to make things happen in the half-court with the ball in his hands will be constantly under the microscope.

On the defensive end, Johnson has all the tools to compete at a high level, but scouts will also pay close attention to his ability to consistently put the clamps on opposing point guards on a nightly basis. Johnson has had some good moments on the defensive end in the past, and has truly exceptional lateral quickness, but like all young guards, could stand to continue improving his fundamentals, become more of a factor defending off the ball, and specifically do a better job recognizing and working around screens.

Johnson is not the first highly touted recruit to start his career on the bench, and he would not be the first less-than-experienced prospect to put it all together as an upperclassmen either. While he has yet to prove the things he'll need to prove in order to legitimize his draft stock, he has proven to be an efficient role-player, and has all the tools to be successful when he begins to see significant minutes. For those reasons alone, Johnson is a player to pay especially close attention to this season as he could rocket up draft broads and a prospect we'll surely be revisiting as he teams up with TyShawn Taylor and Thomas Robinson to step up in place of the Morris twins.
Read Next...