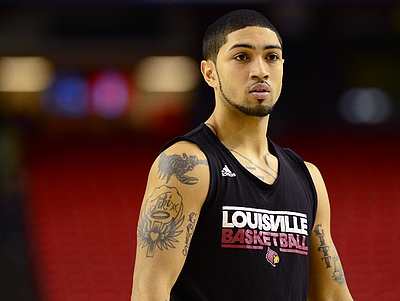 Matt Williams
@DraftExpress
The undisputed leader of the 2013 NCAA Champion Louisville Cardinals, Peyton Siva is an elite defender whose limited offensive ability and decision-making have been questioned throughout his career. Where does he stand with the 2013 draft less than a month away? 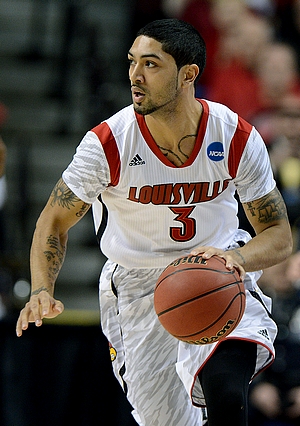 Overcoming a challenging early life and possessing as inspiring a backstory as any player in the 2013 Draft, Peyton Siva won a national championship and got to cut down the nets in Atlanta, putting the finishing touches on a terrific four-year career at Louisville. A player we've covered in detail at various points over the last five years, Siva still struggles with some of the same things he did as an underclassman. Nonetheless, he emerged as the undisputed leader of the Nation's best team in 2013, made some small strides as a senior, and brings some intriguing abilities to the table as a prospect.

Many of those talents are a byproduct of Siva's excellent athleticism. Though he lacks outstanding size for a point guard, he makes the most of his 6-1 frame and 6-3 wingspan with an explosive 41.5 inch vertical leap and tremendous quickness. On top of his physical tools, Siva plays with as good a motor as nearly any prospect in this draft.

The impact of those attributes were most apparent on the defensive end, where Siva's constant pressure keyed one of the nation's most effective and turnover-rich defenses. Pestering ball-handlers the length of the floor, Siva's 2.8 steals per-40 minutes pace adjusted ranks third among prospects in our top-100 and is representative of how his super-aggressive, risk-taking style sped up opposing guards. His lateral quickness and competitive streak also made him a formidable defender in the half court, as he gets in a low stance, plays extremely hard, and works tirelessly to recover to the ball when helping teammates or defending the pick and roll.

Programmed in the same mold as and possessing physical tools similar to Jacque Vaughn or Speedy Claxton, Siva's defense is his calling card as a prospect. His size doesn't afford him great versatility on this end of the floor, and he may be a target for bigger point guards in the post, but he can step on the floor and make the oppositions' primary ball-handler earn every trip down the court a for few minutes at a time.

Siva's development into a ball-hawk is significant, as his offensive skills haven't progressed at the same rate over the last few seasons. Though his jump shooting percentages increased from 26% as a junior to 29% as a senior according to Synergy Sports Technology, Siva remains an inconsistent threat both off the catch and off the dribble. His shot selection still leaves something to be desired at times, and his lack of size and sometimes reckless tendencies on his dribble drives result in his poor 52% shooting in finishing situations.

Siva's 12.6 points per-40 minutes pace adjusted and 51% true shooting percentage both place him among the bottom ten NCAA prospects in our top-100 rankings. Functioning as Louisville's primary ball-handler in conjunction with Russ Smith, the Seattle native's role was predicated on his ability to create for himself and others on the pick and roll and in transition, as has been the case for most of the last three seasons.

Though he still needs to develop the ability to play at different speeds, Siva found plenty of success generating offense on the pick and roll, even if he only made 38% of his own attempts dribbling off of picks. Capable of turning the corner and getting into the paint thanks to his foot speed, Siva is a very solid passer in the two-man game, doing a fine job finding the open spot-up shooter or cutter as the play progresses.

A very good distributor overall as evidenced by his 7.1 assists per-40 minutes pace adjusted, Siva's pure point ratio ranks seventh among NCAA players in our top-100. Perhaps the most notable improvement Siva made this season came in his command of the ball on the offensive end. Though he still tends to dribble into trouble and doesn't know when to take his foot off the gas pedal at times, he turned the ball over only 3.3 times per-40 minutes pace adjusted, down from 4.3 last season. That improvement moved Siva from the most turnover prone player in our top-100 to the fifteenth most, a significant improvement given his lack of scoring ability. Though Louisville's offense looked better with Russ Smith at the helm for stretches, Siva's body of work this season as a decision-maker was a small step in the right direction.

As Siva takes the next step in his career, his ability to force defenders to respect his jump shot will play a key role in just how effective he can be on the offensive end throughout his career. His size will always be a limiting factor inside, but he can put less pressure on himself to make something out of nothing in crowd if he can consistently make three-pointers and score off of one or two dribbles in the midrange.

Despite the limitations of Siva's current offensive skill set, his defensive ability and outstanding intangibles certainly give him a fighting chance at making a roster and sticking around as a second or third point guard. We've seen players in his mold have lengthy NBA careers in the past, and it certainly wouldn't be surprising if Siva's interviews, recommendation from his coaching staff and history of playing for winning teams ultimately endears him to a team who can plug him in next to some dynamic scoring wings and let him try to follow in their footsteps next season.
Read Next...