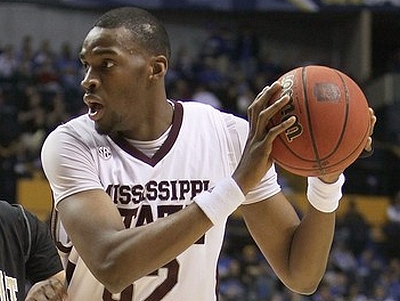 Richard Walker
@DraftExpress
We started our pre-draft workout swing this year in Los Angeles, where we got a chance to take in a brief workout featuring BDA Sports clients Jerome Jordan and Jarvis Varnado, who have spent the past few weeks here preparing for the draft with Joe Abunassar of Impact Basketball. Jordan and Varnado have both been working out between five and six days weekly and taking part in a full strength and nutrition program, which Jordans Tulsa teammate Ben Uzoh has also been participating in. Uzoh was not here today, as he had a pre-draft visit with the Detroit Pistons. Detroits Austin Daye and USC guard Dwight Lewis were also in attendance.

The workout, conducted by Geo Aispuro of Impact Basketball, started off with some light drills featuring Jordan and Varnado executing post moves and hitting mid-range jumpers without defenders, and then later transitioned into some competitive 3-on-3 scrimmaging with Daye, Lewis, and some other players in the gym. The scrimmage was heavily geared towards pick-and-roll basketball, putting Varnado and Jordan in some diverse situations and forcing them to use their mobility on the perimeter, though also worked in some back-and-forth post game towards the end.

One of the more unique prospects in this years draft in terms of sheer physical tools and upside, Jerome Jordan only started playing high level basketball about five years ago as a high school junior after he moved to the United States from his home country of Jamaica. Incredibly raw when he first stepped on campus at Tulsa, Jordan has consistently improved his skill level each year in school, with his offensive production along with it. 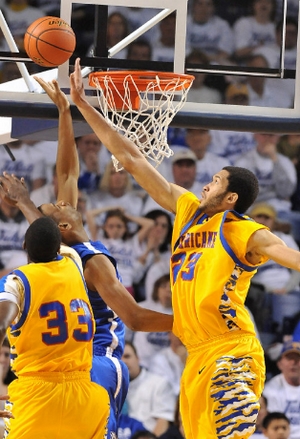 Here at Impact, Jordan is working on improving some of the weaker parts of his game, while also diversifying his skill set to make an easier transition to the NBA. The pick-and-roll game is obviously a major emphasis for him in his training, especially on the defensive end, where he showed a high level of awareness and attentiveness in the scrimmage portion of the workout, actively hedging and recovering every play, keeping his eye on his man and the ball, and doing a great job of staying between the ball and his man on rolls, picking off a few over-the-top passes with his excellent length. His lateral quickness will likely never be a major strength, but he looks far more comfortable here than he did in college on the perimeter, and if he plays with this level of attentiveness, he should have the physical tools to be a solid pick-and-roll defender in the NBA.

Offensively, Jordan looked good hitting jumpers out to 18-20 feet, mostly spotting up out of pick-and-pop situations, though he also spent a good deal of time using his length and athleticism on rolls to the basket. We saw small flashes of this mid-range jumper this season at Tulsa, so its good to see him continuing to display this part of his game, as it could be quite an asset moving forward. He showed an aggressive tendency to dunk everything on pick-and-rolls, emphatically on most possessions, though the killer instinct didnt show up the same way in post-up situations, where he seemed content to rely on his finesse game, which wasnt hitting consistently in the competitive portion of the workout.

Jordan looked to be in very good shape overall, while hes said to be emphasizing lower body and core strength in his strength training, something that will be very important for him at the next level, where his high center of gravity combined with still developing body could make things tough for him defending the post initially. Some have questioned his defensive effort and focus at times this season at Tulsa, as his blocked shots per 40 minutes pace adjusted have been on the decline for the past three seasons, something you dont want to see from a player with his length and athleticism. This could also very well be due to the adjustments opposing teams have made to playing against him, though.

While some have criticized Jordan for his laid back demeanor during certain games this season, its hard to question his off the court work ethic, given the leaps and bounds hes improved skill-wise over the past four years. The work hes doing here should help him projecting to the NBA, as getting better acclimated to pick-and-roll defense is something that needs to be high on his priority list, given how rarely he was put in that situation at Tulsa. Likewise, continuing to work on his mid-range jumper will only ease his transition, but further developing his body, which looks like it can still add quite a bit more strength, will probably be as important to his success as anything else.

Jordan is part of a large group of prospects fighting for a spot in the late first round, but should be able to help himself in workouts, where he will likely be matched up frequently with players like Daniel Orton, Solomon Alabi, Artsiom Parakhouski, and Hassan Whiteside. Also, a player with his unique background and physical tools will likely draw largely varying opinions from NBA teams, especially in a draft this deep, so there certainly could be a team picking earlier that falls in love with his long term potentiallike Charlotte did with Alexis Ajinca a few years back. Going to a team with strong coaching and an emphasis on player development such as San Antonio, Houston, or Oklahoma City would be ideal for him, and would certainly go a long way towards maximizing his potential.

Jim Hlavac: How are your workouts going so far?

Jerome Jordan: Its been pretty good man. Weve been out here just trying to get better and just get bigger and stronger.

JH: How have these workouts been different than what you did in college?

JH: What specifically are you working on in your game to get ready for the NBA?

JJ: Just getting stronger and stuff and refining my post moves. And working on stepping away from the basket and making a few moves there.

JH: Are there any NBA guys you pattern your game after or you watch to learn from them?

JJ: Two guys I try to watch the most are Kevin Garnet and Tim Duncan.

JH: You started playing basketball late in life, tell us about that and your first couple of years in basketball.

JJ: Yeah, I started playing late; probably around age seventeen. I just shot up and kept growing. I always watched basketball, but never played. Once I took it up, I really liked it and everyone encouraged me to keep playing.

JH: You made huge strides every year at Tulsa. How much more room do you have to grow?

JJ: Everybody has different aspirations for themselves. I just see myself as young in the game and coming out here trying to get better. I think the skys the limit, I just have to keep working on it everyday.

JH: Thank you for your time, and good luck.

The leading shot blocker in NCAA history, Jarvis Varnado is also looking to diversify his game here in Los Angeles, while preparing himself for a likely necessary transition from the center to power forward position at the next level. 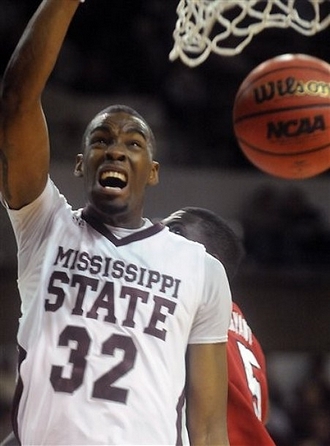 Varnado is spending a lot of time here working on his jump shot, which looks to be showing some good progress, considering he took only 11 jumpers in his entire senior season. Varnado was hitting his shot pretty well from the 15-20 foot range on spot-up jumpers and pick-and-pops, while also showing pretty good form. The work hes put in on this in a short period of time is impressive, and adding this ripple to his game will go a long way in helping him find a niche in the NBA.

Varnado had a tough match-up in the post going against Jerome Jordan, which led to some mixed results for his back-to-the-basket offense. Varnado showed nice agility and range on his moves, using a good variety of running hooks and turnaround jumpers, but at times Jordans length was just too smothering, not surprising given the 4 inches Varnado is giving up. This is a large reason while Varnado will likely have to move to the 4 in the pros, and the good agility he showed on his moves should help going against smaller defenders.

Defensively, this wasnt really the best setting for us to gauge much about what Varnado will need to do at the next level, as how he will be able to defend stretch fours will be his biggest concern entering the pros, and there werent many opportunities for perimeter defense going against Jordan. He did a good job using his length to make things difficult in the post for him, however, and theres little reason to believe Varnados shot blocking wont translate to the next level.

Weighing just 195 pounds when he was a freshman, Varnado has done a great job adding weight to his frame in his four years of college, and it appears hes been doing some more of that in the offseason, looking to be in the best shape of his career, and working on continuing to add lower and upper body strength.

Like Jordan, Varnado will compete for a spot in the late first round, but his stock too could fluctuate greatly over the next few weeks, where he could impress in workouts by knocking down mid-range shots, showing defensive versatility, and playing hard-nosed, aggressive basketball. Varnados rebounding and shot-blocking give him two NBA-ready skills already, and adding to that by becoming a reliable mid-range jump shooter and a more versatile inside-out defender should make it pretty easy for him to find a niche in the NBA.

Richard Walker: How are you enjoying these workouts so far?

Jarvis Varnado: Its going really good - just trying to make the change from college to the NBA style of workouts.

RW: Whats the difference between those workouts?

JV: The intensity and the changing of pace. You have to be well conditioned for these types of workouts.

RW: Youre working out with Geo (Aispuro) and Joe (Abunassar). How has that been working out for you so far?

JV: Its coming along well. Im trying to improve my shot and my conditioning and its been going great.

RW: I was talking with Geo and hes said youve made really great strides so far. He said that you were a little bit raw when you came in, you have a lot of physical tools, but youve already become so much more polished than you were when you first walked in the gym. Do you think that is true?

JV: Yes. It was a struggle my first few weeks here, but I adjusted to it, took in the coaching and learned the moves and then Im trying to perfect it in the games.

RW: Do you find yourself focusing mostly on your post game or your mid-range game?

JV: A little bit of both. I can go inside and out so thats what Im trying to work on.

RW: What do you feel your position in the NBA would be?

RW: In college you were quite a shot blocker and defensive presence. Do you feel that those qualities will translate to the NBA?

JV: They will. Thats what a team will most likely draft me for  my defensive ability. I cant stop playing defense, but my offense can also be a plus. Thats why Im here working out and trying to work hard on my offense.

RW: What kind of moves are you working on?

JV: Im just trying to get my fifteen foot jumper down and pick and pops and post moves.

RW: Thanks for your time.
Read Next...