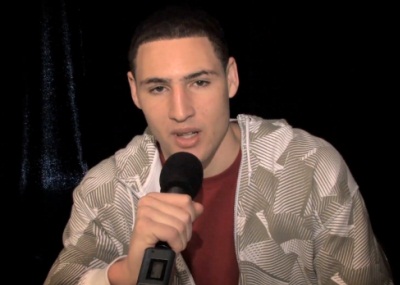 Richard Walker
@DraftExpress
One of our stops along our 2011 west coast workout swing brought us to the University of Southern California to check in with four BDA clients preparing for the draft including Klay Thompson and Nikola Vucevic.

Unlike our stay in Las Vegas, we were only able to catch one workout at the Galen Center in Los Angeles, but it was an informative one, as we were able to see potential lottery pick Klay Thompson at work along with combine standout Nikola Vucevic, European big man Miro Bilan, and Thompson's brother and Pepperdine product, Mychel Thompson.

The part of the workout we saw included extensive skill development work and ended with competitive two-on-two play. The four BDA Sports clients worked for roughly two hours under the instruction of trainer Ross McMains, who gave us some background on how he developed the unique series of drills he had each prospect performing.

Before preparing his workouts, McMains studies the strengths and weaknesses of every player he trains in great detail, watching a season's worth of film to identify what specific movements and dribble moves worked for each prospect and which did not. Indexing his observations to generate move-specific data, McMains couples what he finds with video to show each prospect things they can work on. He implements drills to help them improve on their weaknesses and develop new moves that he knows prove effective on the NBA level. McMains's approach to player development made the session we were able to see intriguing to say the least.

One of the top shooters in the 2011 draft class, Klay Thompson had a terrific three year career at Washington State. Emerging as an elite spot-up threat as a freshman, the California native was the top wing scorer on the west coast as a junior. Averaging 21.6 points per-game this season, Thompson earned All-Pac-10 First Team honors while solidifying himself as a first round prospect despite his team's inability to reach the NCAA Tournament.

Here at the Galen Center, Thompson has been working to adjust to the NBA three-point line, shore up his footwork, and diversify the range of moves he can use to score off the dribble. After warming up with some dynamic exercises and basic drills, Thompson got down to business in catch and shoot drills. Making roughly half of his open jumpers last season according to Synergy Sports Technology, Thompson's shot is a thing of beauty, and that becomes even more clear in a setting like this where you can see just how intense he is about his consistency and how his mechanics virtually never waver. Though he didn't knock down shots at a typical rate at the combine, scouts are fully aware of Thompson's ability to stretch the floor, and from what we saw, he looked comfortable out to NBA range.

After finishing the simple catch and shoot drills, Thompson worked on shooting coming off of all types of simulated screens, pulling up off the dribble, and a series of moves aimed at getting to the rim. His footwork looked incredibly smooth, and while he wasn't known for his quickness on the college level, he's looking to develop some ways to use the tools to he has to score inside the arc.

In competitive play, Thompson was guarded well by his brother Mychel for stretches, but had some nice moments too. Playing against his brother is a major challenge for Klay, since Mychel knows his tendencies inside and out and does not take it easy on his little brother. Obviously, a two-on-two game isn't reflective of what Thompson will be asked to do at the next level, but it was interesting to see him use some of the moves we was working on in drills in a competitive setting.

Amongst all the players we witnessed on our west coast workout swing, Thompson was amongst the most impressive. He's working on a diverse range of skills, and it will be interesting to see how those things translate to whatever system he lands in next season. His shooting will provide immediate value to the team that drafts him, and with time, he could become a very dangerous all-around scoring threat at the next level.

One of the most improved players on the west coast this season, Nikola Vucevic has seen his stock rise considerably over his three year career at USC. Arriving on campus as a skinny, lanky freshman, Vucevic is now amongst the more imposing big men in the 2011 draft. The tallest player at the 2011 NBA combine standing 6'11.75 with shoes on, the first thing we noticed about Vucevic is just how big he is. Tipping the scales at 260, Vucevic looks like a NBA center, and his improvement as a scorer in the post and as a rebounder only add to his intriguing blend of physical stature and skill level.

Vucevic is spending a lot of time here working on his jump shot, which looked terrific in the session we watched. At one point, Vucevic knocked down 11 straight college-three pointers, showing terrific mechanics in the process. Considering he made a solid 39% of his catch and shoot jumpers last season according to Synergy Sports Technology, Vucevic is already a solid shooter, but is still looking to improve his consistency even more. He clearly understands what consistent range out to 20+ feet can do for him on the NBA level as he begins to find himself in pick and roll and pick and pop situations more frequently.

After working on his jumper, Vucevic spent some time working on his post moves. Nearly 42% of his offensive possessions came with his back to the basket last season, a number that will likely diminish at the next level as he fills a smaller role. Nonetheless, the USC product is working hard on his post-game, and has a number of quality moves over both shoulders. Showing promising footwork, Vucevic is one of the more versatile and polished offensive big men in this draft.

Vucevic was solid in the two-on-two games, but like Thompson, provides more value in a five-on-five setting. One of the few bigs in this draft that can play on the inside and outside alike, Vucevic gained some ground at the combine. He won't be overpowering many players at the NBA level, but his size-skill combo is intriguing to say the least and has put him in position to hear his name called in the first round on draft night.

Klay Thompson's older brother Mychel was a pleasant surprise in the workout we watched. He had a solid career at Pepperdine, and is every bit as tall as his brother, only stronger and a bit less quick. A solid athlete, Mychel isn't quite as smooth from the perimeter as Klay, but has a nice jump shot, shows some explosiveness off the bounce, and competed extremely hard in the two-on-two game we watched. He's scheduled some NBA workouts, and while he is a bit of an unknown commodity to some, his skill level from the small forward position will put him in position to enjoy a very nice career overseas.

A 6'11 center hailing from Croatia, Bilan had a very nice season in the Adriatic League in 2011. In the workout we watched, he showed the ability to finish with both hands and solid footwork. He's not a great athlete, but has dramatically improved his ability to hit shots from the perimeter since arriving in Los Angeles. He was a very limited jump shooter early in his career, but appears to have found his stroke. That doesn't guarantee him a NBA future, but is a very notable development for the young big man should he return to the Adriatic League.
Read Next...