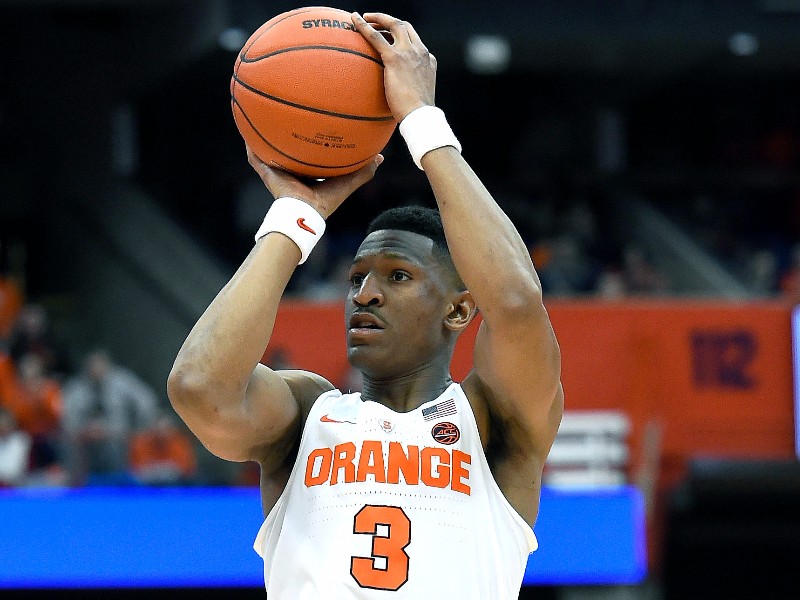 Julian Applebome
@jlapplebome
A 23-year-old out of Chester, Virginia, Andrew White ended his college career at Syracuse after spending two years at Kansas and one at Nebraska.  He sat out the 2014-15 season due to transfer rules, and was able to play out his fifth and final year in college as a Graduate-Transfer.

White has played some of his best basketball late in the season, highlighted by a 40-point outburst in a win over Georgia Tech where he shot 8-for-9 from beyond the arc.  With Jim Boeheim and the Orange losing Malachi Richardson to the NBA, White has stepped in and shouldered a heavy load for Syracuse, finishing the regular season averaging 19.9 points per 40 minutes.

Although he has some limitations, White could work his way onto an NBA roster thanks to his size and shooting stroke, as the league is hungry for tall, strong-framed wings in his mold.  White is currently averaging 3.4 3-pointers made per 40 minutes and doing so at a 39.1 % clip.  At 67, his size and the elevation he gets on his jump shot provides him with clean looks even in contested situations.  He has shown promise as a shooter coming off screens, but consistency in that aspect of the game is still very much a work in progress for him.

Whites shooting ability forces defenses to close out aggressively against him on the perimeter, and White  has shown he can take advantage both as a driver and mid-range jump shooter.  His ability to attack closeouts will be essential to his success at the next level, so he is not just a one-dimensional player on the offensive end. While playing on the move, White will have to think the game at a higher level, however, as his overall feel for the game is a question mark. Hes not a very comfortable passer (career 5.4 assist percentage), an area where most 3 and D role player types generally are at least capable.

The final piece of the puzzle is Whites defense. While Syracuse is known for their zone, White showed flashes of potential as a wing defender while at Nebraska and has the ideal size and strength to be able to guard wings at the NBA level. His awareness and consistency on that end leave much to be desired at times, and hes slightly on the thicker side, so he may be best suited defending threes as opposed to twos.

Syracuse missed out an NCAA tournament berth this year, but if White can show consistency from NBA range, think the game at a higher level and prove he can impact the game as a perimeter defender during the pre-draft process, he might have a chance to sneak into the second round of the 2017 NBA Draft.