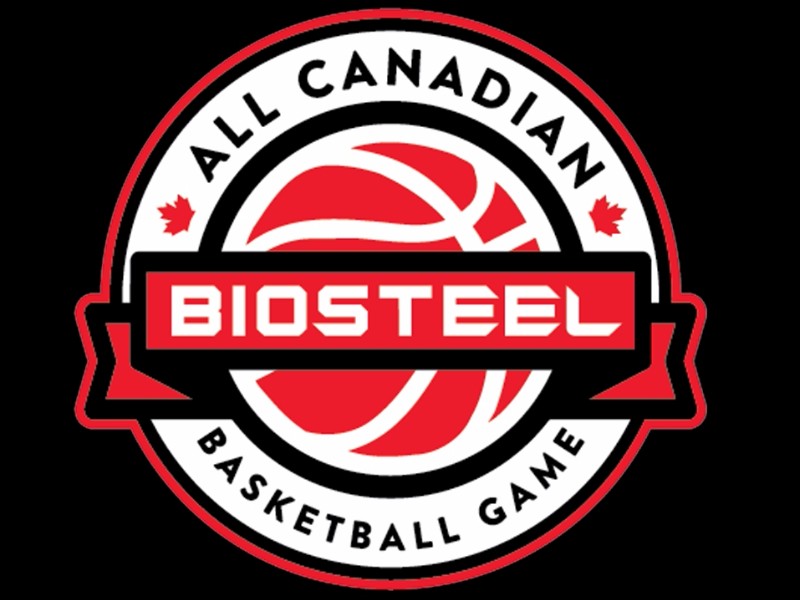 Also check out our report on the top prospects seen at the BioSteel All-Canadian game, where the older prospects participated.
Makur Maker, Australia (via Sudan), Center, Class of 2019, Uncommitted Strengths
-Developed physical profile for his age - 6'11 with long arms, a strong base and developed upper body.
-Mobile for his size. Can get up and down in transition. Solid agility diving to the rim.
-High motor. Really competitive on the glass. Uses his body to carve out space and his reach to keep plays alive.
-Compete level and tools help him protect the rim at the youth level.
-Can catch lobs in space thanks to his length
-Shooting stroke is developable. Sound mechanics, gets good rotation, will occasionally stretch it to three although nothing consistent.Weaknesses-Despite his age he looks a little bit maxed out physically.
-More mobile than explosive. Needs to be on the move to finish above the rim. Average standstill leaper. Limits him a little bit as a finisher, rim protector and rebounder at the highest levels.
-Overall skill level and feel are still developing, although he shows flashes. Tries to push himself in transition, will force passes that aren't there. Shows potential as a shooter but is still inconsistent.
-Not all that savvy as a finisher around the rim. Relies more on tools at this stage. Right-hand dominant.
-Can improve his ability to sit down and defend the perimeter.Outlook The cousin of Thon Maker and Matur Maker, Makur Maker won co-MVP honors thanks to his compete level, physical maturity and flashes of skill. He has the length, reach, and frame of a NBA prospect center already, even if he may be closer to his physical peak than most players his age. He's without a doubt a player worth tracking, as his skill development will determine his long-term upside as an NBA prospect.
Matthew Alexander-Moncrieffe, Toronto, SF/PF, Class of 2020, Uncommitted Strengths-Outstanding physical profile for a combo forward at around 6'6 with a tremendous frame that has room to fill out. Long arms. Wide shoulders. Big hands. May still be growing.
-Run and jump athlete. Plays above the rim with ease in transition and the half court. Far and away the most explosive athlete at the Futures Game. Quick second jump. Strong first step.
-Exceptional motor. Tries to dunk everything. Plays with a level of fearlessness rare for his age. Will get on the floor for loose balls. Flies around on the glass.
-Tremendous defensive potential. Should be able to guard up to four positions eventually. Can sit down and slide. Covers ground on closeouts. Rotates for blocks. Has the frame to check some fours long terms. Stays down on fakes. More disciplined than you'd expect given how wild his offensive game can be.
-Sped up but makes an effort to play the right way. Tries to get others involved.
-Raw but has considerable upside from a physical perspective.Weaknesses
-Skill level is still very much a work in progress. Tools of a three, offensive game of a PF/C at this stage, although he may grow.
-Non-shooter. Releases from the left side of his face, oftentimes on the way down. Shoots it really flat.
-Ball skills are very limited. All straight line. Rigid handle.
-Super sped up on the move. Drives into brick walls at times. Doesn't play with his head up. Needs to slow down.
-Limited to strictly put backs and finishes at this stage. Touch isn't great. How can he score in the half court?Outlook Matthew Alexander-Moncrieffe, the cousin of Kentucky commit Shai Alexander and Virginia Tech commit Nickeil Alexander-Walker, proved to be one of the most intriguing long-term prospects to play in the 2017 Futures Game. He's filled out considerably since we first evaluated him a year ago, and is developing into a near-elite athlete along the way. His skill level, however, hasn't improved all that much and he's very much an athlete, defender type at this stage. With that said, Moncrieffe plays really hard, makes an effort to play the right way, and has impressive physical tools. He needs a lot of polish but the Toronto native has as much upside as any other player to compete in the 2017 Futures Game.
Malachi Ndur, St Thomas (ON), SF/PF, Class of 2020, Uncommitted Strengths
-Intriguing set of physical tools for a combo forward. Around 6' 7 with wide shoulders and long arms. No neck.
-Fluid athlete who can play above the rim in space. Long strides to the rim.
-Former soccer player who has only been playing basketball for about six months.
-Projectable shooting stroke. Ball comes out smoothly. Sound mechanics, especially considering his experience level.
-Can attack a closeout
-Decent feet defending the perimeter. Plays hard overall.Weaknesses
-Limited from a shot creation standpoint. Handle is a bit rigid. More of a modern four skill set than a wing right now.
-Not a threat to make shots off the dribble at this stage. Shooting potential but not quite realized yet.
-Feel for the game and playmaking ability still a work in progress. Doesn't have all that much high level experience.
-Still learning the ins and outs of team and man-to-man defense.Outlook The son of former NHL player Rumun Ndur, Malachi Ndur is late to the game but has a lot of promise from a physical and skill perspective. His frame is projectable at 6' 7 and the fact that he already sports a fairly fluid spot shooting stroke along with solid agility is a welcome sign for his long-term prospects. We weren't able to get an extended look at Ndur as he played a fairly limited role in the Futures Game but he's without a doubt a player to keep an eye on given his development curve, tools and budding skill level.
Luka Sakota, Canada, PG, Class of 2020, Uncommitted
Strengths

-Has grown an inch or so since we first evaluated him last year. 6'4 point guard with decent length. Still very young in the face, far from maxed out physically. Strong legs.
-Super polished skill level for his age. Tight hand, can play at different speeds. Excellent feel for the game. Plays the right way. Makes an effort to get others involved in transition and the half court. Comfortable in PnR.
-Ball comes out really smoothly. Excellent rotation with his feet set. Simple mechanics that don't have a lot of moving parts.
-Touch finishes around the rim. Can use either hand.
-Can sit down and slide on the defensive end. Strong instincts and fundamentals.
-Gets rave reviews for his work ethic. Laser focus.Weaknesses
-Strong legs but average frame up top. Shoulders are a bit narrow.
-Average athlete in terms of explosiveness. Plays below the rim in the half court. Relies more on change of pace and smarts to break a defense down.
-Can improve his ability to great space and make shots off the dribble.
-Defensive potential is slightly limited by his average frame and explosiveness. Sound mechanically but how will he handle strong athletes as the level of competition rises?Outlook
Sakota, who is well-regarded in Canada despite choosing not to play on the AAU circuit, impressed for the second straight year thanks to his feel for the game, offensive polish, shooting stroke and professional approach. How he develops physically will go a long in determining his long-term upside, although he does already have solid positional size at 6' 4. It's rare to see a player with Sakota's maturity, poise and feel at his age, all of which makes him one of the top short and long-term prospects to play in the 201 Futures Game.
Read Next...