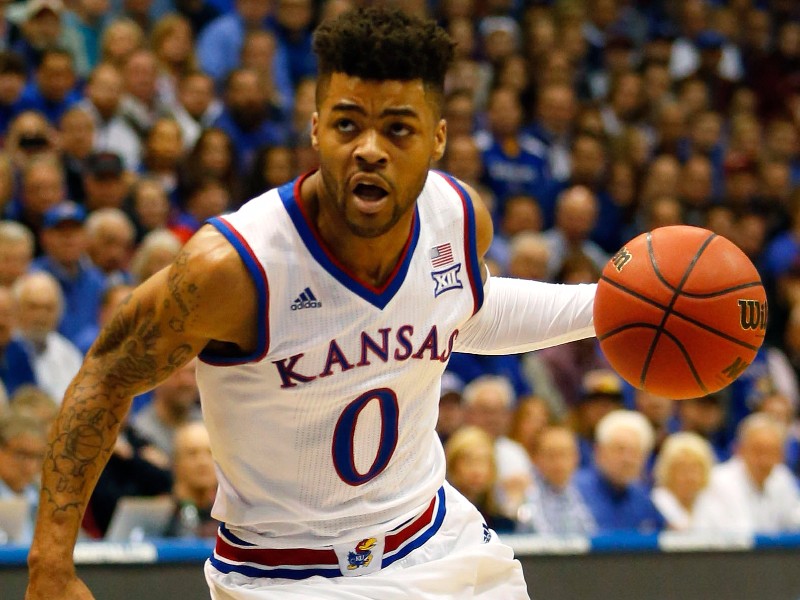 Jonathan Givony
@DraftExpress
When do the top college prospects for the 2017 NBA Draft take the floor on Saturday for the NCAA Tournament Elite Eight? What will NBA scouts be looking for?

Gonzaga showed they can win ugly in surviving the relentless pressure of West Virginia's press in the Sweet 16. Things won't get much easier as Xavier will pose their own unique challenge with a shifting zone defense that absolutely stifled Arizona's guards on Thursday. Gonzaga will try to enter the ball into the post frequently and will rely heavily on the passing ability to Przemek Karnowski to navigate tight spaces and find angles to create high percentage shots. Nigel Williams-Goss had his worst game of the season against West Virginia, and will look to bounce back to prove to NBA scouts that his average athleticism won't hamper him from translating his effectiveness in the WCC to the pro ranks.

For Xavier, scoring won't be very easy either, as Gonzaga is a strong defensive team in their own right. Trevon Blueitt is averaging 25 points per game through three contests and will have a size advantage at the small forward position against Jordan Matthews and Silas Melson.

Scouts will be keeping an eye on Zach Collins, the top prospect in this game, to get a better feel for how ready to play in these type of contests. The West Virginia game was hardly an ideal evaluation setting considering the difficultly Gonzaga had in even getting into their offense, but Collins didn't help himself with his one point, four rebound outing in 16 minutes. His toughness and feel for the game, the two biggest question marks scouts have about him, will be tested in a major way by Xavier's frontcourt.

We haven't seen anywhere close to Dillon Brooks' best in the NCAA Tournament, as he was completely outplayed by Michigan's D.J. Wilson in the Sweet 16. Brooks' hero-ball style hasn't translated against the tougher defenses he's faced in the Tournament thus far, which is a concern projecting to the NBA considering his average size, athleticism and length. Things won't get any easier against Josh Jackson and Kansas, but this is an opportunity for him to show he can get back on track and still be effective against an NBA caliber athlete.

Jordan Bell was the hero for Oregon against Michigan on both ends of the floor, being an incredible difference maker with his athleticism and energy. His ability to switch onto the perimeter and stay in front of guards was essential in the Sweet 16, and he now faces perhaps the biggest test of his college career in Kansas' vaunted backcourt, which has been on fire as of late (and all season really). Bell had some impressive moments offensively against Michigan as well, finding advantages in the post against a poor defender in Moritz Wagner, coming up with numerous offensive rebounds, and making a couple of beautiful passes on short rolls to open shooters spotting up behind the 3-point line.  Kansas will pose a much bigger test, and scouts will be watching to see how he fares against the rock-solid Landen Lucas, who did a great job against Purdue's outstanding frontcourt on Thursday.
Read Next...