What Did We Learn at the 2017 Euroleague Final Four 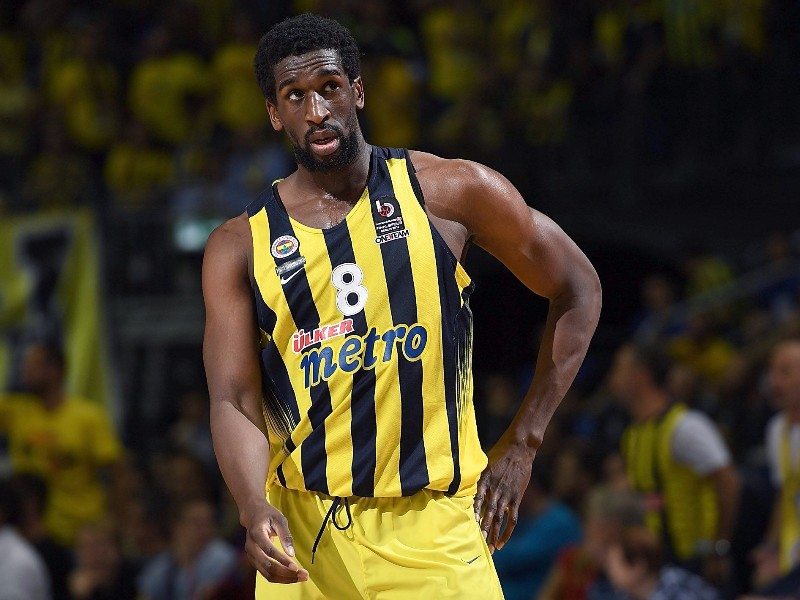 Mike Schmitz
@Mike_Schmitz
Taking stock of what we learned at the 2017 Euroleague Final Four in Istanbul, especially as it pertains to modern basketball, the NBA, and by extension, the 2017 NBA Draft.
EKPE UDOH'S NBA FIT
Ekpe Udoh, the #6 pick in the 2010 NBA Draft, switched, slid, stripped, contested, recovered, rotated and swatted Fenerbahce to a 2017 Euroleague Final Four title, the Turkish power's first in club history.

The former Michigan big turned Baylor transfer certainly could have done more to maximize his opportunities at the NBA level, but the league had yet to evolve into what it is today. At 6-10, Udoh was 'undersized' for a center, and didn't quite have the skill set to fit as a four man, evident by his porous 8.9 points per 40 minutes on 44% shooting as a rookie in Golden State. With post touches more prevalent, Udoh didn't exactly fit on either end - undersized as a defender on the block, and raw as an interior scorer. His toughness was also questioned, and his lack of defensive rebounding was worrisome in a league that played bigger, and wasn't nearly as switch-heavy as it is today.

But since his underwhelming seasons with the Warriors (2010-12), Bucks (2012-14) and Clippers (2014-15), the NBA has trended back in Udoh's direction. He's without question a five in today's NBA, and his perimeter defense and shot blocking instincts are as valuable as ever. Spanoulis, who shot 2-for-12 from the field largely due to Udoh's stifling perimeter defense, definitely isn't Steph Curry, Chris Paul or Kyrie Irving, but Udoh fits a prototype that all teams are looking for, and would most definitely be a defensive asset on virtually any NBA team today.

More than anything, Udoh's Euroleague Final Four dominance emphasized the importance of having a big who can switch ball screens when involved in pick and roll, and put a lid on the rim when he's in help position. His much-improved passing is certainly an added bonus (3.0 assists per 40 minutes this past season), but it's his ability to switch, guard either big spot, and protect the rim that make him an attractive option for a team looking to bring him back over, although after his now-legendary weekend in Istanbul, he likely wouldn't come on the cheap.
BIRCH AND HINES FIT THE MOLD
Udoh isn't the only big to play in the Euroleague Final Four who fits this mold, as Olympiacos' Khem Birch could very well find himself back in the NBA soon as well. Although not quite as long as Udoh (7' 1 wingspan), Birch, still only 24 years old, has outstanding feet and impressive instincts as a shot blocker. Olympiacos used him as a switch man with great success in Istanbul, and his ability to also rim protect and rebound make him a great fit in today's NBA as a bench big. Although not quite the passer of Udoh, Birch is a vertical spacer/lob catcher who still has some upside to grow into. The former UNLV product always had NBA intrigue but his laid back mentality (which he's reportedly improved by leaps and bounds) is what held him back. He'll likely garner big Euroleague offers this summer, but an NBA team may be wise to bring him in before his price tag escalates even more over the next few years.

Although he's in somewhat of a different mold, CSKA's Kyle Hines most definitely deserves to be part of the switch-heavy, new-NBA-fit discussion. A defensive monster who can check almost every position, Hines has a near-Draymond Green-like defensive impact for CSKA. Their combine measurements are very similar in fact, although Hines is a hair shorter. With a chiseled upper and lower body, tremendous hip flexibility and outstanding feet, Hines has the strength to battle modern bigs in the post at 240 pounds, the feet to guard perimeter fours and fives, and the agility to switch everything as well as any defender in Europe. Hines isn't the rim protector of an Udoh or Birch, but he's a hard-playing big with a tremendous mentality and approach to the game who also provides tremendous versatility defensively and would be a great fit next to any 'skill' big or in bench lineups. Turning 31 in September, and already one of the highest paid Americans in big men, there are real questions about how realistic this option is.
THE STYLES OF NBA CENTER

In a point guard, wing-heavy era, the NBA is seemingly employing three styles of centers:

The Switch-Heavy Rim Protectors: Bigs like Udoh and Birch who can switch everything and protect the rim when not involved in the primary action. These bigs are generally vertical spacers as well. To varying degrees (some are more switch than anchor and vice versa) this is the Cauley-Steins, Nerlens Noels, Goberts, DeAndre Jordans, and Biyombos of the league.
The Skill Guy: Bigs who have to drop in pick and roll and aren't traditional rim protectors really have to offer some combination of floor spacing, passing, skill finishing, interior finesse, and defensive rebounding. Bigs like Marc Gasol and Nikola Jokic are the prototypes. DeMarcus Cousins, although more than just a skill big' could fit here as well.
The Offensive Rebounder: High motor bigs who attack the offensive glass, keep plays alive and can sometimes switch on the other end as well. Tristian Thompson is the prototype and guys like Tarik Black have found a way to stick in this mold. You also have your super-sized variety a la Steven Adams and Andre Drummond.

There are certainly exceptions to the rule. Karl Towns can switch, rim protect, shoot, pass, post and drive. Draymond Green is a rare breed. Al Horford checks multiple boxes. Even a guy like Serge Ibaka gives you a unique combination of these attributes.

So, what does that mean for this year's draft class?  Traditional 'bigs' from the ground and pound era are certainly dwindling, but that doesn't mean the center position is dead, it's just changing and there are plenty of 2017 prospects who can add value in the aforementioned areas.

Jarrett Allen, although he needs an uptick in motor and toughness, has the tools to be a switch-heavy rim protector, lob catcher with some touch and offensive upside to boot. The same could be said for Justin Patton and Harry Giles, albeit to a lesser degree. Ike Anigbogu, although maybe not as light on his feet on the perimeter, has monster defensive anchor potential and can be a nightmare as an offensive rebounder/pick and roll finisher, in a somewhat similar mold to Adams.

Mathias Lessort, Bam Adebayo and Jordan Bell, although slightly different, are offensive rebounders who can switch and also slide with fours. Lauri Markkanen (really a 4/5) provides spacing and skill on the perimeter, and really is an ideal fit next to a gu in the mold of Udoh, Birch, or even Hines. Zach Collins and Anzejs Pasecniks provide some versatility at the five, although to different degrees, as they can lob-catch, switch in a pinch, and stretch with time and space. Isaiah Hartenstein has a chance to stick as a big-bodied, 250-pound center who can rebound, pass, and make an occasional three.

Jonathan Jeanne fits in the Ball of Clay category, as he has the silly-puddy-style potential to be molded in a few different ways - can switch a little, rim protect, shoots occasional threes, has some skill - depending on how he develops physically. Then you have your combo forward types like OG Anunoby and Semi Ojeleye who should be able to slide up and play occasional minutes at the super small ball five for a forward-thinking coach. Maryland's Justin Jackson brought similar intrigue before electing to return to Maryland for his sophomore season.

The NBA is already overflowing with big men. Scouts and executives are searching for combo forwards with versatility and shooting, so some of the aforementioned big man prospects likely won't stick, but in today's NBA, it won't be the centers who can switch, guard the perimeter, and protect the rim. The center position has evolved in the NBA, re-opening doors for guys like Udoh, Birch, and Hines, who either busted out or got left behind in their first go-around. As we saw first-hand at the Final Four in Istanbul, switching and rim protection is king.
Read Next...