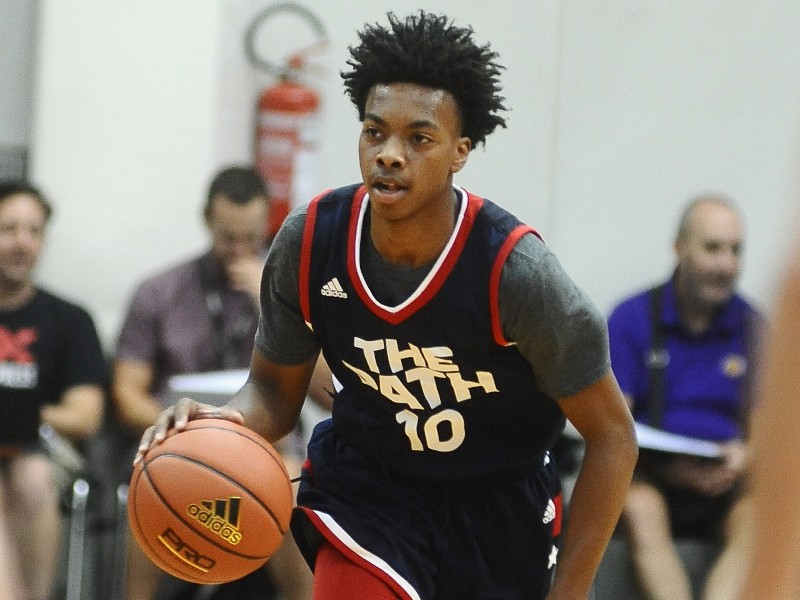 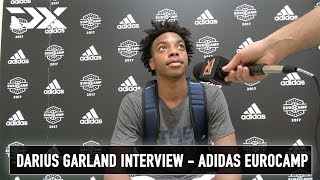 Mike Schmitz
@Mike_Schmitz
Outside of the Next Generation action, Darius Garland was sensational once again, scoring 13 points on just 8 shots.  His skill level, quickness and creativity with the ball have stood out in a major way through the first two days of the EuroCamp as he's made a strong case for consideration as the top guard in the class of 2018, at least as far as future college production is concerned. He is extremely poised and confident for a 17-year old guard, especially one who is as small and slight as he is.
Read full article

Mike Schmitz
@Mike_Schmitz
Brentwood Academy standout Darius Garland turned in one of the top individual scoring performances in Eurocamp history scoring 18 points on 7-7 shooting in only 13 minutes of action.  An impressive athlete who plays at his own pace, but can pull-up on a dime and make shots with range, Garland poured in on thick in limited minutes.  Using changes of speed to get to the rim in early offense and showing great quickness and ball handling ability creating in the half court, Garland scored from the inside and out to help his team earn a comfortable victory.

Standing only 6'1 in shoes with a 155-pound frame when he was measured last summer by USA Basketball, Garland's body doesn't appear to have improved significantly since last year, but there's no questioning his talent level.  He's grown considerably since we first saw him a few years ago, as he was more of a spot up shooter at that stage, as his floor game has blossomed in a major way since then.
Read full article