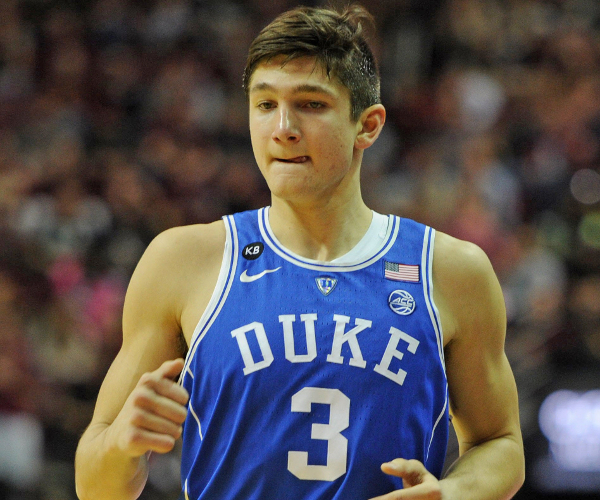 
Julian Applebome is a scout and video analyst for DraftExpress. Follow him on twitter and check out the DraftExpress Video section. He will be breaking down the NBA draft all year long for us.
Read full article

Allen had perhaps the most damaging performance of any prospect on the floor, as he looked completely overmatched and really exposed his flaws for all to see.

Miscast as Duke's starting point guard, Allen was hounded by Kentucky's talented backcourt all night, and his limitations as a passer, playmaker and ball-handler were never more evident. He repeatedly drove into brick walls trying to execute the same predictable move, being unable to change speeds or directions, pull-up in the mid-range, or improvise on the fly when his initial move was cut off. He turned the ball over four times, sometimes in very sloppy fashion on simple plays, looking extremely rattled after a very shaky start. His defense was also nothing to write home about, appearing to fall asleep on a few different possessions.

While this was only one game, and Allen will have many more opportunities to show that he's a better player, there were already serious concerns going into the season about whether he is ready to handle such a heavy ball-handling and playmaking load for Duke.
Read full article 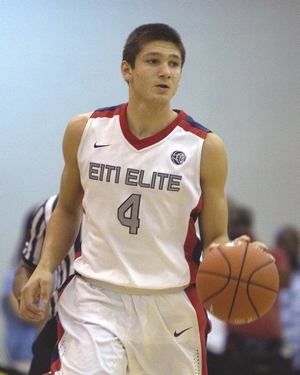 Strengths:
-Very good physical attributes. Strong frame. Good quickness. Explosive. Can play above the rim with ease
-Versatile scorer
-Excellent shooting mechanics and deep range. Capable outside shooter with feet set or off the dribble
-Can create own shot. Drives hard to the rim. Gets to the free throw line at a good rate
-Team player. Makes extra pass. Can drive and dish.
-Good rebounder for position thanks to athleticism, strong frame and solid intensity level
-Tough kid. Takes hits around the basket. Competes on defense

Weaknesses
-Slightly undersized for a shooting guard
-Needs to improve ball-handling skills in the half-court, particularly with his left hand
-Only made 33% of his 3-point attempts with E1T1 at the Nike EYBL. Shooting mechanics and confidence suggest he'll become more consistent in time, but is currently prone to streakiness at times

Outlook: Late bloomer who improved significantly as his career moved on, helping him go from unknown to potential McDonald's All-American. 4.0 student. Swallowed his ego and came off the bench for E1T1 this spring/summer, despite being one of the most productive players at the entire Peach Jam, helping his team win the championship eventually. Shows impressive athleticism and versatility. May develop into more of a combo guard as career unfolds thanks to his strong feel for the game.
Read full article