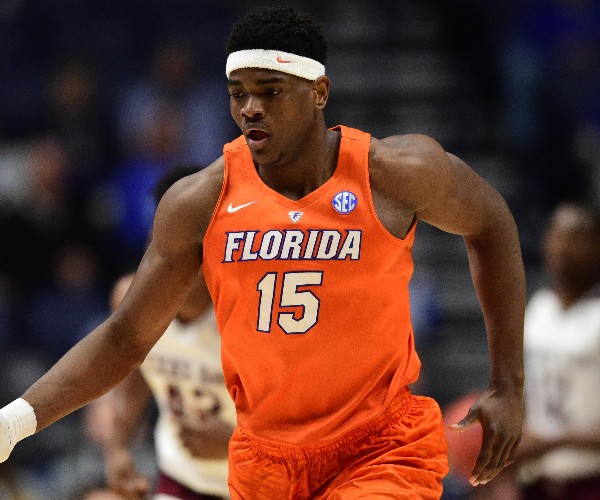 Florida had an up and down campaign in Mike White's first season as head coach in Gainesville, but one bright spot was John Egbunu, a transfer from South Florida who emerged as a highly productive center as a redshirt sophomore. Now returning for his junior year, after missing much of the offseason following surgery to repair torn ligaments in his thumb, Egbunu will look to continue to establish himself as a force in the SEC and improve his draft stock. 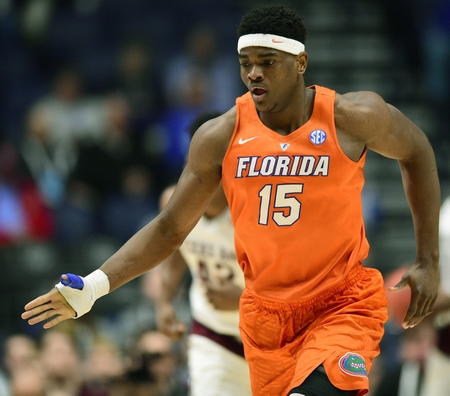 At 6'11 and 255 pounds, Egbunu's physical credentials immediately stand out. He's absolutely chiseled and proportionately strong from his legs to shoulders. Egbunu's NBA intrigue largely stems from his strong quickness and explosiveness for a player his size. His 7-foot-plus wingspan, along with his wide frame, makes him an imposing defensive force at the college level and makes him a handful on the offense end against undersized college teams.

Egbunu is a highly efficient  though limited  offensive player. In fact, just five of his 251 field goal attempts last year came outside of the paint, per Synergy Sports Technology. His post game is a highly mechanical work-in-progress, although it's the bread and butter of his game. Nearly half of his possessions last season came out of the post, where he converted on just 46 of his 109 field goal attempts (42.2%).

Even still, his wide base -- complemented by his bounciness  enables him to consistently seal off defenders and catch lobs under the basket  where he thrives at an elite level. Egbunu averaged 17.9 points pace 40 minutes last season, largely thanks to his finishing ability around the rim in non-post-up situations. He converted on an impressive 85-of-121 (70.2%) field goal attempts around the basket, per Synergy Sports Technology, and indicator of his rare combination of power and explosiveness.

Arguably Egbunu's most valuable strength comes as an offensive rebounder, where his combination of size and anticipation for the ball makes him a nightmare to box out. Per 40 minutes pace adjusted, Egbunu pulled down 4.2 offensive rebounds  one of the best rates in the SEC. He is also an effective screen-and-roller; where he converted on 26-of-31 (83.9%) pick-and-rolls per Synergy.

Elsewhere on offense, Egbunu is something of a liability. He recorded just 12 assists in 34 games last season. Given his position and role on the floor, his lack of passing isn't necessarily a non-starter for his NBA prospects, but he will need to cut down on his turnovers dramatically  as his 18.3% turnover percentage through his college career is fairly high for a big man. While he gets to the line at an impressive rate (7.9 free throw attempts pace 40 minutes), he's a dismal free throw shooter with ugly mechanics and will need to work hard to improve from his current 53.7% career free throw percentage.

Defensively, Egbunu is blessed with overwhelming physical tools, but still has a lot to improve. When motivated, he's an elite post defender, possessing active feet and a strong foundation to maintain position against the country's biggest bodies.

Egbunu also has plenty of tools to be an elite rim protector. However, his timing and overall feel on the defensive end seem to lag well behind his physical presence. He averaged just 2.2 blocks pace 40 minutes last season and was seen consistently chasing rejections instead of securing rebound position. To his credit, even though he makes it difficult on himself, Egbunu is still a strong defensive rebounder  posting a 16.1% defensive rebound percentage last season.

Overall, at 22 years old, Egbunu is still somewhat raw for a player his age, which isn't shocking considering his late start in basketball. He's physically gifted and showed nice progress last year as the season went on for the Gators, so it will be interesting to see how he continues to develop as a junior. Offensively, he'll need to show improvement at the free throw line and cut down on his turnovers. Defensively. he'll need to improve his timing and positioning as a rim protector in order to lower his foul rate and increase his effectiveness. There's a lot to like about his physical profile and if he can improve on his weaknesses, Egbunu has potential to succeed at the next level.
Read full article