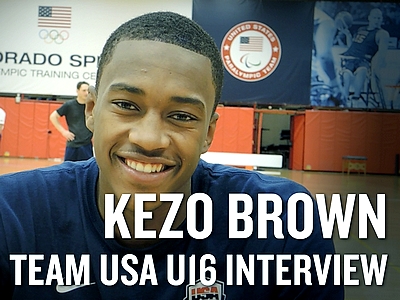 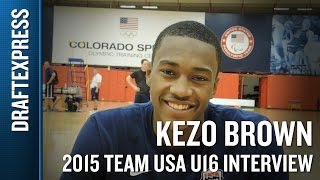 Mike Schmitz
@Mike_Schmitz
Although he grew half an inch, Marquis Kezo Brown (#25 Future150) didn't change much physically since the Development Camp in October. The Chicago native measured at 6' 1 in shoes with a 6' 4 wingspan while sporting a fairly wide 168-pound frame that should continue to fill out in time. Brown plays with a defense-first mentality, which will likely be his calling card as he continues to polish his offensive game. Brown is more of an attacking, combo guard at this stage of his development as he's most comfortable using his speed and quickness to break down his man off the bounce. Brown has a tendency to get a bit out of control at times and has room to improve as a pure passer, while tightening up his perimeter jump shot. Although not the most refined offensive player, Brown shows flashes by mixing in impressive combo moves to go along with his already stellar defense. He's got great toughness and a huge personality, and will be recruited at the highest levels of college basketball, even though he was among the first players released from this roster due to the glut of point guards.
Read full article