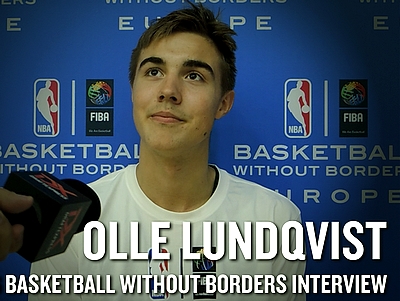 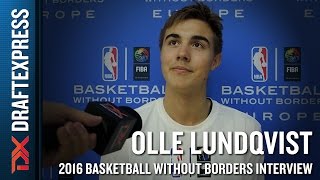 Strengths:
-Versatile wing with a high basketball IQ
-Showed the ability to operate anywhere between the 1-4 at the U18s
-Aggressive in the open court, where he attacks the rim with purpose. Draws fouls and isn't afraid of contact
-Will bring the ball up and get his team into their offense. Likes to probe off the dribble using long strides, hesitation moves, change of speeds and crafty footwork and timing
-Good timing on his passes. Uses both sides of the floor. Gets his teammates open shots and easy baskets regularly
-Makes pull-up jumpers with nice touch despite his unconventional form, even off late-clock isolations. Shows enough potential as a shooter to lead you to believe he can improve here in time. Made 9/24 3-point attempts (38%) at the U18s and is a career 78% FT%
-Tough and versatile defensively. Crashes the glass. Gets in the passing lanes. Rotates for blocks.
-Very strong intangibles. Wants the ball in his hands late in games. Shows a great blend of toughness and smarts
-One of the youngest players at the tournament. Only turned 17 in December. Over 18 months younger than many here

-Good athlete for a European prospect, but nothing exceptional
-Shooting mechanics are not great. Has a flat-looking push shot with too much of a wind up. Labored off the dribble stroke that makes it difficult to get off quickly with a defender on him
-Career 19/66 (29%) in international play in 23 games in our database
-Does not have great burst off his first step. May struggle to emerge as a high-level shot creator against elite wing defenders. Was better operating as a mismatch threat from the power forward spot
-Shoots with right hand on left side of basket.

Outlook: Lundqvist was by far Sweden's best player and prospect, despite being the youngest one on their roster. He came into this tournament having just recovered from a long bout with mononucleosis, which caused him to lose ten pounds, but showed a great competitive spirit trying to avoid his team getting relegated, which he was unfortunately unable to do.
Read full article