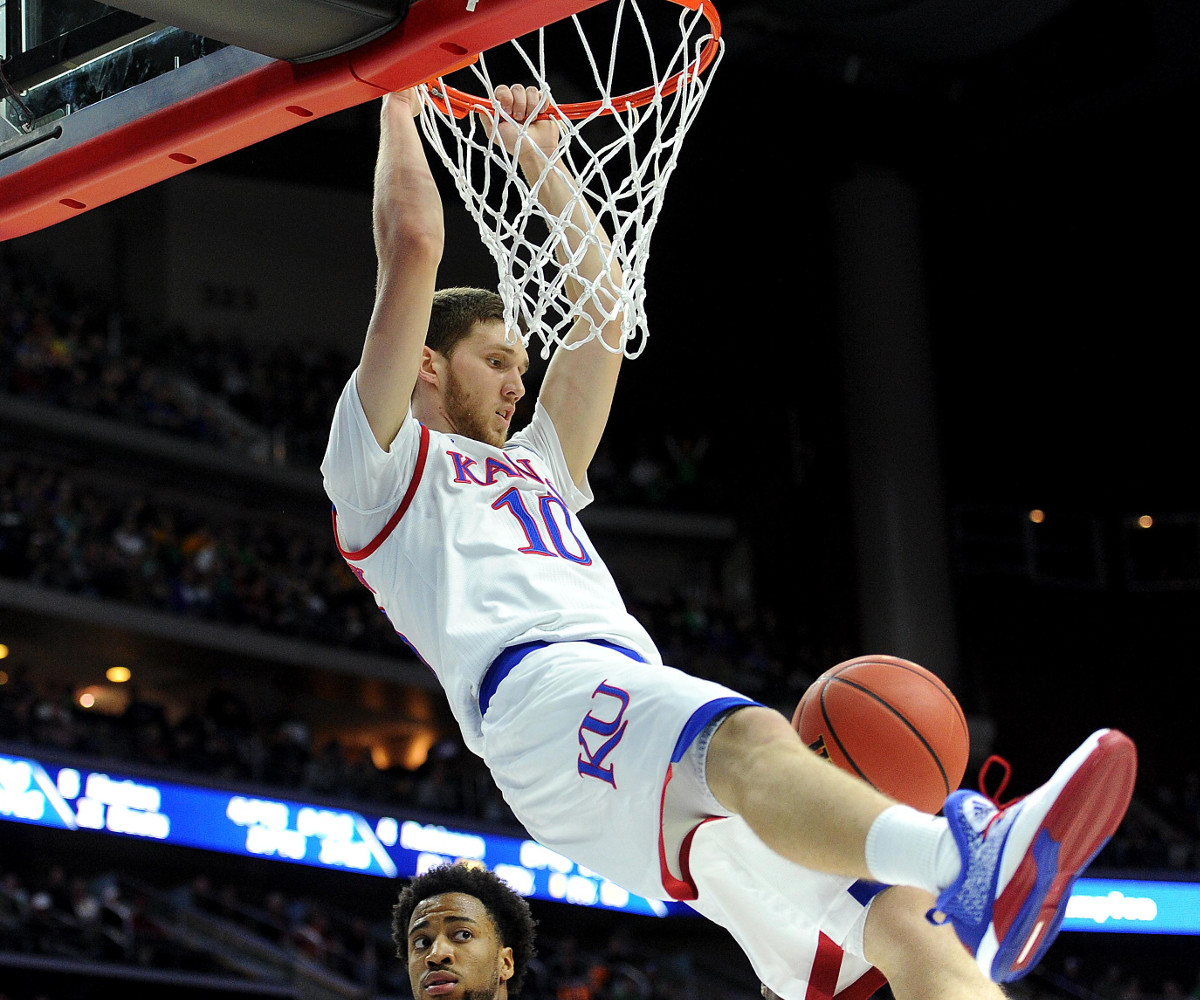 DraftExpress
@DraftExpress
Able to stray away from his fairly confined role as a spot up shooter at Kansas, Sviatoslav Mykhailiuk played arguably his best all around game of the Eurocamp against the USA Select Team, posting a triple double  12 points, 11 rebounds, 11 assists  in 37 minutes. The 19-year-old Ukranian guard made 4-of-11 threes both off the catch and the dribble, but it was his court vision and playmaking ability as a primary ball handler that stood out the most.

Mykhailiuk proved comfortable operating out of ball screens as he regularly whipped passes to the roll man and the weak side shooter. At 6' 6 Mykhailiuk is able to see over the top of the defense, and while he's a capable yet not overly polished ball handler, he's quick enough to turn the corner and find teammates while on the move. The Cherkasy native was also able to turn several of his 11 rebounds into transition buckets, pushing the ball fluidly up the floor and creating scoring opportunities with no-look and behind the back passes.

Defensively, Mykhailiuk continued to showcase his improvement as he contained penetration regularly both against isolation and in closeout situations. He has quick feet and an improved frame, both of which helped him all camp long. 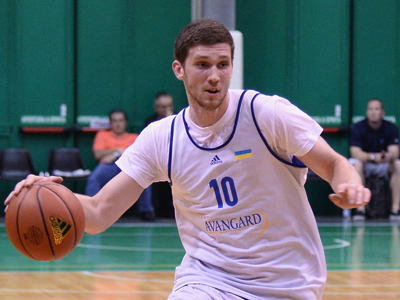 Mykhailiuk's versatile performance didn't come without any miscues, however. He has a tendency to go for the homerun play at times and can have brief lapses in his decision making, evident by the six turnovers he committed. He also struggled to finish at the rim (0-for-6 from inside the arc), with two of those misses coming off of blown dunks. While he's a very good leaper in space, Mykhailiuk can improve his ability to take contact in the paint. He also had some struggles creating high percentage offense in isolation situations, and proved to be a bit streaky as a shooter for the majority of the camp.

With all of that said, it was a refreshing to see Mykhailiuk able to show some of the playmaking skills that excited scouts during the 2014 Nike Hoop Summit practices when he was just 16 years old. It remains to be seen whether or not Mykhailiuk will be able to showcase some of those skills in his junior season at Kansas with Frank Mason and Devonte Graham both returning and highly-touted freshman wing Josh Jackson coming in, but the Ukranian guard proved that he can bring more to the floor than standing in the corner and shooting up jumpers.
Read full article

DraftExpress
@DraftExpress
We have not seen an official roster yet, but NBA teams will be happy to know that Sviatoslav Mykhailiuk is slated to be in attendance. This is a great opportunity for scouts to evaluate the promising 18-year old outside of Kansas, where he's struggled to carve out a major role in his first two seasons in college. Mykhailiuk would have been one of the youngest players in this year's draft had he elected to declare following his somewhat disappointing season, so there is still plenty of time for him to show why he was so highly touted going into Kansas.
Read full article 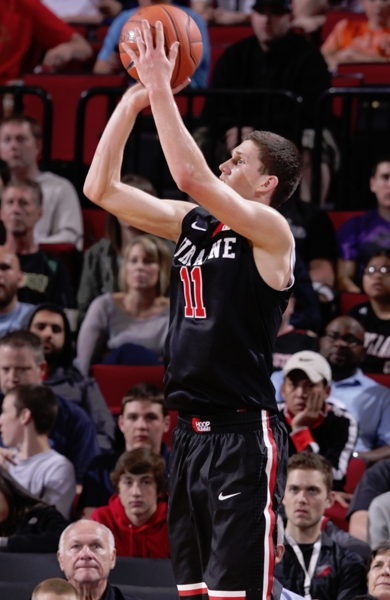 Strengths:
-Very good athlete
-Nice frame that will fill out in time
-Fluid with good body control
-Can create his own shot, mainly for jumpers
-Nice shooting mechanics, talented shooter
-Terrific with feet set
-Can hit shots in a variety of different ways, step-backs, pull-ups, etc
-Changes speeds in transition
-Has a few different gears he can operate at
-Drives left or right
-Competes defensively
-Good instincts and awareness on defense
-Gets in passing lanes
-Contributes on the glass
-Good feel for game
-Not a selfish player
-Makes extra pass

Weaknesses:
-Poor wingspan (6-6, same as height)
-Lives off tough shots
-Not efficient at all inside the arc
-Low 2-point percentage guy his entire career
-Misses a lot of easy looks around the basket due to lack of length and strength
-Will need to find a way to diversify his game and try to become more efficient
-Struggles defensively at times due to lack of length and strength

Outlook: Super talented young wing with a scorer's mentality. Did not play a great tournament coming off a strong showing at the Nike Hoop Summit where he was a last minute invite. Already seeing significant playing time in the Ukrainian first division with Cherkassy.
Read full article

Matt Williams
@DraftExpress
Sviatoslav Mykhailiuk didn't get a lot of opportunities to score, but he showed some impressive tools for a 16 year-old when he did. Standing 6'6 with a 6'6 wingspan, and a solid 191 pound frame, the Ukrainian shooting guard showed intriguing athleticism and the ability to create space or find the open man off the dribble. Throwing a number of terrific passes and knocking down a step-back 18-footer isolated on the wing in the clutch, he's stood out on the few chances he's had to make an impression. Competing regularly against older players may become the norm for Mykhailiuk who has had a number of college teams come out to the Ukraine to recruit him. The son of a professor, he attends a multi-lingual school in the Ukraine, speaks very good English, and is in position to potentially commit to and attend an NCAA institution starting this fall even though he'd only be 17 years old for the duration of his freshman year, making him one of the youngest players in college basketball history. The target of a number of top-level Euroleague teams as well, Mykhailiuk is one of the more intriguing 1997-born prospects outside of the United States, and his status as a recruit is something we'll be monitoring closely.
Read full article