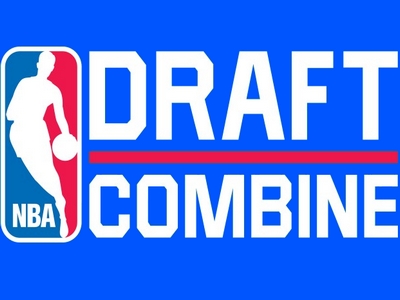 DraftExpress
@DraftExpress
While skill level and production clearly play the biggest role in a draft prospect's stock, a player's measurements also are a factor in evaluating their NBA potential. Here's a look at how some of the top prospects in the 2015 NBA draft measured as well as some notable measurements and comparisons.

See how the players stack up in our extensive database, spanning back more than a decade.

Note: validity of standing reach measurements are being confirmedAnalysis
-Chinese center prospect Zhou Qi measured as one of the longest players in our database all-time as his 7'7.75 wingspan ranks behind only Alexis Ajinca, Rudy Gobert, and Boban Marjananovic among active NBA players. Standing 7'2.25 in shoes, he also ranks among the 15 tallest players we have data for. However, despite having put on some 10 pounds since he was measured at the Nike Hoop Summit last year, the skilled 20 year old remains painfully skinny at 218 pounds.

-Vanderbilt's Wade Baldwin was perhaps the biggest winner here measuring 6'2.5 without shoes with a massive 6'11.25 wingspan. Only one other prospect measured in Chicago posted a bigger wingspan differential than Baldwin's +8.75 mark. Baldwin's length sits at an extreme a for point guard. Tyreke Evans is the only current NBA player that we have a bigger official wingspan measurement for in our database who sees time at the point guard position.

-Standing 6'4.25 in shoes with a 6'9.5 wingspan, Kris Dunn didn't participate in all of the tests administered, but his numbers are fairly impressive nonetheless, landing in the same ballpark as some of the most physically gifted lead guards in the game. From a physical perspective, Dunn is just a bit bigger than John Wall who measured 6'4 in shoes with a 6'9.25 wingspan and a 196-pound frame coming out of Kentucky in 2011.

-Oklahoma standout Buddy Hield measured a bit longer than expected with a 6'9.25 wingspan while standing 6'5 in shoes. Hield doesn't have standout size for a shooting guard, but he has well above average height and length to go along with a solid 212-pound frame that ranks prominently among prospects at his position historically.

-Jakob Poeltl posted an even wingspan differential at the 2015 Nike Skills Academy, so it came a as a bit of a surprise that he measured an identical 7'1 in shoes, but with a 7'2.75 wingspan, up almost 2 full inches from last summer. At 239 pounds but with an impressive 5.8% body fat, it will be interesting to see how easily Poeltl can pack lean mass onto his frame in the coming seasons as his weight hasn't changed almost at all over the last year. At this stage, he's similarly proportioned to Willie Cauley-Stein, even if he isn't that same caliber of athlete.

-Not unlike Poeltl, Henry Ellenson's numbers came out a bit better than expected here as well. Measuring 6'11.5 in shoes, up almost 2 full inches from the last set of measurements we have on him from USA Basketball 2 summers ago, with a 7'2.25 wingspan. His 11.2% body fat is a bit high, but not outrageously so. The 19 year old big man clearly has room to improve his already 242-pound frame, but his combination of size and length could give him the ability to slide over to center from his natural power forward position as his body matures down the line.

-Skal Labissiere measured almost exactly as expected relative to the numbers distributed by Kentucky from their combine before the start of the NCAA season. At 6'11.75 in shoes with a 7'2.5 wingspan, the big Haitian has ample size for either the power forward or center position at the next level. This key question for Labissiere moving forward is how much good weight he can add to his frame and whether he can keep it on over the course of a grueling NBA season. Weighing 225 pounds with 8.8% body fat last fall and just 216 pounds with 5.7% body fat here, that is certainly worth keeping an eye on.

-Michigan State freshman Deyonta Davis measured 6'10.5 in shoes with a 7'2.5 wingspan and a 237-pound frame with 9.7% body fat. He doesn't have freakish length, but compares favorably to many current NBA players at the power forward and center positions. Teammate Denzel Valentine posted a similar body fat of 9.2%, but did so weighing just 210 pounds, down no less than 12 from last summer when he was weighed at the trials for the Pan American Games as the senior continues to make strides with his conditioning after a sensational college season.

-Having grown over an inch and gained 20 pounds over the last two years, Marquese Chriss measured 6'10 in shoes with a 7'0.25 wingspan and 233-pound frame. He isn't outrageously big relative to a number of the other power forwards in this class, but came in a bit taller than expected. It will be interesting to see how the explosive freshman fares in the athletic testing portion of the combine.

-Among point guards, Demetrius Jackson measured 6'1.75 in shoes with a 6'5.5 wingspan and 194-pound frame. He tipped that scales at an identical 194 pounds as the 2013 Nike Hoop Summit, but the chiseled point guard has grown a bit since then. He's almost exactly the same size as Trey Burke who measured 6'1.25 in shoes with a 6'5.5 wingspan and a less impressive 187-pound frame coming out of Michigan in 2013.

-Tyler Ulis is one of the more fascinating cases in this draft from a size perspective. Measuring 5'10 in shoes with a 6'2 wingspan, the diminutive floor general could become one of the smallest players ever selected in the first round of the NBA Draft this June and very likely the lightest, as he tipped the scales at just 149 pounds, albeit with an impressive 5.2% body fat. For reference, Ulis is a shade taller and longer, but far lighter than Nate Robinson who measured 5'9 in shoes with a 6'1 wingspan and a 181-pound frame at the NBA Pre-Draft Camp in 2004. Ulis was not the smallest player measured here in terms of height as Kay Felder measured a half inch shorter at 5'9.5 in shoes with a 6'2.5 wingspan and a 177-pound frame.

-Malik Beasley has grown little over the last two years, but at 6'4.5 in shoes with a 6'7 wingspan and a 190-pound frame, he has prototypical size a shooting guard measuring almost exactly the same size as Austin Rivers.

-This set of measurements include our first official data on UNLV's Patrick McCaw. One of the more under the radar prospects in college basketball, McCaw measured 6'6.75 in shoes with a 6'10 wingspan and a 181-pound frame. The talented sophomore has sensational size for a two guard. As his frame matures he could conceivably fill in at both wing positions down the road. Other notable players popping up in our measurements listing for the first time include Ben Bentil, who measured 6'8.25 in shoes with a 7'1.5 wingspan at just under 230 pounds, and DeAndre Bembry, who stands 6'5.75 in shoes with a 6'9.25 wingspan at 207 pounds.

-Brice Johnson measured a bit taller than expected at 6'10.5 with a 7'0.25 wingspan, but his 209-pound frame is far lighter than anticipated and remains a point of interest as he transitions to the pro level.

-Malachi Richardson measured taller than expected at 6'6.25 in shoes with a 7-foot wingspan and a 200-pound frame. He has terrific size for a wing.

-Thon Maker measured 7'0.75 in shoes with an impressive 7'3 wingspan. He has terrific size for a big man either interior spot, but tipped the scales at 216 pounds, down some 10 pounds from when he was measured at the Biosteel All-Canadian Game a few weeks ago and even down a few pounds from the 2015 Nike Hoop Summit. His ability to get stronger remains a major key to his long term development.

-Kansas big man Cheick Diallo measured an middling 6'9 in shoes with a 219-pound frame, almost identical to his measurements released over each of the last two summers from various events. He compensated, however, with a 7'4.5 wingspan, a massive 9 inches over his height without shoes, the largest wingspan differential recorded at this year's NBA Combine. That mark compares favorably to players like Taj Gibson who stood 6'9.75 in shoes with a 7'4 wingspan and a 214-pound frame in 2009.

-Damian Jones had the widest hands of any player in attendance while measuring 6'11.5 in shoes with a 7'3.75 wingspan and a 244-pound frame with only 6.6% body fat. Needless to say he has tantalizing physical tools for a center at the next level.

-Wisconsin's Nigel Hayes tied Wade Baldwin for the 2nd largest wingspan differential standing 6'7.25 in shoes with a massive 7'3 wingspan and a 245-pound frame.

-Maryland's Diamond Stone and Robert Carter were the two heaviest players in terms of weight and recorded the 2nd and 4th body fat percentage respectively. At 6'8.5 with a big 7'3.25 wingspan, Carter could conceivably play some center at the next level if he improves defensively, while Stone, at 6'10.25 in shoes with a 7'2.75 wingspan measured quite a bit smaller than expected as he's roughly the same size as he was four years ago after his freshman year in high school.

-Gary Payton recorded the lowest body fat percentage at just 4%. At 6'3 in shoes with a 6'8 wingspan, Payton is a terrific physical specimen at the point guard position.

-Melo Trimble had the shortest wingspan of any player in attendance measuring 6'2.5 in shoes with a 6'2 wingspan. Fortunately his height is above average for a point guard. No player here measures a wingspan lower than their height without shoes.
Read Next...