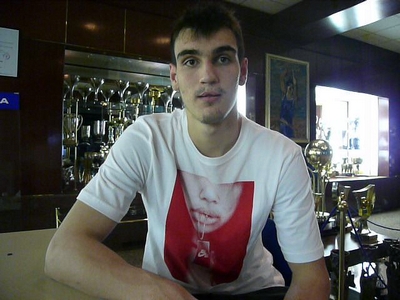 -What are you feelings about playing in the NBA next season?
-Which NBA player will you be most excited to play against?
-Which NBA player is your style of play closest to?
-Is there a particular team you feel your style fits with?
-How many times have you been to the United States? What was different from Croatia?

-Is there any part of the United States you would want to live in?
-What was it that made you decide to enter the draft this year?
-How have you changed as a player in the past year?
-What position do you think you will play in the NBA?
-What do you need to continue working on to reach your potential?

-How has your season been so far in Croatia?
-What are your plans for the pre-draft process?
-What are your goals for your playing career?
-Who do you think wins the NBA title this year?
Read Next...