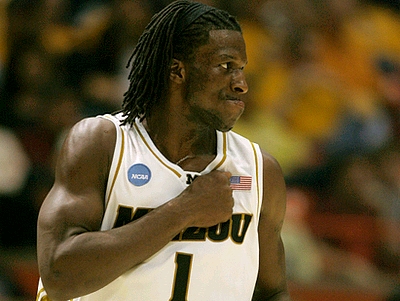 Jonathan Givony
@DraftExpress
While in Chicago, we also had a chance to take in a brief 45 minute workout at the old Multiplex gym right down the street from Moody Bible Institute, featuring players such as Joe Ingles, Luke Harangody, DeMarre Carroll, Micah Downs and others. Here is what we learned.

Workout footage produced by Tad Hathaway of 312Media. 312 Media is a cutting-edge, Emmy-nominated digital production company based in Chicago. For more information on their background and capabilities, shoot them an e-mail.

Analysis: Having already evaluated the other players here on multiple occasions, we were especially excited to see Joe Ingles, as hes generating some pretty nice buzz these days. While there were a few interesting things to take away from this workout, the lack of competitive action seen here means well probably have to wait until the Reebok Eurocamp in Treviso to get a real read on what type of player he is.

Ingles is intriguing from a standpoint that hes a true wing player with excellent size for his position at around 6-8. His frame looks noticeably better than it did in the past, and he appears to be a fairly agile prospect with nice fluidity. Ingles can put the ball on the floor going either direction and has a really nice mid-range game, looking very smooth pulling up off the dribble. His perimeter jumper looks a bit on the funky side and isnt all that quick, but he does appear to be capable of making shots from beyond the arc, even if he was a bit streaky in this setting. He has a reputation for being a great passer, but that was impossible to see here.

Defensively is where wed really like to see more of Ingles, as this will probably be a deciding factor in how teams view him. Due to the amount of workouts the prospects were slated to take part of immediately after this weekend, we werent able to see anything on this side of the floor to avoid the risk of injury.

From an intangibles standpoint, Ingles is impressive, and is already drawing rave reviews in many of the workouts hes attended. The fact that hes been playing professional basketball for the past three years definitely gives him a leg up over many of his NCAA counterparts.

It will be interesting to see how he is able to perform in Treviso. He will be teaming up with Australian Institute of Sport teammate and national team member Patrick Mills there.

Analysis: Carroll is not really the type of guy you want to evaluate in a non-competitive workout, as most of the best things he brings to the table are best seen in five on five games. His ball-handling and perimeter shooting skills looked better than advertised, but still probably arent up to par with some other forwards in this draft, although in terms of pure toughness and intensity, there arent many players who can offer more. He was running a bit gingerly coming off a minor ankle sprain he suffered in his last workout in Indiana, but is probably already back at full strength at this point.

Analysis: The two things that stood out the most about Harangody were his conditioning and overall skill-level. He appears to have dropped a decent amount of weight and looks to be in very good shape now, even if hes clearly not the most athletic power forward youll find in this draft. He may very well be the best shooter, though, at least from what we could see herehe was knocking down NBA 3-pointer after NBA 3-pointer with unorthodox mechanics but a very quick release. Harangodys scoring instincts shine through even in a setting like this, he has great touch around the basket and can even make some shots of the dribble it seems. Teams will want to get a better read for how he projects defensively at his position, which is not something we could really evaluate in this particular setting.

Harangody is still only testing the waters at this point and is keeping his NCAA eligibility open until he decides whether to stay in the draft or not on June 15th. Hell likely be looking for a firm commitment from a team if hes to pass up returning to school.

-Relative to expectations, Micah Downs may have impressed us the most out of all the players we watched work out. Downs athleticism is very impressive to take in in person, and the ability he showed in terms of creating separation from his defender in the mid-range area really stands out. His terrific length allows him to cover a great deal of ground on his one-dribble pull-up, and he was shooting the ball really well in the drills we took in. He also jumps out of the gym and was responsible for some highlight reel caliber dunks after the workout was overnot a surprise considering his slam-dunk contest credentials. Hes probably going to look really good in most of the places he visits over the next month or so, and in our view, is probably a pretty good guy to roll the dice on somewhere in the second round, as he still has considerable upside.


-Leo Lyons skill-level is obviously extremely high based on the way he was shooting the ball in some of the drills we saw, and hes also a very good athlete at his position. Hes another guy that will likely make a very strong impression in private workouts, and could find himself somewhere in the 2nd round in turn.
Read Next...