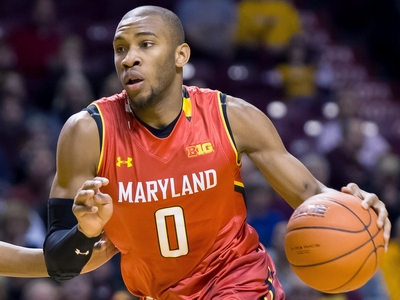 A top-20 recruit in the class of 2012, Rasheed Sulaimon was the prized gem in an otherwise down recruiting year for Mike Krzyzewski and Duke. Sulaimon made good on his recruiting hype early and emerged as a star for the Blue Devils as a freshman, appearing destined for a future in the NBA.

Nearly four years, after an alleged sexual assault (the details remain cloudy), and a transfer to Maryland, Sulaimon's NBA chances are riddled with question marks. 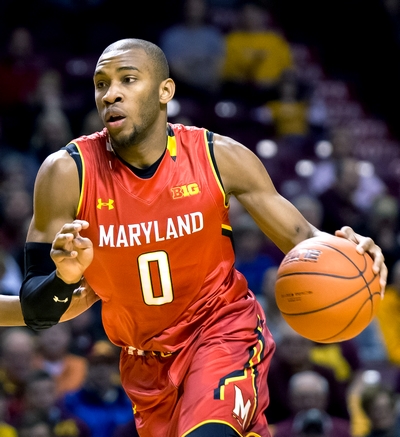 At 6'4 and nearly 200 pounds, Sulaimon is undersized for his natural off-guard position at the next level and lacks the ball-handling skills, court vision, and overall offensive feel to slide comfortably into a point guard role in the NBA. His length  with a 6'7 wingspan  is solid, and he's an aggressive defender who likes to challenge opposing teams' best players with intense ball pressure. He emerged as Duke's lockdown perimeter defender before his eventual dismissal as a junior and carried that reputation over to Maryland, where he consistently drew the Big 10's toughest assignments game-to-game.

Sulaimon's reemergence at Maryland helped display his adaptability to a new role. While he scored a career-low 13.9 points per 40 minutes pace adjusted as a senior, he also dished out a career-best 4.4 assists per 40 minutes pace adjusted. Sulaimon moved from a ball-dominant role with Duke as the leader of the second unit to an off-ball role with Maryland in the starting lineup, a switch that did wonders for his efficiency. As his usage dropped from 22.6% as a junior to 17.9% as a senior, Sulaimon's shooting improved to a career-high 42.9% from deep and a career-high 59% TS%.

Perhaps the fairest criticism of Sulaimon's game is that it's hard to measure how much he's truly developed from his freshman year to his senior year. Though he's had four years to grow, his frame has generally stayed the same, and his overall productivity hasn't changed much, as his 16.4 PER was exactly his career average and even a hair lower than it was as a freshman.

Sulaimon's NBA chances hinge on his potential as a 3-and-D combo guard. As a senior, he hit on 33-of-72 (45.8%) catch-and-shoot opportunities  which is an elite rate. Moreover, he's established himself as one of the top perimeter marksmen in the country, converting 40.3% of his three-point attempts over his four-year career. He has a quick release, smooth arc, and strong lift that's remained remarkably consistent throughout his college career.

In half court sets, 67.5% of Sulaimon's offensive possessions came on three-pointers, per Synergy Sports Technology. He's not averse to putting the ball on the floor but he isn't particularly dangerous on drives due to his struggles finishing inside the arc. Sulaimon made 28-of-77 field goal attempts off the dribble, per Synergy, and further struggled to convert around the rim finishing on less than half of his attempts at the basket due to a lack of strength, size, and explosiveness. These were concerns scouts had early in Sulaimon's career. Now, they're simply red flags.

While he's a consistent floor spacer in the half court, Sulaimon also thrives when pushing the pace in transition. Per Synergy, 22% of Sulaimon's offense came in transition, where he converted on 41-of-67 field goal attempts (61.2%). His ball handling is decent enough, especially when combined with his speed, to succeed against college guards. Against NBA talent, however, it remains to be seen whether Sulaimon would find similar success in the open court. Another concern comes as Sulaimon's foul-drawing ability has seemingly withered as his college career has gone on. After attempting 5.8 free throws per 40 minutes pace adjusted as a sophomore, Sulaimon averaged just 3.5 free throws per 40 minutes pace adjusted as a senior. Usage plays a role in this decline, of course, but it's still a worrying trend nonetheless.

Defensively, Sulaimon is a fiery competitor and has sufficient lateral quickness to succeed at the NBA level. He spent his college career defending top-level NBA talent and while he's prone to gambling for turnovers, he's been able to succeed for the most part as an effective defender. He's an emotional player and will need to rein in those emotions defensively, as he'll regularly be outmatched physically at the next level.

Overall, Sulaimon's stunted development as a player may prove to be too discouraging for an NBA team to overlook in the draft. Even still, he has tangible NBA skills as a defender and perimeter shooter that could entice a team into taking a flyer on him via summer league, training camp or after some time spent in the D-League, particularly if he can find a way to become a more dangerous scorer.
Read Next...