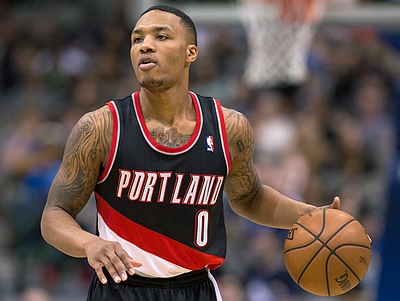 Mike Schmitz
@Mike_Schmitz
Damian Lillard was largely an unknown prospect going into his fourth year of college basketball, as he was forced to redshirt his previous season after breaking his foot. Lillard emerged as one of the top players in the country, scoring over 24 points per game on stellar efficiency (62% TS%), even though his team failed to advance to the NCAA Tournament or NIT.

Lillard's draft stock steadily rose as the year moved on, despite question marks about his shaky assist to turnover ratio and the quality of competition he faced in the Big Sky conference, eventually being selected sixth overall by the Portland Trailblazers. It didn't take long to realize that Lillard was a tremendous find for Portland, as he was unanimously named NBA Rookie of the Year after averaging 19 points and 6.5 assists per game in his debut season. 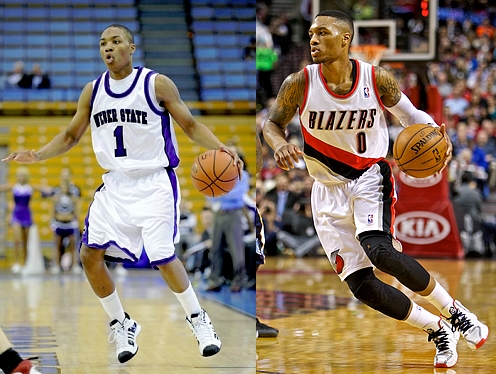 Lillard has continued to progress in his second professional season, helping Portland to a surprising 36-17 record thus far (tied for the fifth best record in the league), while earning a selection to the NBA All-Star game.

What can we learn about Lillard's progression from unknown prolific scoring mid-major combo guard to one of the top young point guards in the NBA? We review our thoughts on him leading up to the 2012 NBA Draft and evaluate his progression as a basketball player from a strengths and weaknesses standpoint.

For comparison's sake, here's the video we produced on Lillard two years ago in the leadup to the 2012 NBA Draft:

And an interview we conducted with him at the 2012 NBA Combine in Chicago: