Testing the NBA Draft Waters May Never Be the Same 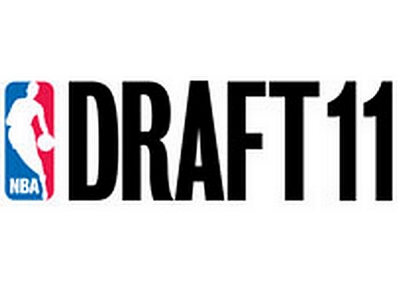 Jonathan Givony
@DraftExpress
NBA scouts and executives are buzzing about an unprecedented group workout being planned in New Jersey on the weekend of April 29 that could dramatically alter the landscape of this year's draft class, particularly in regard to how underclassmen are able to test the waters when deciding whether or not to turn pro.

As it stands, there are three separate deadlines NCAA underclassmen considering the NBA draft must be aware of:

One is the NBA's official early-entry eligibility deadline, April 24 at 11:59 pm (EST), which applies to both NCAA underclassmen and international prospects born between January 1, 1990, and December 31, 1992.

The second is the NBA's official early-entrant withdrawal deadline, June 13. Underclassmen and international players who elect to enter the draft must notify the NBA by 5 pm EST on this date if they wish to be removed from the list of early-entry players eligible for selection in the 2011 NBA Draft.

The third is the NCAA's self-instituted draft withdrawal deadline of May 8, which underclassmen must abide by in order to stay eligible to play college basketball next season. Non-collegiate international players are not bound by this rule.

This unilateral deadline imposed by the NCAA has been widely criticized by members of the basketball industry, as it is clearly a self-serving rule intended to protect the NCAA's interests by severely restricting players' ability to explore their professional options.

This deadline has put a significant amount of pressure on NBA teams to evaluate a huge group of players in a short and highly inconvenient period of time, then disperse valuable information about those players that could influence whether or not to keep their name in the draft. This is an exercise most NBA teams were not happy to participate in last year.

With the way the rules are currently set up, players have a window of only 10 days to decide whether or not to withdraw  from the time the early-entry list is officially released to teams (typically four days after the deadline, April 28) to the date the NCAA has legislated underclassmen must declare their intentions in writing to the school's Director of Athletics, May 8.

Since the NCAA also restricts student athletes from missing class to try out for a professional team, players are essentially relegated to the weekends of April 29 and May 6 (the same date as the Euroleague Final Four) to attend NBA workouts and get an accurate reflection of their draft stock  something that is virtually impossible due to the logistics involved.

NBA teams, many of whom are still competing in the playoffs, are still in the preliminary stage of their evaluation process at that time, and are in no position to tell an underclassman with any real accuracy where he will be drafted on June 23.

Private workouts conducted later that month, and in June in front of coaching staffs, can shift a player's draft stock dramatically in either direction, as can the results of the NBA combine, medical examinations, game film examinations and background intel sessions. Some underclassmen's stock will rise significantlysuch as Paul George last yearand some will fallsuch as Hassan Whiteside or Solomon Alabi.

Either way, a large number of players will be forced to make career-altering decisions with an impossibly small amount of information on May 8something that benefits no one.

With that in mind, brainstorming has begun on a new concept that could solve these issues for the parties most negatively impacted: NBA teams and NCAA underclassmen.

The solution, which is awaiting approval from the NBA League office, is a group workout for draft-eligible prospects conducted in the last weekend of April that will be open to all 30 NBA teams. The New Jersey Nets , in a joint-bid with the Houston Rockets and New York Knicks, are hoping to host this event at their practice facility in East Rutherford.

Ideally this workout will feature as many top draft prospects as are willing to attendnot just underclassmen who are testing the waters, but also seniors and international players. Measurements and athletic, combine-style testing will also likely be conducted.

The prospects may even be able to compete in five-on-five action, if the teams involved in the bid get their wish.

The NBA Competition Committee, which is composed of one representative from each of the 30 NBA teams and one representative from the National Basketball Players Association, voted in a meeting at All-Star Weekend in Los Angeles to allow one of the group workouts (of which there were three last yearin New Jersey, Minnesota and Golden State) to host competitive five-on-five play this spring.

Previously, NBA teams were only allowed to have six draft-eligible prospects on the court at the same time, allowing for, at best, three-on-three action, which is a far more limited format for evaluating talent.

The lone place NBA teams are currently allowed to watch draft-eligible prospects compete in five-on-five settings during the pre-draft process is at the Portsmouth Invitational Tournament, which will be held next week and is only open to NCAA seniors.

If approved, this new format will give both underclassmen and NBA teams substantially more information to work with, which will hopefully empower players to make better decisions on May 8 and teams to do the same on draft day, June 23.

It will be interesting to see whether all NBA teams will be on board with this move and what type of reaction NBA agents (who will be advising the moves of virtually every underclassman behind closed doors) will have.

Logistics will be a major challenge facing the team, or in this case, teams, organizing a group workout of this nature. The official NBA draft early-entry list is scheduled to be released April 28, approximately 24 hours before players will be arriving in New Jersey (or wherever the group workout will be held). NBA teams, by rule, are not allowed to have any contact with underclassmen until the list is officially released.

Further complicating matters is the restriction NCAA rules place on who can be involved in the process of arranging workouts and coordinating schedules with NBA teamsthese activities are restricted to the underclassmen's college coaching staff or family members.

All of these details need to come together swiftly in order for the idea to work, and any attempt at manipulating the format of the workout to a prospect's advantage (something that agents regularly try to do in order to benefit their current or future clients) could derail the process.

We may be getting ahead of ourselves, though, as it's important to note that nothing has been finalized and that everything discussed here is still subject to NBA approval.

NCAA underclassmen currently in the process of deciding whether or not to enter the draft may be wise to hold off on announcing their intentions for the time being, as the parameters of testing the waters are still very much in flux from what we gather.

If NBA teams involved get their wish, though, the early entry process will be affected for the better going forward.