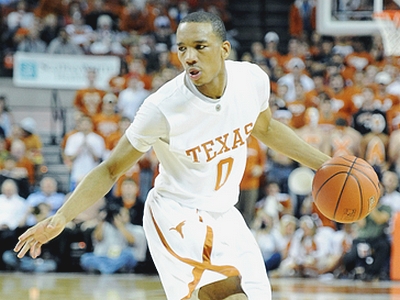 Joseph Treutlein
@DraftExpress
Next on our west coast workout swing, we stopped in at Impact Basketball in Las Vegas, where Joe Abunassar and his staff train a huge amount of pre-draft prospects each year at their massive complex. The talent level was outstanding this year, as we were able to see at least eight or nine players with a good chance at being drafted, and thats not including those who were out of town for team workouts (Manny Harris, Dwayne Collins).

Many of the players have been working out in Vegas since the day their NCAA season ended, with most of the players having spent somewhere between 4-7 weeks here thus far. The players work out six days a week, usually with two 1-2 hour on-court sessions daily to go along with extensive strength training work with David Stagnitta.

The players are on all-encompassing strength and nutrition plans for their entire time in Vegas, and they have access to a very large gym with plenty of different options. The workouts are diverse and detailed, with improving functional basketball-related movements the top priority. Some players have already seen huge results from their strength training, namely Lance Stephenson and Sherron Collins, both of whom have lost over ten pounds and significantly dropped their body fat percentage.

The on-court portion of the training features a mix of drills, skill work, individual training, and 3-on-3 scrimmaging, with the players usually getting in 2-3 scrimmage sessions a week. There are always multiple skills trainers around the court (including Andrew Moore, who ran the sessions we saw) and the players are free to put in extra work once their scheduled sessions are over.

Most of the insights we gathered here came from the high-intensity 3-on-3 scrimmage session we saw one afternoon, which lasted approximately 90 minutes. Due to the large number of prospects involved, well be splitting up this report into two parts, with the first covering guards (Avery Bradley, Sherron Collins, Armon Johnson, James Anderson) and the second forwards (Stanley Robinson, Devin Ebanks, Craig Brackins, Lance Stephenson).

Quite possibly the most impressive player in attendance here, Avery Bradley put on an outstanding shooting display in both drills and scrimmages, showing off his picture perfect form while many times making those in attendance wonder if he can miss a shot. In drills, Bradley looked very smooth pulling up off a confident dribble, knocking down a variety of shots, while also showing off his excellent athleticism in transition, putting his 37.5 inch vertical leap to good use.

Where Bradley really impressed though was the scrimmages, where his team rarely lost and he made great use of the floors spacing, getting to open spots of the floor with ease, showing no troubles getting separation from his man. With his excellent body control, balance, and elevation, Bradley just needs a glimmer of space to get his shot off, and he showed that especially playing the pick-and-roll game. Bradley hit a variety of pull-up jumpers from the mid-range and from behind the arc, many with a hand in his face, which didnt seem to do much. He incorporated in some hesitation dribbles and fakes to get separation when his first move didnt work, but mostly didnt need it, just being so proficient out of simple pick-and-rolls.

Bradley was able to dominate constantly looking for his shot out of pick-and-rolls, but he didnt really excel finding his teammates, something that wasnt problematic here but did lead to some troubles at Texas this past season, as hes prone to showing tunnel vision looking for his own shot. While its tough to take much concrete from these scrimmages, nothing we saw here suggested Bradley is yet ready to be a full-time point guard in the NBA, in line with what we saw from him all season.

Bradley also didnt show much in terms of finishing at the rim, though to be fair the way he was playing, he didnt need to try. He is a bouncy athlete in space for sure, but he did have some troubles finishing at the rim in college this season, and itd be nice to see him continue to work on his floater.

Defensively, Bradley likewise shined, using his full 67 wingspan to great use, never giving up on a play, and constantly trying to affect plays from behind when beat. He did a good job battling through pick-and-rolls and played physical, intense defense pretty much every possession, having some great battles with the other small guards here. Bradley also appeared to be a very good teammate, encouraging others and being pretty vocal in general.

Seeing Bradley run so many pick-and-rolls and play in an environment with much more spacing than he saw at Texas, its not hard to see many reasons why he has the potential to be a better NBA player than he was in college, especially if he can go to a system that emphasizes those two concepts. Bradleys 67 wingspan also bodes well for his chances of defending shooting guards at the next level, at least reserves, many of which are 65 and under. While there are questions about his position, Bradley certainly brings quite a few NBA skills to the table, and could be capable of contributing immediately in the right situation, though situation should be critical to his early chances at success.

Sherron Collins also looked very impressive in his time here, looking outstanding shooting the ball in drills, while also being the most vocal player of all those here at the gym. More importantly, Collins has undergone a significant makeover with his body, as hes lost 11 pounds and dropped his body fat percentage from 13.5% to 10.2%, now being in the best shape of his life. Sporting a full six pack, much less baby fat, and still having a very strong, stocky build, Collins certainly will come into the NBA in much better shape than he left college.

While Collins impressed with his shooting during drills, he impressed more with his passing and shot creation abilities during the scrimmages, looking excellent running pick-and-rolls and making drive-and-dishes, constantly keeping his head up and showing excellent vision throughout, often finding an open man parked on the three-point line.

Collins didnt have the greatest day with his own scoring, not getting separation for his pull-up jumper very easily, but he did have some good drives to the basket, showing off change of direction abilities and making some tough finishes at the rim.

Where Collins impressed the most in the scrimmages, however, was on the defensive end, where he played extremely tough, especially on the pick-and-roll, as he fought through screens pretty easily, benefitted greatly by his incredibly strong build and low center of gravity, which allows him to change directions easily and get right up into his man on these types of plays. While Collins size will have some defensive drawbacks in the pros, he also is showing he understands how to make use of his sizes benefits, and he has the potential to be a very tough pick-and-roll defender at the next level if he keeps playing like this.

Projected as a late first rounder much of his career, Collins has seen his stock slip a bit on many boards this year, partly a result of questions surrounding his conditioning, which will make it interesting to see how teams react when they see his new body in workouts. In a draft relatively weak on point guards after John Wall, Collins could see his stock improve a bit with some impressive team workouts, but hell need to convince teams his weight issues are now fully in the past.

One of the most impressive athletes in attendance, Johnson sports an outstanding frame for a point guard to go along with great explosiveness and quickness, both of which he makes full use of with his aggressive style of play. More impressive in scrimmages than drills, Johnson showed off a ton of intriguing qualities here, and looks to be making the most of going up against this tough competition every day.

In drills, Johnson fared about as youd expect given his resume, still showing slightly awkward mechanics on his shot and getting some inconsistent results. He did hit some nice pull-up jumpers and even showed some NBA three-point range, but he looked much more impressive in scrimmages, where he could put his array of athletic tools to use in a competitive setting.

In scrimmages, Johnson had some of the most impressive plays of the day, showing a great first step and an even better second gear to go along with it, only needing the slightest separation to turn it on and explode towards the rim. He complemented this with some pretty crafty moves in the lane as well, using some nice fakes and change of direction ability to get off shots.

Johnson also shot the ball very well in scrimmages, getting into a nice rhythm and hitting some spot-up NBA threes, while also mixing in some pull-up jumpers from the mid-range. He did a fairly good job distributing the ball, making some nice passes out of the pick-and-roll, but excelled more as a scorer here, though he did play a very enthusiastic brand of basketball that rubbed off on his teammates.

Heading into the combine and team workouts, Johnson is right in the mix at the top of the second round with a few other point guards and combo guards, and could help himself by continuing to shoot the ball well in workouts while also consistently putting together all his tools to play a steady offensive game. Theres no denying his physical tools, so its just a matter of putting everything else together consistently that will determine his success.

The highest ranked player of anyone in our mock draft in attendance in Vegas, James Anderson did about what youd expect him to do here, doing a great job knocking down jumpers in both drills and scrimmages, showing off his impressive offensive talent level. Overall, he didnt wow as much as some here, but the scrimmages probably arent the best setting for him, as hes used to having plays run for him and coming off tons of screens at Oklahoma State, with his game being better suited for structured 5-on-5 action.

In drills, Anderson looked excellent, knocking down spot-up threes with ease and looking very smooth coming around screens, not surprising given his resume. He didnt fare as well in scrimmages, however, not getting many open shots from his teammates and having to create virtually all of his offense out of isolations, which he did with mixed results. Many of the players here are a notch above Anderson athletically, and thats something he didnt seem to adjust to especially well in this setting, though it could have just been a bad day.

Looking forward, Anderson appears firmly in discussions in the middle of the first round, and teams will be aware that 5-on-5 games are more conducive to his playing style than informal scrimmages heading into workouts. Anderson will likely play in many 2-on-2 and 3-on-3 scrimmages during team workouts, so it will be interesting to see how he adjusts, but hes probably not a player that is going to show you all he is capable of in that kind of setting.
Read Next...