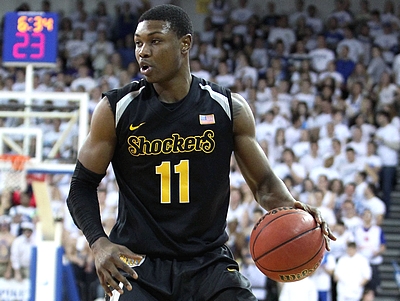 He has a strong frame (219 pounds) and very good athleticism to compensate for that, though, with really nice quickness and leaping ability which he regularly takes advantage of from different spots on the floor.

Early was one of the best scorers in college basketball, averaging 24.5 points per-40 minutes pace adjusted, the fifth best rate among prospects in our Top-100 Prospects rankings. He's a fairly versatile scorer who Wichita State utilized in many different ways this season, be it in transition, posting up, shooting from the perimeter, as a cutter, and attacking the basket in a straight line. Not only did he score prolifically, he was also extremely efficient (58% 2P%, 38% 3P%, 84% FT%). His 64% True Shooting percentage ranks seventh among Top-100 Prospects. 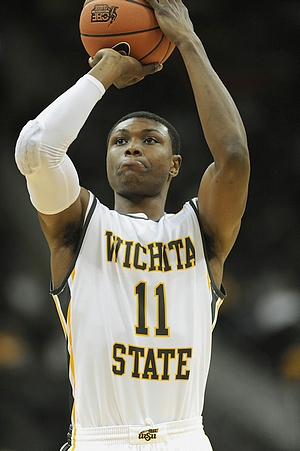 Early is a solid shooter with his feet set, making 39% of his catch and shoot attempts on the season, up from 31% last season. He's done a good job of working on his previously very poor shooting mechanics to make this a real weapon in his game, but there are still some question marks about how this might translate to the NBA 3-point line.

Early shoots a very flat jumper, almost a line-drive, which doesn't give him a great deal of room for error. His mechanics can get a little sloppy at times as he doesn't always shoot it the same way, contorting his body sideways and displaying somewhat of a hitch at the end sometimes, so he'll have to continue to polish this part of his game, particularly in terms of expanding his range. Early is almost exclusively a catch and shoot jump-shooter, as he almost never shoots off the dribble (only 12 times this season, down from 20 the previous year), which is part of the reason his 2P% is so high.

Early is also capable of taking advantage of mismatches that are presented to him. If a weaker player is guarding him, he will go into the post and use his strong frame to make deep catches and either finish or draw a foul. If a slower power forward is guarding him, he can attack the rim with a quick first step and bully through opponents in a straight line. He shows nice toughness and does a great job of finishing aggressively through contact, and gets to the free throw line over 7 times per-40 minutes pace adjusted. He's also very effective in transition, sprinting the lanes hard and beating opponents down the floor.

On the downside, Early's skill-level is still very much a work in progress, which is a little disconcerting considering he's one of the older players projected to be drafted. Under 8% of his offense came in one on one situations, as his ball-handling skills are rudimentary at best, particularly with his left hand, and he's an extremely poor passer with a questionable feel for the game.

Early's 6.1% assist percentage is shockingly low for a player who is projected to see some time playing on the perimeter. The only small forwards drafted with a lower assist percentage in our database spanning back to 2001 (who played over 20 minutes per game in that college season) are Lazar Hayward, Al Thornton, Shabazz Muhammad, Dahntay Jones, Deshaun Thomas, Bobby Jones, Damion James and Maurice Ager. Even for a power forward that's a fairly low rate. In two seasons of college basketball he dished out 50 assists in 1966 minutes, which is about one for every 40 minutes he plays. 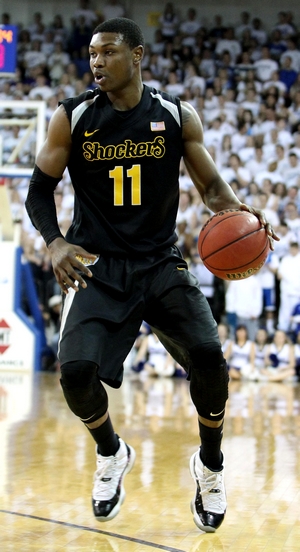 Starting his college career playing against lower-level division three junior college competition probably didn't do him many favors with his development, as he forces up tough shots in traffic and leaves a lot to be desired with the awareness and decision making skills he shows.

Defensively, Early will have an adjustment to make at the NBA level as well. Even though he can bend his knees and gets into an active stance, he struggles to stay in front of opposing players on the perimeter, getting blown by off the dribble far more often than you'd hope. While he has some nice moments on occasion, using his athleticism to make plays at the rim (1.2 blocks per-40) and in the passing lanes (1.2 steals per-40), he plays on his heels and loses his focus too easily, losing track of his man and struggling off the ball.

While he's one of the oldest players projected to get drafted (he turns 23 on April 17th), the unique route he took and the progress he's made in the last two seasons will be encouraging to some NBA teams. While there is plenty to be skeptical about, it certainly won't hurt him that he played the best and last game of his career in a very memorable matchup against a future lottery pick in Julius Randle, posting 31 points on 12-17 shooting (4-6 3P). Wichita State's strength of schedule left a lot to be desired, so that outing could validate the season he had in the eyes of some NBA decision makers.

We've taken a more visual look at his strengths and weaknesses thanks to game film from Wichita State in the following video scouting report, courtesy of Mike Schmitz.