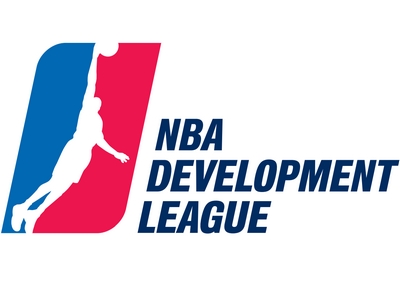 The NBA D-League hosted its seventh annual Elite Mini Camp in Chicago on Monday and Tuesday as 39 prospects scrimmaged, were measured, and put through athletic testing and skills drills in front of NBA personnel.

DraftExpress was in attendance to scout the event and broke down six of the top prospects with a focus on the younger players:

At this time last year Coty Clarke was a virtual unknown coming off of a strong season in second division Israel with Hapoel Kazrin. The former Lawson State standout turned two-year Arkansas Razorback was invited to the Boston Celtics' training camp by Director of Scouting David Lewin with the intention of being an affiliate player for the Maine Red Claws, which Lewin is also the General Manager of.

Clarke took full advantage of his opportunity, providing the Red Claws with Draymond Green-esque versatility on both sides of the ball, resulting in two 10-day contracts with the Celtics. With Maine spreading the floor, Clarke played both stretch big spots at 6' 6 239 pounds and fits the pass, dribble, shoot mantra that's become increasingly important in the NBA.

The Antioch, TN native can grab and go to score or play-make in transition, make shots off the catch (despite a somewhat slow, flat-footed release), and aggressively attack the rim with nimble footwork. Clarke also displays good touch on post ups inside the paint. He's able to facilitate from all over the floor, which is extremely valuable from the elbows or in pick and pop situations.

Clarke plays with a good motor and has the strength to hold his own against big men on the interior, and the agility to at least hold his own on the perimeter. Clarke's physicality also shows on the glass, where he was a factor both offensively and defensively. From an NBA perspective, Clarke isn't overly long as his 8' 8.5 standing reach limits his potential as an interior defender. Overall the 23-year-old has really benefitted from the NBA's shift in style, and his versatility will be coveted around the globe as he builds on a strong year in the D-League.

Building off of an efficient senior year at Alabama, Randolph, an affiliate player for the Maine Red Claws in 2015-16, put together a solid rookie campaign, shooting 56% from two-point range and nearly 40% from three.

At 6' 6 with a 6'9.5 wingspan, Randolph has solid tools for a wing to go along with nice fluidity. He's not overly physical and is more smooth than explosive, but Randolph really knows how to play and doesn't need a lot of possessions to be effective.

Randolph can make shots from the perimeter off the catch or the dribble with sound mechanics, get into the paint with fairly polished ball skills, and use touch shots around the rim to make up for his lack of elite leaping ability.

The Madison, Alabama native knows how to play a role, moves the ball, and has a great feel for finding gaps in the defense as an off ball cutter. He can improve as a finisher at the rim and continue to shoot it with more consistency, but there's certainly a lot to like about the simplicity and efficiency of his offensive attack.

Defensively, Randolph has a solid IQ and compete level and good feet, although he's not overly gifted from a physical perspective. Randolph isn't exactly great in one area but he continues to improve as a shooter, plays the right way and is easy to slide into any system.

A key bench player during the Sioux Falls Skyforce's NBA D-League championship run, Trawick put together a solid rookie campaign predicated on defensive toughness, aggressive straight line driving and occasional playmaking. The former Georgetown Hoya is a physical guard who's at his best when he gets going downhill as his strong 217-pound frame allows him to bounce off of defenders in traffic. He's a good not great leaper, a fairly average ball handler and a streaky shooter, but he wills his way to the rim in the half court and can make enough shots to keep the defense honest.

Trawick isn't really going to rise up off the bounce and doesn't exactly have a calling card in the half court, although he's a smart cutter and can drive and kick or dish. A lot of Trawick's value comes on the defensive end as he's extremely physical and plays with a level of grit you don't often see among 6' 5 guards. Overall Trawick could use an offensive skill or two to hang his hat on, but the 23-year-old is certainly worth tracking because of his toughness and competitiveness.

After a successful four-year career at VCU, the 22-year-old Graham put together a productive rookie campaign for an Idaho team that struggled for the majority of the season. Playing both the three and the four, Graham's size at 6' 6, length at 6' 10.5 and strong frame make him a capable small-ball four option as his game continues to develop.

Graham's jumper needs work as he's a major forward-jumper without a ton of natural touch, but he's far from a non-shooter and is very aggressive going to the rim in a straight line. He's not an advanced ball handler, but he can get low to the ground and mix in occasional spin moves. A good not great athlete, Graham struggles at times versus length, but is able to absorb contact around the rim thanks to his strong, 233-pound frame.

Although his game isn't exactly flashy, Graham knows how to play a role and doesn't play outside of himself all that often. Graham's value is stronger on the defensive end as his tools allow him to check multiple positions in a pinch while also crashing the glass aggressively. He has a high compete level and brings toughness to the floor.

Graham still has room to grow offensively, and doesn't have an ideal reach for a small-ball four, but at 22 and a half years old with strength and length he's definitely worth keeping tabs on as his game matures.

Coming off of an up and down rookie season with the Westchester Knicks, Atkins isn't a flashy player by any means but his one-on-one and help defense along with his strength, solid reach and fluidity make him worth tracking, especially with the NBA getting smaller.

The four-year Virginia Cavalier has excellent feet that allow him to switch ball screens and compete, a coveted skill in modern basketball. He's also quite sound defensively and plays with some toughness on that end. While not a monster rim protector, Atkins is quick off of his feet, allowing him to block occasional shots when coupled with his 9-foot standing reach.

Atkins doesn't provide much on the offensive end, as he's fairly limited both as a back to the basket scorer and playmaker. Atkins' feel for the game is average as he fancies himself as more of a shooter than his skill set suggests. With that said, the Clinton, MD native was able to knock down shots out to NBA three in Chicago, albeit with flat trajectory.

Atkins' game is simple but he adds value on the defensive side of the ball and appeared to have made some strides as a shooter and scorer.

Putney's ascension to basketball relevance has been a unique one. An unheralded recruit out of high school, Putney turned in a fairly pedestrian five-year career at UMass, averaging 8.7 points and 24 minutes per game as a senior.

The Woodbridge, VA native went on to make the Rio Grand Valley Vipers through an open tryout prior to the 2014-15 season and played only 9.5 minutes per game (23 contests) while being deactivated twice.

After his rookie season Putney spent time playing in Saudi Arabia, Malaysia, and Australia before eventually taking the D-League by storm as a 25-year-old second-year player, playing the best basketball of his career.

As a prospect, Putney has a very unique blend of skills for a 6' 9.5 forward with the length and standing reach of a center, but the weight of a lanky point guard. With a 177-pound skin-and-bones frame he's very light on his feet and can play above the rim.

Offensively, Putney's greatest value is as a floor-spacer. His mechanics are a bit loose and his release isn't all that quick, but Putney's high-arcing jumper is most certainly a weapon, one that he's been able to employ out to three both off the catch and off the dribble.

Despite fairly small hands and pencil thin legs, Putney can also put it on the deck from the perimeter, although he can get a bit out of control and trigger-happy. On the defensive side of the ball Putney has value as a shot blocker thanks to his impressive reach and quick leaping ability.

Putney shows flashes of effort on defense, but is very inconsistent in that department, while oftentimes displaying poor body language to boot. At 177 pounds Putney has major issues defending on the interior, rebounding in traffic and finishing through contact. All in all Putney has most certainly benefitted from the D-League's free-flowing style of play. His frame, along with his loose style of play, limits his NBA potential, but his shot making, fluidity and occasional rim protection make him an interesting player to keep an eye on if he can find a way to pack on some weight at age 26.
Read Next...