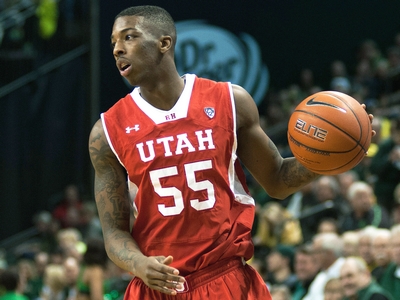 A junior college transfer who came in with little in the way of expectations or fanfare, Delon Wright leaves Utah as a second team All-American, fresh off an NCAA Tournament Sweet Sixteen appearance. Dorell's brother had a tremendous two years at Utah, playing a major part in resurrecting the program under former NBA head coach Larry Krystkowiak.

Wright has excellent size for a point guard at 6-5, albeit with just an average 6-6 ½ wingspan and 179 pound frame. He uses his height to his advantage tremendously as a passer, where he surveys the floor over the top of the defenses, and can make pinpoint passes to cutters and spot-up shooters, primarily in pick and roll and drive and dish situations.

From an athleticism standpoint, Wright is unique, as he is not particularly quick or explosive by traditional standards, but rather relies on a very herky-jerky style that helps keep defenders off balance. Wright plays at a variety of different speeds, changing directions frequently with slithery ball-handling moves and crafty footwork. His distinct pace and shifty style of play makes him difficult to guard, as he utilizes a variety of different Eurostep moves, ball-fakes and other deceptive techniques from his huge bag of trickshelping him draw fouls at a very nice rate. 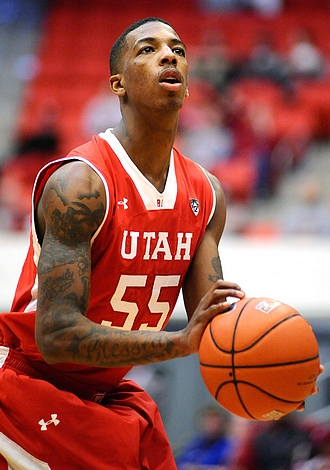 Wright's best attribute from a NBA standpoint is likely his defense. He has quick feet, excellent instincts and a scrappy nature, putting outstanding pressure on the ball. His instincts for getting in the passing lanes and overall timing for making plays off the ball is extraordinary, helping him average an outstanding 2.6 steals per-40 minutes pace adjusted in his two seasons at Utah, with a ton of blocks and rebounds thrown in for good measure.

Wright's anticipation skills are off the charts, and he does it without gambling in the passing lanes excessively, but rather by simply sniffing out when to help out teammates, and when to make a reflexive play as a sort of free safety. He's big enough to guard either backcourt spot, which gives his team coveted positional flexibility that is very much in demand in today's NBA. ‎

The biggest concern about Wright's transition to the NBA revolves around his outside shooting. He made just 38 of 126 attempts the past two seasons (30%), and is especially limited as an off the dribble shooter. Wright's pull-up jumper is virtually non-existent at this stage, as he sports a low and slow release on his shot, and gets little to no elevation, which makes it difficult for him to create separation from defenders. His hesitance to shoot off the dribble is something that better defenses scouted and were able to take advantage of consistently the last two years, sagging way off him, going underneath screens on the pick and roll, and generally mucking up Utah's offense.

Wright tends to pick up his dribble quite a bit in the mid-range area for this reason, often throwing up an awkward shot at the rim or being forced to reset the offense, which is much easier to do with a 35 second shot-clock.

This wouldn't be as much of an issue if Wright projected as a better finisher around the basket. He's not particularly strong, long or explosive, which makes it difficult for him to finish plays at times through contact, especially against better defenses. Getting to the free throw line at a strong clip helped his efficiency tremendously in college, but there are question marks about whether he can he continue to do so at the NBA level. Otherwise, will he be able score in the half-court in the NBA without a consistent jump-shot?

How much upside Wright still has to continue to improve is also something that remains to be seen. His frame is on the frail side, and may be close to physical maturation, and he could be the oldest player to hear his name called on draft night, as he's turning 23 at the end of April.
Read Next...