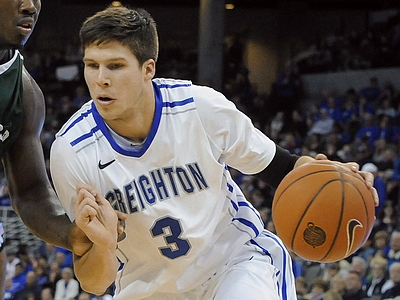 What's perhaps most impressive about McDermott is that he's not just a volume scorer, he's also tremendously efficienthis percentages: 57% 2P%, 45% 3P%, along with just 1.8 turnovers per game, are sparkling. Its virtually unprecedented to see a player score at the rate he does, and still remain that efficient. His true shooting percentage was 65% this season, third best among draft prospects (behind Stauskas and Embiid), but he carried a significantly heavier usage role than either, which makes his efficiency all the more impressive.

As a junior and sophomore, his true shooting percentage was even higher, at 68% both years, while he still managed to score over 28 points per-40 minutes pace adjusted. He's the only player in our database to accomplish that feat since 2001 even once, let alone twice. 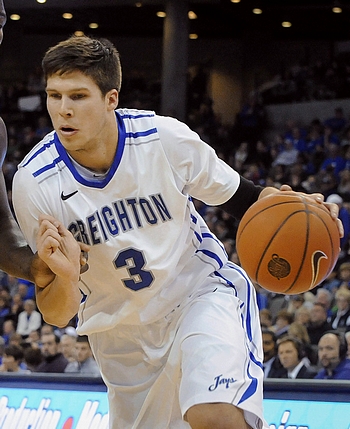 The area of McDermott's game that will translate most seamlessly to the NBA, right off the bat, without any questions asked, is his perimeter shooting ability. He has flawless shooting mechanics, deep release, and an incredibly quick release, to go along with deadly accuracy, as evidenced by his 49%, 49% and 45% 3-point shooting percentages the past three seasons. Catch and shoot, off the dribble, coming off a screen, you name it, McDermott can do it all from the perimeter. He knows how to create space, as he has multiple release points on his jumper and is as aggressive a scorer as you'll find, but still has impeccable shot-selection, often passing up good looks knowing he'll get better opportunities later in the shot-clock.

McDermott is more than just a one-dimensional shooter, as he gets his points in variety of ways, be it running the floor in transition, posting up thanks to his excellent footwork, driving to the basket with his left or right hand, or moving off the ball intelligently and diving to the paint with terrific timing. Only around 40% of McDermott's points in the half-court at the college level came off jumpers. He was surprisingly versatile with his ability to get to the free throw line and score inside the paint and from the mid-range as well. He converted a sky-high 67% of his attempts around the basket, so it will be very interesting to see how the non-shooting elements of his game translate to the NBA. He added new elements to his game every year in college, played with great intensity night in and night out, and should see even more things open up for him in the NBA with better teammates around him and less defensive attention.

On the downside, McDermott's average athleticism raises plenty of question marks about how his game will translate. He's a below the rim player who makes a living operating as a mismatch threat from the power forward position, and also doesn't have very long arms, which could hurt his finishing ability and defensive potential.

Is he quick enough to guard small forwards? Or big and strong enough to handle power forwards? That's the question every team picking in the mid to late lottery will be asking. He posted a career total of 34 steals and 15 blocks in 4636 minutes of action at Creighton, a historically poor rate, and also isn't a great rebounder. He is a very aware and competitive defender in space, but he could very well end up being a target of opposing coaching staffs in isolation situations if he proves to be unable to stay in front of his matchup on the perimeter.

McDermott will need to be drafted to the right team and coaching staff if he's to reach his full potential, as the question of situation and fit will be a big key. He played for his father at Creighton, so there could be somewhat of a transition for him in that regard as well. Will his new coach be willing to accept his limitations as a defender and utilize his versatility and skill-level offensively enough to make up for wha the gives up on the other end of the floor?

To McDermott's credit, he's proven to be an extremely hard worker who has added new things to his game and improved every year in college. He appears to be an extremely smart and unselfish teammate who did not let the incredible amount of attention he got in his college career go to his head and change the way he play, which bodes well for his NBA future. He was one of just two college players invited to USA Basketball's senior team mini-camp last summer where he competed with the cream of the crop of NBA players, and more than held his own according to all reports, upping his draft stock significantly in the process.

Matchups against the likes of Villanova, San Diego St., Baylor, Arizona St., Nebraska, George Washington, Providence, Xavier and others have given us ample opportunity to evaluate McDermott's very defined strengths and weaknesses as a prospect, which we've done in the following video scouting report, courtesy of Mike Schmitz.