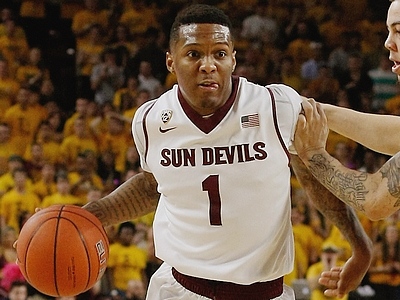 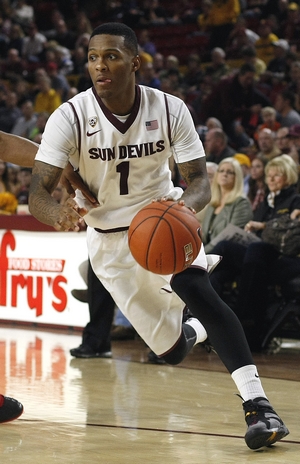 Carson had one of the highest usage rates of any player in the nation last season at 31%, which ranked fourth among players in our top-100 prospects. He struggled from two point range, converting only 44% on these attempts (third lowest among collegiate Top-100 prospects), but he was relatively effective from 3-point territory, where he shot 39.1% on three attempts per game. He is very solid with his feet set and is capable of stretching the floor when the ball is not in his hands, which doesn't happen all that often.

Where Carson must improve is with his off the dribble shooting, as he converted a paltry 31% of these attempts (26/84) last season according to Synergy Sports Technology. His lack of size makes it difficult for him to get off clean looks, but he will need to find a way to punish defenders going under ball screens to cut off his driving lanes, something he struggled with quite a bit in college.

Offensively, one of Carson's biggest strengths is his ability to get to the rim in the halfcourt. He complements his elite speed with excellent moves off the dribble, including a crossover, behind the back dribble and a hesitation move, but his size hinders his ability to finish at the rim or find teammates once the defenses collapses. He is starting to become more adept at using a floater or runner when he gets into the lane but he needs to improve his touch to become more efficient on these attempts. According to Synergy, he shot 34% on 100 such attemptswhich is not a great rate at all. Without an effective floater, he will likely struggle to score inside the arc over NBA defenders.

Very ball-dominant in his two seasons at Arizona State, Carson struggled to show translatable point guard skills on a consistent basis. He had trouble distributing the ball to his teammates, often struggling to make even the easiest of passes around the arc by putting either too much force into his passes or lazily throwing them in difficult places to catch. Not only did he average only only 5.0 assists per 40 minutes paced adjusted, which ranked 11th of the 15 collegiate prospects in our Top-100 rankings, he also had the second most turnovers, 3.8 per 40 minutes pace adjusted. He ranks 12th of the 15 point guards in our Top-100 prospect rankings in both assist to turnover ratio and pure point rating. He will need to try to distribute the ball more often in the NBA, looking to get his teammates more involved in half-court opportunities. This is especially true in ball screen situations, where he looked for his own offense more often than not, but will need to become better at reading the defense and making the right decision at the next level.

Carson will likely struggle defensively in the NBA, due mainly to his size limitations but he doesn't put out consistent effort to make up for his deficiencies. He has quick feet, which help him move laterally quickly but he still struggles to keep up with bigger players and cut off penetration. Even if he is able to stay in front of the offensive player, his opponent will be able to easily pull up and shoot over him with little trouble. 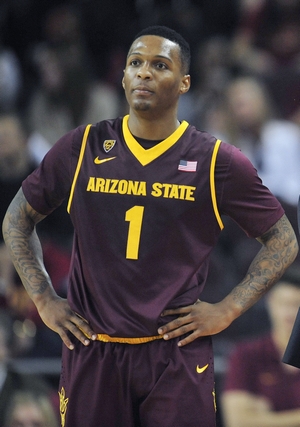 There are also some question marks regarding Carson's character, as he reportedly did not always see eye to eye with the coaching staff and has developed a bit of a reputation for not being a great teammate.

Carson's freakish athleticism will give him a chance to stick if he's able to improve defensively and cut down on his turnovers, as he wouldn't be the first smaller guard to make it in today's NBA. He has a bit of an uphill battle at this stage and won't get the benefit of being considered to have upside to grow into, despite playing only two seasons of college basketball, as he turns 22 in August and is thus the same age as many seniors in this draft.

We've taken a more visual look at his strengths and weaknesses thanks to game film from his college basketball season in the following video scouting report, courtesy of Mike Schmitz.


All of our video scouting reports this season can be found here.
Read Next...