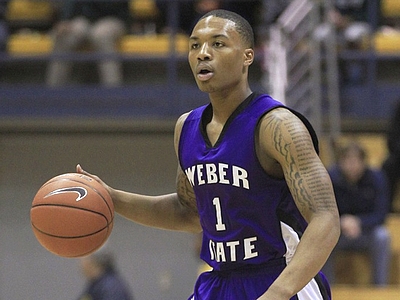 Walker Beeken
@DraftExpress
The #1 scorer in the NCAA is also arguably the most efficient. Considering his excellent physical tools, how high could Damian Lillard get drafted?

After playing only nine games in 2010-2011 and being granted a medical redshirt, Weber State's Damian Lillard is off to a tremendous start through thirteen games as a junior, leading the nation in per-game scoring and doing so with remarkable efficiency. His hot early season play has caught the attention of scouts, who will likely be watching him closely throughout the remainder of the season to get a better feel for how his game might translate to the NBA level.

As we've mentioned before, Lillard possesses very appealing physical tools for an NBA point guard prospect, standing at 6'2 with an excellent frame and wingspan, to go along with very good athleticism. 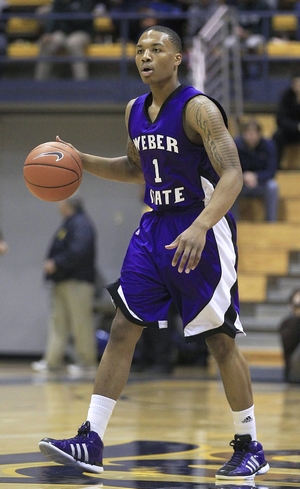 He combines those physical gifts with a confident, attacking mentality and a well-rounded skill set, playing as a scoring point guard, capable of carrying a large load offensively at the college level. While he was already an intriguing prospect going into this season, he's made some clear improvements in his game that he's been able to display thus far as a junior.

Much of Lillard's improved efficiency can be traced to his hot shooting, connecting on an outstanding 45% from 3-point range despite increasing his attempts (he shot under 40% in previous seasons).

As we noted before, he does have a bit of a low release point, but he has no trouble getting his shot off, whether it's off the catch or off the dribble, where he's able to fluidly pull-up from well behind the 3-point line, or utilize a very effective step-back dribble to create space to get his shot off. About two thirds of his shot attempts this season have been jumpers, and his percentages off the catch and off the dribble are almost the same, illustrating his versatility as a shooter.

Lillard has also done a better job of taking care of the basketball thus far, cutting his turnover rate almost in half from previous seasons. This is quite an impressive feat, considering his heavy usage and how much his team depends on him to create offensively. To illustrate that, he actually ranks #1 amongst all NCAA point guard prospects in terms of turnovers per possession, coughing the ball up on just 10% of his possessions.

The large emphasis of the pick-and-roll game in today's NBA bodes well for Lillard, as he's shown to be very effective as the ball-handler in pick-and-roll situations. His ability to smoothly pull up off the dribble from deep range makes it difficult for his defenders to go underneath the screen, while his burst off the dribble allows him to turn the corner quickly and get into the paint.

Lillard does a good job of playing at different speeds and is capable of driving in either direction, which keeps defenders on their heels and helps him get to the free throw line at a very strong rate. Once there, he knocks down an excellent 90% of his attempts. 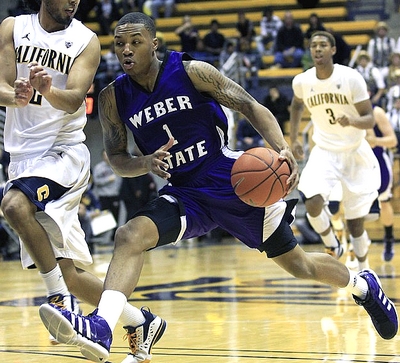 As a finisher in the lane and in transition, Lillard has very good body control, strength, and vertical explosiveness, which all help him to finish at the rim in traffic, even occasionally with a high-flying dunk if he's able to build up a head of steam. He looks comfortable using either hand to finish and shows flashes of an effective floater, which he'll need to continue to work on, as it's a valuable tool for NBA guards to utilize in the paint. Nevertheless, Lillard shows a very complete scoring arsenal for a player his age, which certainly bodes well for his transition to the NBA level.

Lillard still hasn't shown a great deal in terms of pure playmaking ability, but he looks to have nice passing instincts on dribble penetration, and his role at Weber State calls for him to be their primary scorer, so it's tough to get a gauge of just how much of a distributor he might be in a different situation. This might be the biggest question he faces as enters the draft process, as he's clearly not big enough to play any other position besides point guard.

As a defender, Lillard is showing much of what we've already seen from him in the past, moving well laterally and utilizing his length to play intense on-the-ball defense. He'd have a huge adjustment to make to defending NBA point guards full-time, though, as it's apparent he can lose his focus from time to time, after expending so much energy on the offensive end.

He has the physical tools to make the transition, but it will be a drastic change in the level of talent he's facing on a regular basis, after playing at a lower level of competition at Weber State.

Overall, Lillard's outstanding start to the season has generated quite a bit of buzz regarding his NBA potential, but scouts may have some challenges projecting just how much of a difference maker he could be due to the competition level he faces, and the role he plays.

He struggled in a couple of his higher profile games in losses to Cal and BYU--which may have hurt him somewhat--but did score 36 points in a losing effort against Saint Mary's.

Unless he's able to lead his team to the NCAA tournament, he may not have many more big games to prove himself, which could make him slightly more difficult to project when he enters the draft, whether it's this year or after his senior season.

Regardless, Lillard has certainly established himself as a hot name in NBA draft circles, and he'll have plenty of teams lined up to get a closer look at what he brings to the table. Right now we have him projected as a first round pick.
Read Next...