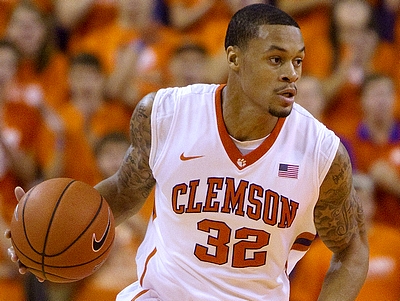 McDaniels has done a good job of finding ways to score this season, as he's posting an impressive 23.4 points per-40 minutes pace adjusted thus far, up from 16.7 last year. He's able to produce thanks to his ability to run the floor, crash the offensive glass, make open jumpers, and get to the free throw line, despite playing on one of the worst offensive teams in high major college basketball. Clemson scores just 62 points per game, and ranks 13th of 15 ACC teams in offensive efficiency, struggling to crack 45 points on a few occasions this season.

The lack of spacing and general scoring prowess alongside McDaniels makes it easy for opposing teams to key in on him at times, further exacerbating the fact that he's not the most skilled wing player around at the moment. His ball-handling skills are just average, as he struggles to change speeds or directions with the ball, and doesn't he create much offense for teammates either, as his court vision and feel for the game are not off the charts.

McDaniels isn't the most consistent shooter you'll find either. His release is fairly slow and he struggles when rushed or contested, making just 31% of his 3-point attempts on the season, down from 33% last year.

Nevertheless, McDaniels can't be classified as a non-shooter, as his 1.7 makes per-40p from beyond the arc ranks a respectable 7th among small forwards in our top-100 prospects. He's relatively reliable with his feet set and a glimmer of daylight (41%), and hits a terrific 87% of his free throw attempts (3rd best among all top-100 prospects), which leaves some room for optimism. He's athletic enough to rise up and create separation from defenders, which helps him in off the dribble situations, he just needs to speed up his release and improve his ball-handling ability to further take advantage of this skill. 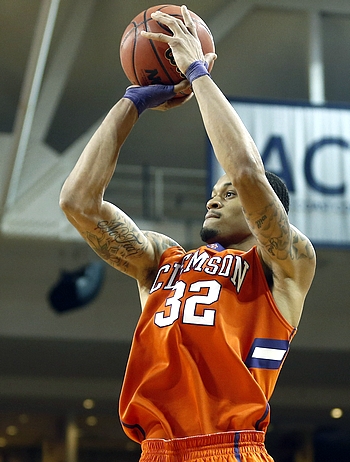 Despite the considerable improvement he's shown offensively this season, where McDaniels really shines as a NBA prospect is on the other end of the floor. His size, length, and tremendous athleticism allows him to guard up to four positions at the college level, and give him the potential to emerge as a lockdown defender in the NBA. He's a huge playmaker already, putting up gaudy numbers as a rebounder, shot-blocker and ball-thief, even if he still has room to improve here, particularly with his ability to defend off the ball and stay consistent with his effort.

McDaniels has a very different profile than most of the players currently projected to be drafted, as he was an unheralded high school recruit who committed to Clemson relatively late and barely played his freshman season. He spent most of his time at the power forward position early on in his career, and is still learning the game from an experience and basketball IQ standpoint. Despite the terrific season McDaniels is having, he's still figuring out when to pick his spots offensively and defensively, as he struggles with passivity on both ends of the floor at times.

Nevertheless, McDaniels is a late bloomer who has made more strides the last two years than arguably any player in college basketball, and thus may still be developing. His physical tools, combined with the improvement he's shown on both ends of the floor give him an ideal framework of skills to build around as a NBA role player, particularly if he can continue to hone his jump-shooting ability. 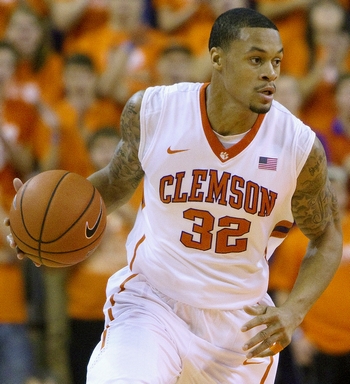 Unfortunately for McDaniels, and NBA scouts who would like to evaluate him outside the ACC, Clemson looks like a real longshot to make the NCAA Tournament at the moment, as their non-conference schedule (ranked 335th at the moment) has given them basically no margin for error. McDaniels is generating very little buzz among other NBA draft services at the moment, but appears to be a real sleeper who could see his stock rise considerably as the pre-draft process evolves (should he elect to enter).

Matchups against the likes of Duke, Syracuse, Virginia, Pittsburgh, North Carolina, Florida State and others have given us ample opportunity to evaluate McDaniels' strengths and weaknesses as a prospect, which we've done in the following video scouting report, courtesy of Mike Schmitz.