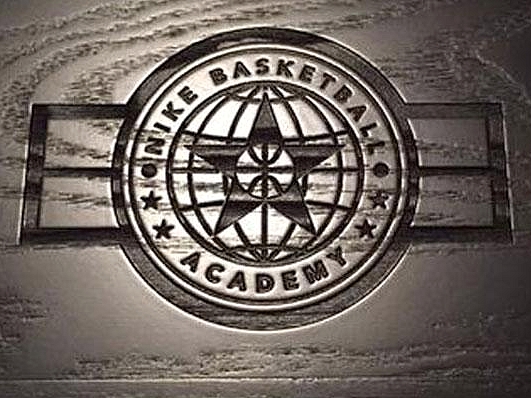 Mike Schmitz
@Mike_Schmitz
Scouting reports on three of the most intriguing high school prospects seen at the Nike Academy in Santa Monica this past weekend, including Mohamed Bamba, Jonathan Isaac and Robert Williams.

Bamba is far from a polished prospect on both ends of the floor. How his body fills out will play a bit role in how he's able to mature as a prospect, as will the development of his skills and overall basketball instincts. Only time will tell what Bamba will turn into, but it wasn't tough to tell that he has as high of a ceiling as any player at the Nike Academy.

Jonathan Isaac is taking a page out of Anthony Davis' book (although clearly not even in the same stratosphere as a prospect) having developed all of his perimeter skills as a guard before shooting up a reported six inches to an impressive 6' 10, with a 7' 0 wingspan. The 2016 versatile forward was one of the most intriguing long-term prospects at the Nike Academy given his combination of size, fluidity and polished offensive skills rare for a 6' 10 player.

Isaac moves around the court like a wing, allowing him to guard multiple positions on defense and attack from the perimeter on offense. Although the Bronx, NY native played mostly on the interior out of necessity, he projects as a big combo forward who can both put it on the deck and make shots from the perimeter, sporting a smooth, mechanically sound shooting stroke.

At 185 pounds, Isaac has a very thin upper body and small hands to go along with just a decent wingspan, but he does have some room to add weight on his frame, however, and actually sports a fairly solid base considering how thin he is. Isaac is far from a finished product from a physical standpoint, but he has a very advanced skill level to go along with outstanding size and fluidity, making him a unique prospect worth tracking as he continues to develop.

His academics will have to improve reportedly to become college-eligible, which is the reason he transferred to IMG Academy, where he will also receive some very high level coaching.

2016 power forward Robert Williams stood out amongst a group of 54 highly touted high school stars with his impressive blend of physical tools, shot blocking ability and shooting touch with range out to three. Sporting an extremely impressive frame, big hands and a 7' 4 wingspan, the Vivian, LA native proved to be a menace on the defensive end as he altered shots both at the rim and on the perimeter. Although the sample size isn't great, it's no surprise that Williams led the EYBL in blocks per 40 minutes with 9.41, nearly three blocks more than second place. Williams' shot blocking ability paired with his shooting potential makes him very valuable in a basketball world where rim protection and three-point shooting is a highly sought after combination. He has good timing, is quick off of his feet, and shows sharp instincts on the defensive end.

On the flip side, Williams is a bit undersized for the power forward position and can play with a more consistent motor overall, but given his long arms, big hands and tremendous frame, he may have another inch or two left in him before reaching his peak physically. Williams was far from the highest-ranked prospect at the Nike Academy, but his long-term potential as an athletic shot-blocking four who can shoot it from the perimeter makes him a very intriguing prospect.
Read Next...