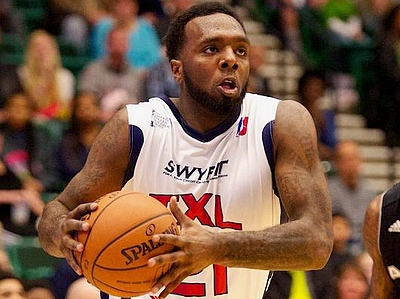 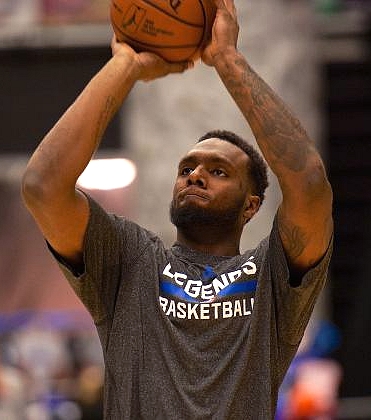 Hairston's jump-shot is clearly his most translatable NBA skill. He made 73 3-pointers in 26 D-League games, not needing any time to adjust to the much further distance of the NBA 3-point line thanks to his terrific shooting mechanics and range. Hairston has a pure and beautiful stroke, with great balance and follow through, and consistent elevation which he uses effectively to create separation and get his shot off quickly in a multitude of ways. While he was a little bit streaky with his feet set this season (made 34% of his attempts), his ability to come off screens, shoot off dribble hand-offs, and hit pull-ups from all over the floor. He's terrific in quick actions, being especially effective in transition and early-offense situations, which makes him a very valuable weapon in the increasingly up-tempo nature of the NBA. Just to complete the picture about the type of shooter he is, he made 87% of his free throw attempts this season, fourth best among all players in our Top-100 prospect rankings.

Hairston's thick build and aggressive nature allows him to be somewhat of a threat to attack opponents off the dribble, mostly on closeouts and early-offense situations. He's difficult to stop when he can get a step on his defender and make his way to the basket in a straight-line, as he's strong enough to simply bully his way to the rim and take contact inside the paint to finish plays off. He generated 6.9 free throw attempts per-40 minutes this season, a very solid mark, and converts those effectively as already noted.

Spending most of his time guarding small forwards, like he did at North Carolina, Hairston showed very nice potential defensively this season, particularly early on when he was locked in and really focused on getting stops (something that definitely wavered as the year moved on and the reality of the D-League set in). His excellent wingspan (6-9 ½) and strong frame allows him to play bigger than his just-average height, and he does a very good job of getting over ball-screens thanks to his quick feet and ability to fight through picks. His length and solid instincts serve him well in the passing lanes (1.9 steals per-40, just like at North Carolina) and he'll also come up with the occasional blocked shot for good measure. If Hairston puts his mind to it, he should be able to emerge as a solid defender at both wing spots in the NBA. 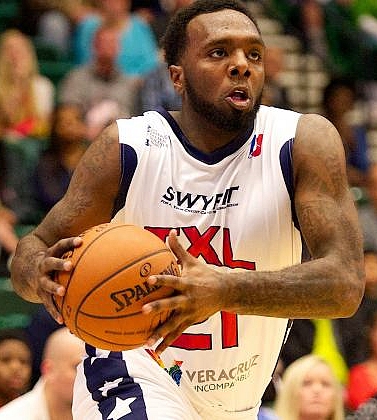 Unfortunately, Hairston developed some bad habits as the season moved on, as his effort level really tapered off towards the end of the year. He looked to be playing at half-speed on many possessions defensively, which is partially a product of the D-League's style of play and culture, but also something that was an issue for him earlier in his career, as there have been some concerns in the past about his weight and work ethic. Hairston looked so focused on leaking out offensively that his rebounding numbers fell dramatically from his sophomore campaign at UNC (7.4 per-40 then, 4.3 this year).

Hairston also ranked as one of the worst passers in the D-League this season, generating an assist on just 4.1% of his possessions (21 total assists in 839 minutes), one of the lowest rates among all players in our Top-100 prospect rankings. While some of this has to do with the nature of his role on the Texas Legends (essentially a hired gun) and some of it is a product of the style of play of the D-League in general, his assist rate ranks very poorly even compared to other D-League wing players, dead last among NBADL shooting guards in fact.

Hairston is not someone a team can really run a lot of offense through, as he's at his best playing off the ball. Isolation and pick and roll plays made up just 13% of his offense this season, similar to last year at UNC (15.8%), as he simply is not a great ball-handler or decision maker. Hairston possesses just an average first step, and doesn't show great change of speed or direction ability to compensate for that. Nearly 70% of his half-court attempts came on jump-shots, and he struggles somewhat trying to finish inside the painthe hit just 50% of his these attempts (around the basket plus runners/floaters) in the half-court this season, after converting 51% of them in college last year. Hairston won't ever be described as a freakish athlete, particularly in terms of his pure leaping ability, even if he can throw down some impressive dunks in transition at times thanks to his long wingspan.

NBA teams will certainly want to do more research about Hairston's dismissal from UNC, as well as his overall character. Barring any significant red flags, though, all in all it seems very easy to find a role and niche for Hairston in the NBA, particularly if he's willing to put the effort in defensively.

We've taken a more visual look at his strengths and weaknesses thanks to game film from the D-League in the following video scouting report, courtesy of Mike Schmitz.