The Top Five Performers at the 2016 Utah Summer League 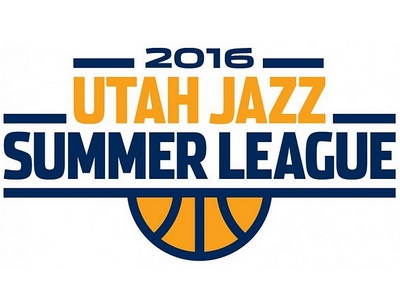 Julian Applebome
@jlapplebome
This is a list of the top ten performers from the 2016 Utah Jazz Summer League, which concluded on July 7th. The rankings are based on the statistic EWA (estimated wins added). Although EWA does not definitively determine who the best individual players were, it does give you a sense of how productive and valuable they were to their respective teams. EWA is built off the same formula as PER, but it differs in the fact that it takes into account minutes played.

The following article goes into further detail regarding EWA and how it relates to other advanced statistics.

Kyle Anderson, the third year pro and former 30th overall pick out of UCLA, put together one of the more impressive all around performances in Utah Summer League history. He led his team in every major statistical category (points, rebounds, assists, steals and blocks) and would have finished with a 3 and 0 record if not for a last second game winning shot from Terry Rozier.

Anderson, the versatile swingman who has earned the nickname Slow-Mo for his methodical style of play, dominated every facet of the game, always looking composed and under control. Anderson is at his best in isolation situations, where he can lull the defense to sleep, jab step or pump fake, then get to his spots and make plays or score the ball. He is a below average athlete, but has great timing on his drives, and uses his size well to create space and score over smaller defenders.

Anderson has only shot 16-51 from deep last in 121 career NBA games with San Antonio thus far, and he'll benefit from improving in catch and shoot situations so he can be more of a threat playing off the ball. This is a big season coming up for the New Jersey native, as he'll attempt to show he can transition into being a more prominent member of the Spurs' rotation. It remains to be seen if Anderson can play the same point-forward type of role in the NBA that he does (with great success) in the summer league (both Utah and Vegas), and this upcoming year should tell us a lot about that.

Wood surprisingly went undrafted last year out of UNLV, but signed on with the 76ers and ended up splitting time between Philadelphia and their D-League affiliate Delaware 87ers. Wood oozes potential at 6'11, with a 7'3 wingspan, he is long and athletic, but at just 20 years old he is still trying to figure out how to put all his tools together on and off the court. His one year of pro experience and development showed in Utah, as he posted efficient offensive numbers along with a PER of 43.5, second all time behind Marcus Smart's 44.9 in 2015. A notable development in Utah was Wood's 3-point shooting ability. Although only a small sample size, Wood went 4-8 from deep, an improvement from his 26% mark on 97 attempts last season. At the Las Vegas summer league he didn't find quite the same success from outside, making two of his 11 attempts.

When defenses closed out on Wood, he showed a quick first step, and used his long strides to get to the rim and finish emphatically. At this point in his career, Wood is still very much developing his ball handling abilities but he showed he could get to the basket on straight line drives and with quick face up moves in the post. He also found some success as a shot-blocker and rebounder in both the Las Vegas and Utah Summer leagues, which will both be very important facets of his game in terms of his ability to carve out a niche at the NBA level. Although much of Wood's game is still very raw, his strong showing in Utah earned him a two-year deal with the Charlotte Hornets. While concerns about his background and off-court habits caused him to go undrafted, there is undoubtedly still a great deal of upside left to tap into as a 20-year old skilled floor spacing rebounder/shot-blocker, and Wood will probably end up being as good of a NBA player as he wants to be.

Rozier, who was the 16th overall selection out of Louisville last year, like many mid first round draft picks shared time between the NBA and the D-League. Rozier found his opportunities to be limited in Boston playing behind dynamic guards Isaiah Thomas, Marcus Smart and Avery Bradley, but he excelled during his 14 games in the D-League, and had a tremendous six game stretch of summer league action the past two weeks. Against a different type of competition in Utah (and the Las Vegas Summer League) Rozier dominated again, using his strong frame, length, and athletic ability to control the game when the ball was in his hands.

Rozier is at his best getting out in the open floor, or getting downhill in pick and roll situations, while his point guard intangibles remain a major part of his development along with his outside shooting, having only shot 35-112 (31%) from 3-point range with Boston and Maine last year. Rozier has shot 7-16 in six summer league games from beyond the arc, a small sample size that is nonetheless encouraging considering the fact that he'll undoubtedly share ball-handling duties with Boston's plethora of guards if he's to see an uptick in playing time as a sophomore.

While Rozier's improved offensive efficiency is encouraging, the reason he was drafted was first and foremost due to the impact he has on the defensive end of the floor. He is a physical defender with a 6'8 wingspan who can take opposing guards out of there rhythm with pesky on ball defense, and he showed that in summer league action as well.

Too out of control at times early on in his career due to his highly aggressive style of play, Rozier did a nice job of slowing down and playing to his strengths on both ends of the floor in the month of July, something that should be very encouraging to Boston's coaching staff.

Simmons, the 26-year old versatile guard has taken a unique route to get to this point in his professional basketball career. Having started off his college career at Midland CC, he then transferred to University of Houston, and has since bounced around the ABL, and the D-League before finding a spot on the Spurs Roster. Simmons is a strong and athletic guard, and although he finished 2nd in Utah in scoring at 22 points per game behind teammate Kyle Anderson, he is at his best with the ball in his hands making plays for others. He has excellent vision and uses his ball handling abilities and size to clear space and make passes over the top of defenses. Simmons is a dynamic athlete in transition and a capable spot up shooter off the ball, knocking down a career best 40% on 50 attempts with the Spurs last season. He has also proven to be a factor on the defensive end, using his strength and quickness to guard multiple positions on the floor.

Not even invited to play summer league in his first three summers out of college, Jonathon Simmons' ascension from D-League tryout player to NBA rotation player with the Spurs is one of the most inspiring stories you'll find in basketball. Based on what he showed in seven summer league games in Utah and Las Vegas, he's nowhere near done writing his personal fairytale.

Forbes, the four year college player out of Michigan State rounds out this top five as the lone rookie. Forbes' college career began at Cleveland State where he played his freshman and sophomore year, before finishing as an integral rotation player for Tom Izzo's Spartans. Forbes' calling card is as a volume 3-point shooter, having finished seventh in the NCAA last season in 3-pointers made, at an average of 3.2 per game. Forbes has shot the ball well so far this spring/summer at Portsmouth and in Utah, showing an adeptness in navigating screens and spotting up off the ball. He is an undersized shooting guard at 6'3, and although he is an adequate ball handler he is not really a playmaker for others as his primary purpose when he is on the floor is to score the ball as showcased by his zero total assists in three games in Utah. Forbes may be able to operate as a backup facilitator in a pinch at the pro level, but he'll need to show some improvement in that aspect of the game in order to stick on the floor as an undersized guard. He has a skill that clearly translates to the pro level, and it will be interesting to see how far that skill can take him.
Read Next...