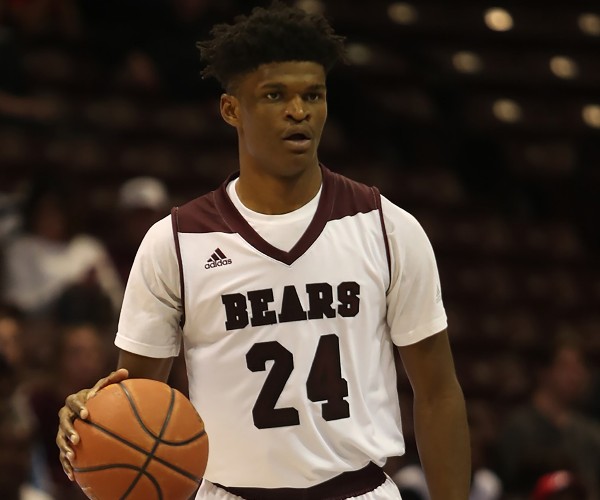 We'll look at both upperclassmen and underclassmen, analyzing players who are intriguing for the 2017 NBA Draft, as well as prospects who need more time to develop, but could be intriguing in the future. This week we break down Missouri State junior Alize Johnson, who plays in the Missouri Valley Conference.DX Mid-Major Prospect Watch
-Montana State's Tyler Hall
-Ohio University's Antonio Campbell
-Northern Iowa's Jeremy Morgan
-Southeast Missouri State's Antonius Cleveland
-Northeastern's T.J. WilliamsAs a freshman at St. John Neumann High School in Williamsport, Pennsylvania, Alize Johnson was a physically underwhelming 5' 9 point guard. By the time his high school days were over, however, Johnson had grown to 6' 4 while turning in a fairly decorated career along the way  winner of Mr. Pennsylvania Basketball in 2014. Despite leading his team to a 30-1 record while averaging 24.1 points, 15.0 rebounds and 6.3 assists per game, Johnson had no Division 1 offers after his senior year, with only a little bit of interest from St. Peter's and St. Francis.

Johnson, one of eight siblings and cousin of former Pitt forward Chevon Troutman, ended up at Frank Philips Junior College in the Texas Panhandle area. He turned in two impressive seasons at Phillips, eventually grew to 6' 9, 206 pounds, and is currently in the midst of a banner season as the statistical leader of a 15-11 Missouri State team, a group he committed to in September of 2015 before any high major offers came pouring in.

Thanks largely to his untraditional trajectory, Johnson is one of the more unique players at the mid-major level. Equipped with a high motor, wing-like fluidity at 6' 9, tremendous rebounding instincts (sixth in the NCAA in rebounds per 40 minutes) at only 206 pounds, a projectable 3-point stroke (40.8 3P%), and the ability to push the ball and find teammates in transition thanks to his early point guard days, the 20-year-old Johnson has emerged as a name to watch as he wraps up his junior season with the Bears.

While unique as a 6' 9 combo forward, Johnson still has plenty of things to improve upon, and surely needs another season at Missouri State to clean up some of his inconsistencies. Sporting a very skinny frame and fairly underwhelming length, Johnson is more of a wing physically with the skill set of a perimeter four man. He's extremely right-hand dominant, a bit high with his handle, not overly physical defensively, inconsistent as a decision maker and streaky as a shooter (63.5% from the free throw line). With all of that said, the small-town kid from Williamsport, PA has far exceeded expectations since he arrived at St. John Neumann High School as a scrawny 5' 9 point guard, and a strong finish to 2016-17 along with a stellar senior season should be enough to land him a Portsmouth Invitational Tournament invite, at least giving him a shot to show decision makers why he deserves a shot at the higher levels.
Read full article