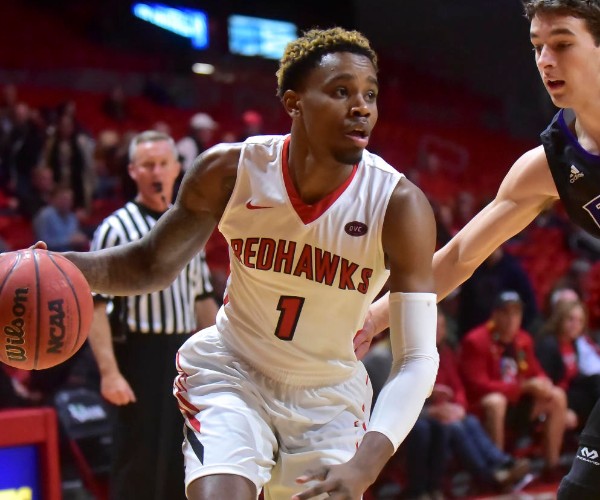 We'll look at both upperclassmen and underclassmen, analyzing players who are intriguing for the 2017 Draft, as well as prospects who need more time to develop, but could be intriguing in the future. This week we break down Southeast Missouri State senior Antonius Cleveland, who plays in the Ohio Valley Conference.

Cleveland has put together an impressive senior season, as he's taken over as the Redhawks' main offensive weapon on his way to averaging 18.0 points, 2.0 assists, 1.2 steals, and 0.9 blocks per game in 33 minutes, while shooting 58.7% from two-point range and 41.2% from three-point range.

At first glance, Cleveland's spike in stats looks like a near 23-year-old beating up on undeveloped youngsters, but he hasn't had the trajectory of your average senior. As a junior at Overton High School in his hometown Memphis, Cleveland was a 5'8 bench player who had very little impact on the floor. He eventually grew to 6' 2 the summer before his senior season and transferred to Germantown High School, where he put together a solid senior season and eventually spent a year in Prep School at Faith Baptist Christian Academy in Georgia.

Cleveland's development was a bit slower than most, but he's reaping the benefits now, at least from a personal standpoint. The Redhawks area really struggling as a team (3-10), but Cleveland was able to gain some exposure by competing against high major programs like Illinois (10 points in 22 minutes), Indiana (13 points in 31 minutes) and DePaul (28 points in 37 minutes). Dive into the video below for a full breakdown of Cleveland's strengths and weaknesses.

The 22-year-old wing has a ways to go before truly earning NBA buzz among scouts and executives, but at the very least he's likely earned himself strong consideration to be invited to the Portsmouth Invitational Tournament, if he keeps up his production in OVC conference play.
Read full article