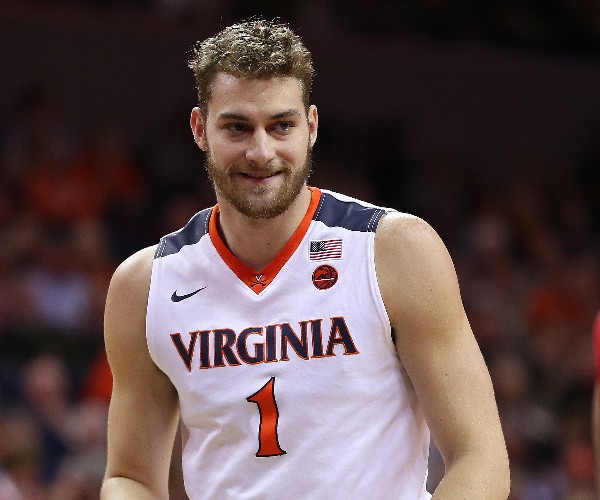 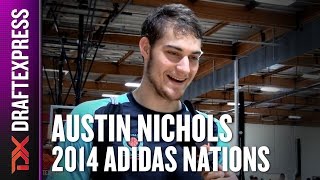 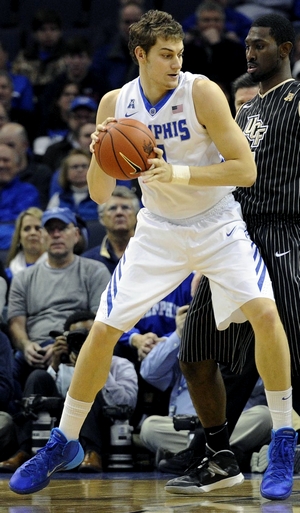 A very highly touted prospect (#20 in the RSCI) coming out of high school, who grew up not far from Memphis campus', Austin Nichols was one of the most sought after recruits Josh Pastner has landed as a head coach thus far.

Measured at 6-9, with a 7-2 wingspan at the Nike Skills Academy, and a frame that should fill out nicely in time, Nichols has very good physical attributes for a power forward. He's an above average athlete as well, as he runs the floor well, is quick off his feet, and is very mobile overallalthough he's not a particularly high-flyer from an explosiveness standpoint.

Nichols had somewhat of an up and down freshman season, scoring relatively efficiently (58% 2P%), but not on a very high volume (15 points per-40 pace-adjusted).

Nichols saw most of his offense playing off the ball, be it cutting to the rim, running the floor in transition, or crashing the offensive glass. He also saw a decent amount of post-up attempts, where he was relatively effective, converting 57% of his attempts in these situations.

Nichols has a nice knack for scoring around the basket, as he shows good footwork, solid body control, excellent fundamentals, and the ability to finish with jump-hooks using both hands and very nice touch, often using the glass. He has good hands and is a solid leaper off two feet, making him a reliable target for his guards to find in drive and dish situations, helping him convert a very solid 60% of his attempts around the basket as a freshman.

Facing the basket, Nichols is still a work in progress. He rarely got to show much in terms of ball-handling, perimeter shooting or passing ability out of the high post, things most NBA teams need their power forwards to do, so it will be interesting to see how his role evolves as a sophomore. Nichols only attempted 16 jump-shots as a freshman, and hit just 54% of his free throws, so it's difficult to say how much potential he has in this area at this stage. His shooting mechanics appears to be sound, as he has a high release point on his jumper and a nice follow-through, but he didn't appear to have much confidence in this part of his game last season, having a couple of ugly looking misses on film. Nichols' development as an outside shooter will likely play an important role in how he's perceived as a NBA prospect long-term.

Defensively, Nichols has a long ways to go before he's ready to step on an NBA court. He plays very upright, rarely bending his knees and having a difficult time getting into a defensive stance, which makes him fairly easy to score on. His lack of lower body strength causes him to get backed down inside the paint, and he has a difficult time fighting through screens, as he appears to lack both a degree of toughness and intensity in the way he approaches his work here.

Barring major improvement on this end of the floor, it's difficult to see who Nichols will defend in the NBA at this stage, as he's not strong enough to contain low-post oriented players and is far too upright and slow laterally to step out onto the perimeter and not get beaten off the dribble.

On top of that, Nichols was a very poor rebounder as a freshman, averaging just 5.3 defensive rebounds per-40 minutes, the fifth worst rate of the 28 returning collegiate big men in our Top-100 prospect rankings.

It will be interesting to see how Nichols improves in these areas as a sophomore, as he doesn't lack the physical tools to be at least a capable player in this area. He has good size, long arms, solid mobility, and nice timing, evidenced by the 2.3 blocks per-40 he averaged as a freshman. His lack of strength and experience likely played a role here.

After losing quite a bit of firepower from last season, particularly in the backcourt, Memphis will be a very different team this year. Last year's squad didn't seem to have great chemistry, ball-movement or spacing, which likely wasn't ideal for a talented freshman like Nichols. NBA scouts will be looking to see how he takes the next step in his development this year to gauge just how good of a long-term prospect he is.
Read full article