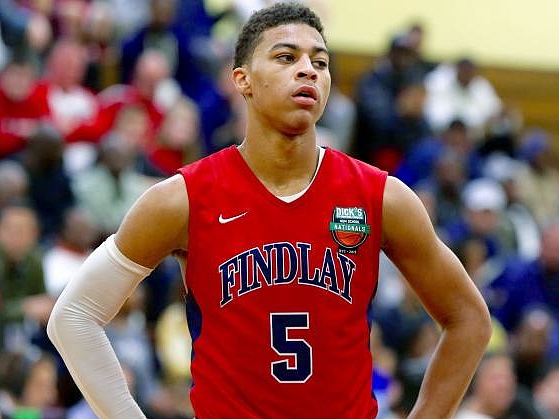 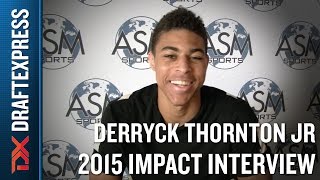 It's no surprise that Derryck Thornton's season-high in minutes played came against a vaunted opponentDuke needed him badly to run their team effectively with Grayson Allen often struggling to get the ball up over half-court. Unfortunately, Thornton isn't quite ready to provide that steady presence, which makes sense considering he is 18 years old, has never made a USA Basketball roster, and has received very little coaching up until this point in his career. In other words, he is a freshman, as spoiled as Duke fans may have gotten last year with the incredible maturity of Tyus Jones.

Thornton nevertheless showed some glimpses of talent, demonstrating nice speed in the open floor and the ability to change speeds in the half-court. He made a catch and shoot 3-pointer, as well as two pull-ups inside the arc. He can handle the ball nicely, and get to different spots on the floor, even if his finishing ability will need to improve, some of which will come with added strength. His jumper looks better than advertisedit appears he can develop this part of his game in time, and he made a handful of interesting passes that were much-needed on a night in which Duke suffered from very poor ball-movement and overall offensive flow. Turnovers were an issue, though, as Thornton made a few foolish plays, spinning into traffic wildly, throwing a post-entry pass out of bounds (and then showing bad body language blaming his teammate for not catching it), and making unforced errors. Defensively, he struggled with the strength of Isaiah Briscoe, and the speed and savvy of Tyler Ulis, looking his age on this end of the floor. The fact that he does not possess a big wingspan (measured at 6'2) to compensate for his average size is a clear negative, and the 5'9 Ulis being able to score on him repeatedly inside the paint late in the game won't help that perception.

All in all, Duke seemingly has no choice but to give Thornton the reps he needs and hope he improves rapidly as the season moves on. He has the talent to help them, but will need to produce perhaps more than he's ready for right now.
Read full article

Editor's Note: Thornton, who went to high school in Las Vegas, had no affiliation with the ASM Pro Day which happened to be going on while we were in town. He was working out in the same gym and we decided to interview him.
Read full article