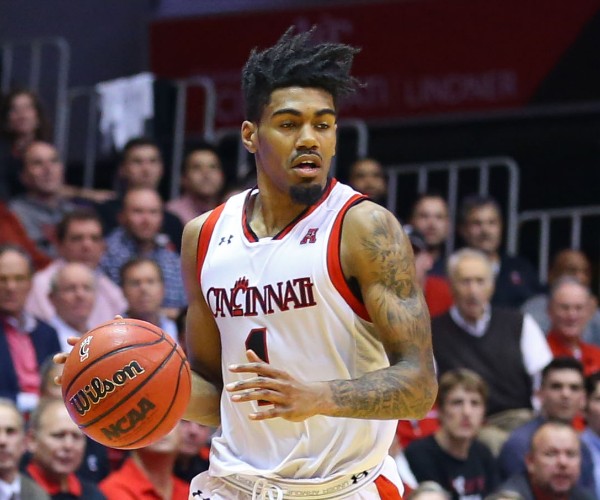 Julian Applebome
@jlapplebome
Julian Applebome analyzes the play of Cincinnati's Jacob Evans from his four games at the Hall of Fame Tip Off Tournament to start off the 2016-2017 regular season.

Evans showed off a budding skill-set as a potential 3'n'D NBA Draft prospect, making shots from all over the floor, being highly competitive defensively, and being a threat in transition and on the offensive glass. His early play has established him as someone NBA scouts will have to monitor as his sophomore season progresses, as he's averaging 18.6 points, 4.8 rebounds and 1.6 steals per game, shooting 44% for 3 and 71% for 2.

His 25 point outing against a top-25 team in Rhode Island in front of a host of NBA talent evaluators was particularly impressive.