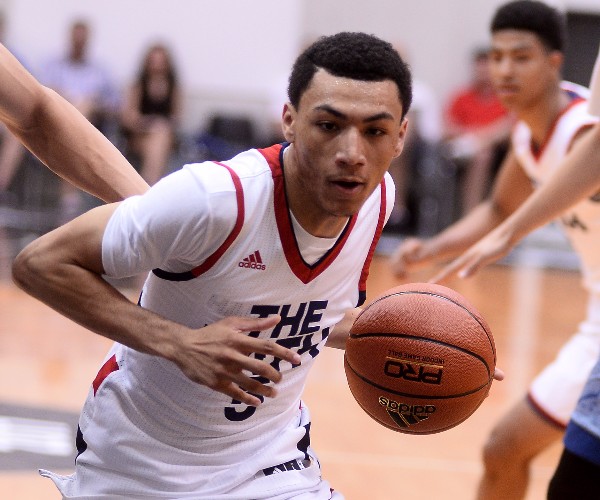 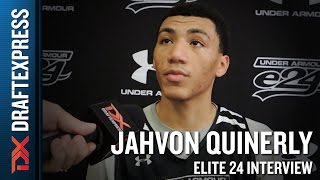 Matt Williams
@DraftExpress
Among the most productive guards in the UAA each of the last two years, Jahvon Quinerly out of Hudson Catholic (NJ) is shooting a remarkable 60/50/85 through 8 games while also dishing out assists at an elite rate.  A creative playmaker who continues to make strides with his pick and roll prowess, Quinerly has taken his game to another level in large part due to the improvement of his jump-shot. He's playing the game with superb confidence and poise, and making a very strong case for himself as one of the top point guards in this class.
Read full article

Quinerly still has two more years of high school basketball under his belt before he enters the college ranks, but he's a smooth and skilled point guard with a great feel for the game who has all the makings of an effective college player. A little bit old for his class, Quinerly will turn 20 shortly after he plays his first game as a college freshman.
Read full article