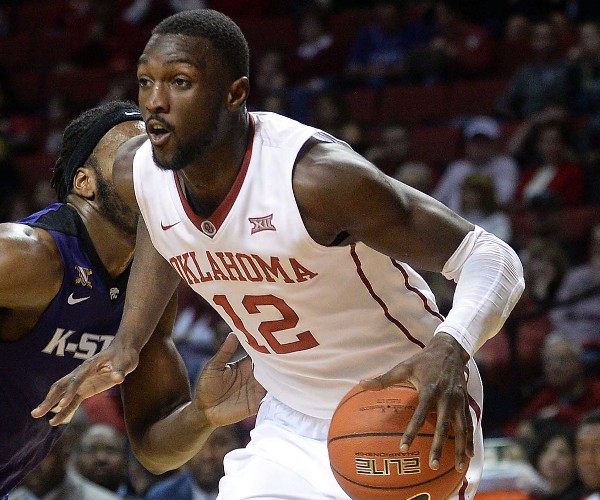 Surely one of the most interesting stories at this event, Khadeem Lattin is a rare prospect who elected to take the diametric opposite route most players here are looking toleaving the US for Europe at the tender age of 16. Lattin and his support group were reportedly not happy with the pace of his development in Texas and the grassroots world of summer basketball and opted to spend his final two and a half years of high school at Canarias Basketball Academy.

Located in Las Palmas de Gran Canaria in the Canary Islands off the coast of Morocco, but officially a part of the territory of Spain, the CBA is a basketball academy run by an American coach named Rob Orellana. The academy recruits prospects around Europe who are interested in playing NCAA basketball, helping them get academically eligible for college and giving them exposure through tournaments such as this.

Khadeem is the grandson of Dave Lattin, the starting center of the famed Texas Western Miners team (featured in the movie Glory Road) that broke down racial barriers as the first all-black starting five in NCAA history.

Standing around 6-9 with big hands, very long arms, and a frame that will likely fill out nicely in time, most of the intrigue surrounding Lattin revolves around his strong physical profile. He is a solid athlete who can make his presence felt in the paint on both ends of the floor, even if he lacks significant polish at this stage.

Offensively, Lattin is fairly limited, getting most of his production at this tournament by running the floor, crashing the offensive glass, and finishing any plays his guards were able to create for him around the basket. Not very aggressive in this setting with the ball in his hands, his post moves, jump shot, and overall ball skills appear to be unpolished. He scored 17 points total in his four games here, playing only 15 minutes on average, still seemingly adjusting to the very different style of play of European basketball and even looking a bit passive at times.

Defensively is where Lattin is able to make more of an impact at the moment. Although his intensity level was up and down at this tournament, he's capable of blocking shots, getting deflections and coming up with some extremely impressive rebounds when he's fully dialed in. His quick feet and excellent length allow him to step out occasionally to the perimeter, even though he still has a long ways to go in terms of gaining experience and improving his instincts and overall feel for the game.

A year younger than most of the prospects herenot turning 17 until this AprilLattin is clearly still in a very early stage of his development both physically and skill-wise. He has some nice tools to work with, and is surely a prospect worth keeping track of in the future, especially if he grows another inch or two.
Read full article